The UK top five remains unchanged this week, despite a 24% decrease in sales after Black Friday.

This means Call of Duty: WWII celebrates a fifth week at the top of the chart, putting it on par with Activisionâ€™s own Crash Bandicoot N.Sane Trilogy â€“ the previous record holder for weeks held at no.1 in 2017. 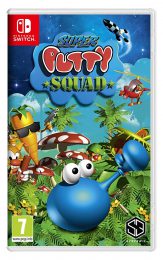 Could Call of Duty claim a Christmas no.1? Itâ€™s highly likely â€“ PUBG on Xbox One is the only remaining big-name release of 2017. We shouldnâ€™t rule out FIFA 18, however, and thereâ€™s also chance that The Last Jedi fever could propel Star Wars Battlefront II up the chart.

Sonyâ€™s Knowledge is Power remains just outside the top ten, rising from #16 to #11 to this week. Fellow new release Hidden Agenda remains in the top 20 too, now at #16.