Nintendoâ€™s decision to release a special pre-E3 edition of their news show Nintendo Direct has a slight knee-jerk feel to it. Most have assumed itâ€™s because EA and Ubisoft are planning to show their Wii U titles at E3 on Monday, which is something they wouldnâ€™t be able to do without showing off the new and improved Wii U hardware. Nintendo’s full-blown conference isn’t until Tuesday, lest you forget.

So what’s new? The controller, now known as the Wii U GamePad, has improved analogue sticks and NFC has been confirmed allowing for Skylanders-style scanning of physical items. The button to activate it is circled in yellow in the image below: 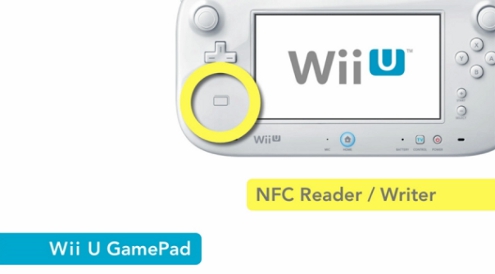 As well as the new Wii U GamePad, a comfortable looking Wii U Classic Controller has also been shown which resembles an Xbox 360 controller. The blue lights on the bottom suggest four can be synced to a system. 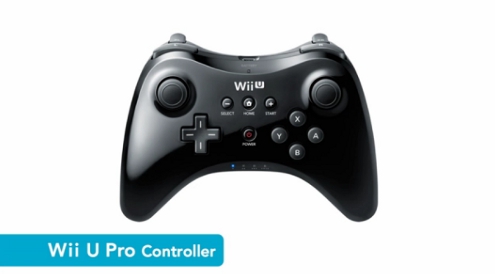 The software which instantly appears when switching the Wii U on is known as Miiverse – a Mii Universe – which allows you to see friends who are online. If you become stuck on a game, it’s possible to contact other players and ask for help via software rather like Twitter. The Miiverse will also be viewable on 3DS, PC and mobiles after the Wii U launches. 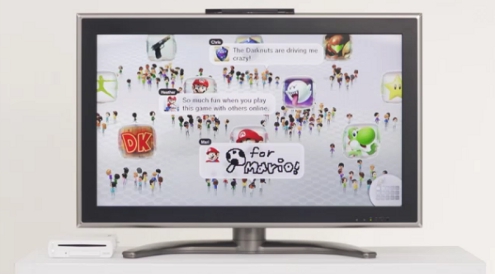 During a demonstration, a player stuck on a generic zombie shooter video-chats with his trendy grandad for assistance. A black controller was used, complete with a matching Wii U. It’s probably safe to assume the Wii U will launch in two colours, just like the 3DS did. 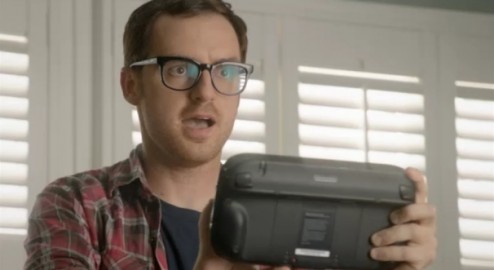 There’s an internet browser built-in too, which can be viewed either on the controller or on your TV. Nothing fancy, but it should come in handy when a quick trip to GameFAQs is in order. Images on the TV can be covered up and then unveiled with a curtain pull and a drum roll. “Ta da! Here’s a picture of me in the nude!” 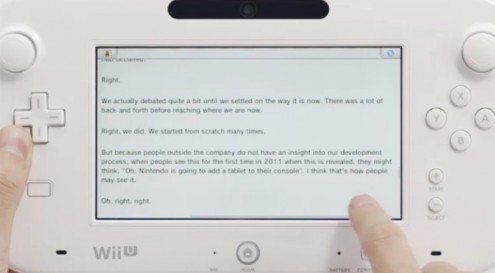 No games were shown apart from a few clips from last year’s tech demos but we only have to wait until Tuesday to see what Nintendo has been working on. Something a little more exciting than New Super Mario Bros. Wii U, we hope.