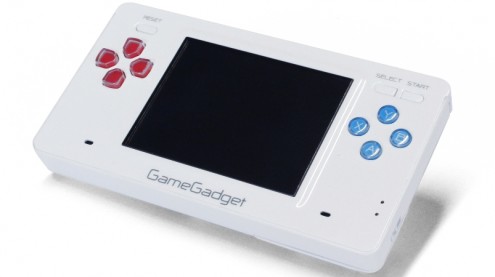 We had a brief look at the GameGadget – the self-proclaimed “iPod for retro games” – back in January, a couple of months before launch. Since then it’s certainly been eventful, so it’s time for a catch up.

The hardware’s the easy part

The software side has gone less well. Indeed, the system could do nothing for more than a week, until around 13th April – a period nicely described as “paper weight hell” by the company – such were the technical issues around system registration.

The system launched with ten free Sega games to download, but the GameGadget Application – repeatedly referred to as “the gaming equivalent of iTunes” – wasn’t ready. Version 1.0 was eventually released on 5th May, a month after launch.

Even now, the only way to buy a game is via a page on the GameGadget website, and waiting for the company to manually activate it for download from the application. A fully automated system – or any kind of subsequent update to the application – is, as far as we can tell, still awaited.

The software catalogue has similarly under-delivered: the “premium content” consists of a handful of Sega and other Mega Drive games; that sits alongside a selection of shareware and freeware, including Doom.

Following the launch of the GameGadget Application on 5th May, there was an subsequent message on 8th May, amongst other things trailing an update to the application, announcing a support ticket system, and providing some information on new premium content:

“For example we are currently working on a package of games original released on the Amiga CD32. We have the support of the publisher to provide these and want to get them on the site ASAP however there are some hardware issues which we have to resolve before we can release these. The same goes for a large quantity to ZX Spectrum games and Amiga titles, these games need a longer testing process to ensure compatibility when you are trying to deal with games that previously required a keyboard, Mega Drive is obviously a lot more straight forward as it is simply a case of mapping the buttons correctly.”

It then very quiet for a week, other than this Tweet:

@Lord_Sugar we would like to license the use of Amstrad and ZX Spectrum for our new handheld games console, who would we speak to?

The next update, on 15th May, started surprisingly: “All just come back from some much needed time off!” More surprisingly, a barrage of anger and abuse didn’t follow.

The patience of GameGadget’s early adopters has been remarkable, in fact. Some have, inevitably, asked for refunds, which to the company’s credit seem to have been forthcoming. One such ex-customer, Johnathan Lugo, has written a blog about his unhappy experience, which is worth a read.

But many others have been and remain willing to stick it out, hoping for that “iTunes-style” retro gaming experience which they were promised. You can see as much on the GameGadget forum.

That update on 15th May stated that the GameGadget Application v1.1 would be released on 21st May, with the full game purchasing within the application. That date came and went.

The next update was 24th May: “senior management meeting today to asses the short and long term strategy for GG” [sic]. That was followed by the announcement that distribution will now be handled by Xploder – purveyors of cheat devices – rather than Blaze Europe. What does that mean? It’s still yet to become clear, but as companies they’re certainly not unrelated.

In the short term though, the Facebook page was purged of all previous posts, and the forum adopted a pretty hostile approach to any sort of negative comments, using phrases like “I shan’t warn you again” and “close the door on your way out” in response to a quite mild request for a update with substance.

Engaging the media, then not so much

GameGadget were big on media coverage pre-launch, and there was a lot of good will towards the project.

It doesn’t look like any review units made it out though; Eurogamer have resorted to seeking to borrow one via the GameGadget forum, and Retro Gamer evidently had no luck either. Our request was acknowledged, but needless to say nothing was offered to us.

A matter of expectations

It’s not hard to see what’s gone wrong. It’s clear that the GameGadget launched in basically a beta testing phase. Unfortunately, nobody told the paying customers. Some of them apparently don’t mind. Others want what they thought they were paying for.

The company’s solution now seems to be to get rid of dissatisfied customers with a refund, and work on improving the product with compliant customers. Which is, you’d have to say, what they should have done up front in the first place, rather than promising the world – or the retro gaming world, at least.

What the company has to say

A spokesperson for GameGadget had this to say:

“We are updating the software systems (PC, Firmware etc) every two weeks or so via internet downloads – just as say Apple do for their products.

“Software wise, we are either in dialogue or attempting to speak with all the major hardware platform holders and game publishers.

“GameGadget, if used with various emulators, has the ability to play over 100k games. The difference between GG and other similar devices is that we want to create an environment whereby users pay for content. Publishers are being slow to understand this, so we have changed our business model with them to increase their royalty to 70%. This has increased the number of publishers we are speaking to. Our fear is that GG users get tired of waiting for publishers to provide content and just download content from the internet for free, as they currently do on a PC, Dingoo, hacked PSP, Android or other devices that handle digital content.”