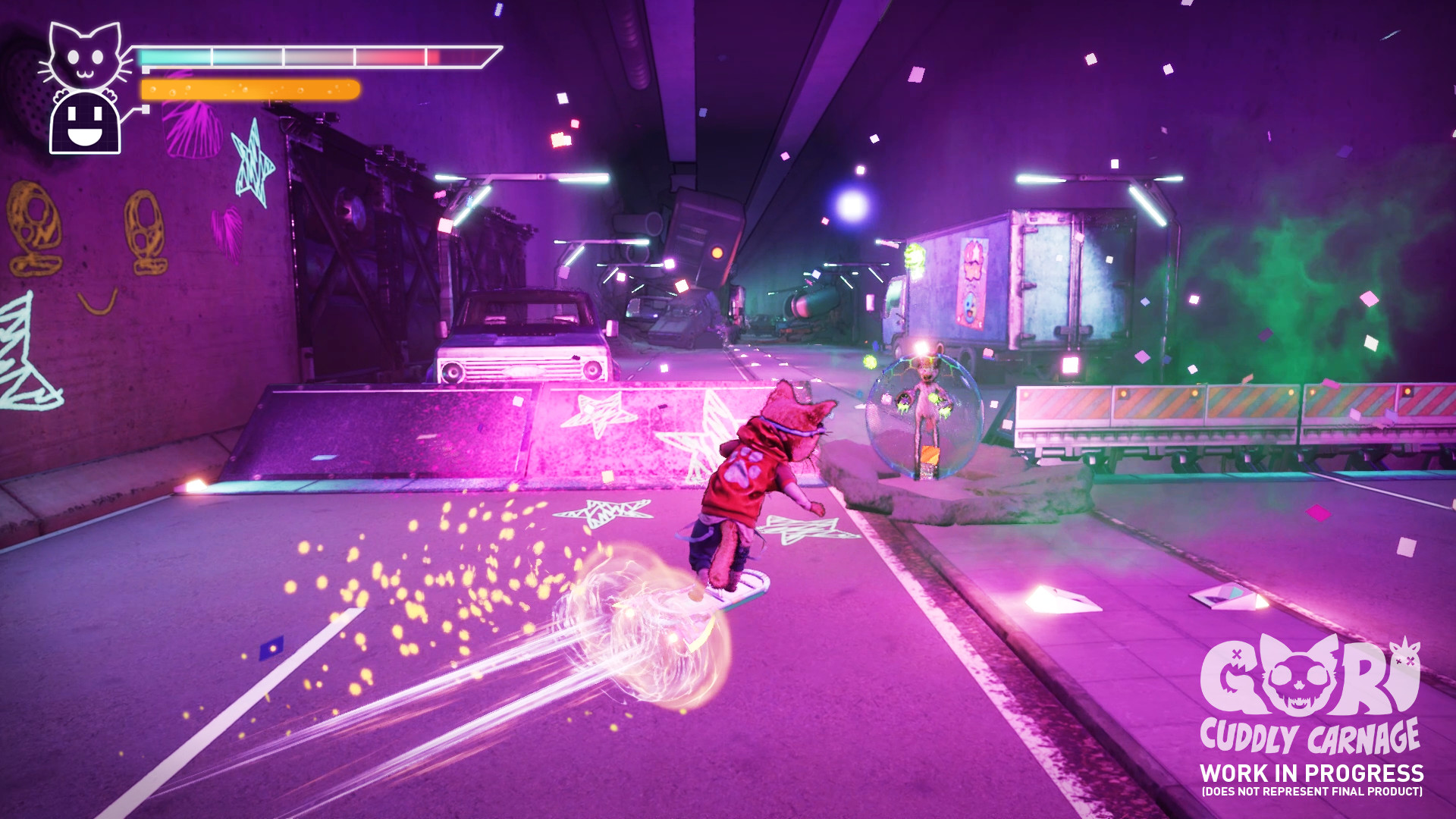 Considering how ludicrous it looks, Gori: Cuddly Carnage isn’t too tricky to describe.

It’s a ‘skate ‘n slasher’ in which a foul-mouthed feline hoverboards around neon-hued environments while dismembering sinister toys. A melting pot of blood, toys, glitter, fur, and cuteness. Or a mixture of Sunset Overdrive and Conker’s Bad Fur Day, if you will.

Gori and his sentient hoverboard F.R.A.N.K become caught in a battle against an army of corrupted toys. Known as The Adorable Army, they’ve already managed to wipe out mankind and destroy Earth, prompting Gori to rise up and defeat the army’s leaders.

Developed by Angry Demon Studio and due to be published by Wired Productions, the Steam page is now live. There’s no release date yet, though.

There’s no word on a console release either, sadly.