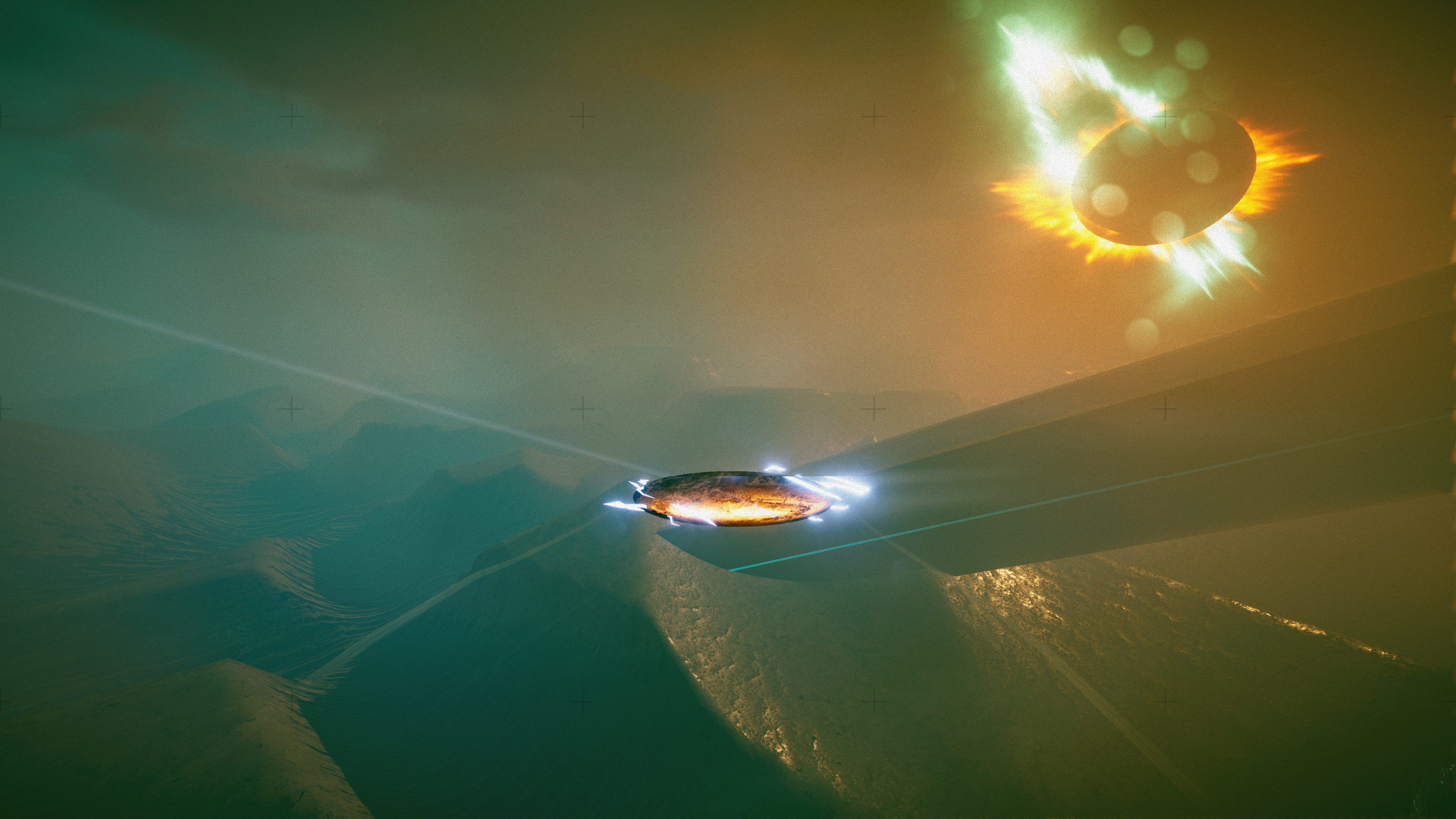 It comes as a surprise to discover a last-gen version of Exo One is available. Putting a shape-shifting UFO at your control, it entails crossing vast distances of interplanetary terrain at sound-barrier breaking speeds. As you hurtle through electrical storms, skim across oceans and soar above clouds, it often comes incredibly close to achieving photorealism thanks to explementary lighting and environmental effects.

When it came to picking screenshots for this review, we had oodles to choose from – hopefully we’ve done it justice.

While certainly a looker, Exo One isn’t going to please everyone. This much was evident even before starting – wildly mixed Xbox user reviews suggest numerous gamers went in blind and was subsequently confused. In a way, it’s understandable – it’s far removed from your typical gaming experience, while also being limited to what it can offer. The upside is that it’s one of the year’s most unique experiences.

Exo One, quite simply, invites you to traverse miles upon miles of interplanetary terrain, from snow-tipped mountains to stunning blue oceans, while listening to howling winds and an ambient musical score. Planets vary in ruggedness and colouration, each featuring unique environmental challenges.

Navigation forms a large part of Exo One’s challenge. Your goal is to seek and head towards colossal monoliths that emit a bright blue light. They’re often visible immediately after touchdown, but you’re going to have to travel vast distances to reach them, using air currents to climb higher, or perhaps careen down a mountainside to gain full, sound-barrier breaking, momentum.

The remaining challenge comes from controlling the enigmatic space-age vessel itself. It can change from a glowing sphere to a flying saucer at the push of a button, while the right trigger is used to alter gravity. The idea is, in theory, to use the sphere to roll down hills and mountains before taking off as a saucer, using a combination of wind and momentum to glide.

It doesn’t take too long to master swooping and soaring, but even so, there are numerous instances intended to catch you off-guard. One of these did, unfortunately, require a stage restart after (literally) becoming stuck between a rock and a hard place.

There’s a story to decipher too, involving flashbacks and transmissions from a lost crew. Speedrunning aspects give further incentive to return – our first run clocked in at 3 hours, although that did include the aforementioned stage restart. The achievement list suggests under an hour is possible, which presumably requires all the hidden upgrades to be discovered. Incidentally, the achievements are mostly challenging to unlock, inadvertently teaching means of beating best times.

By now it should be clear if Exo One will appeal to you. Being deeply into Cosmology is a good starting point, but you’ll also need to bear in mind that this is a game light on action, being primarily a meditative experience. An interactive trip to the stars, if you will. Oscar Wilde would approve.

Exbleative’s Exo One is out now on PC, Xbox One and Xbox Series.