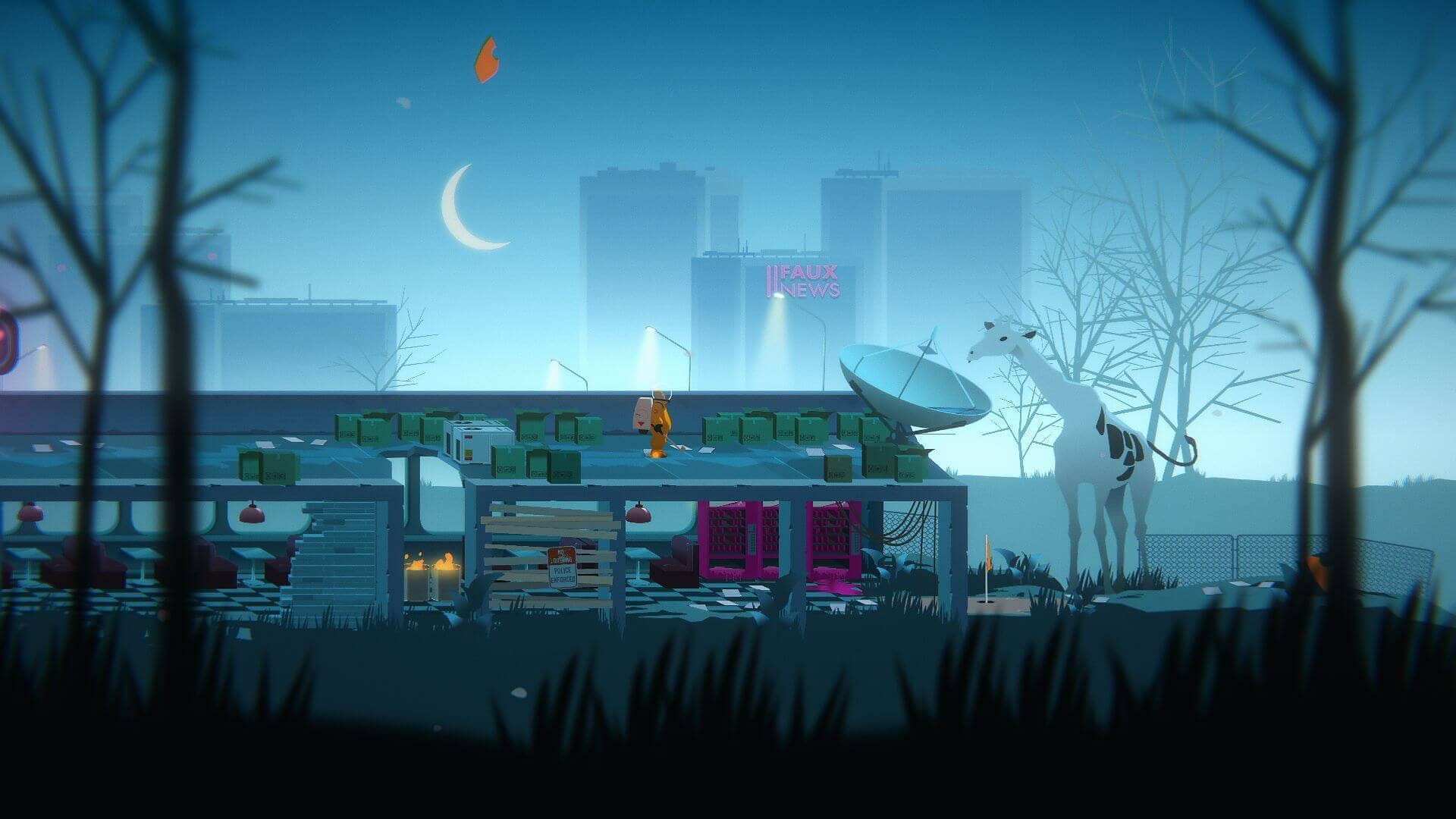 Narrative-driven dystopian crazy golf. It’s a high concept, but all three elements are crucial – Golf Club: Wasteland works because it adds up to more than the sum of those three parts.

The dystopia is enjoyably bleak. Having made an absolute mess of Earth, the super-rich have moved to Mars, and come back to Earth only to play golf in hazmat suits and jetpacks. It’s horribly close to being plausible. The ruins of the planet are gloriously rendered, all muted destruction contrasting with fuzzy neon signs. The only real misstep in the tone is some of the signs and graffiti, which occasionally stumble into the trite, already-outdated, or puerile.

Those aberrations stick out because the narrative gets it so right. The stories of your lone golfer, and the mystery narrator, come out through brief snippets at the start of each hole, and diary entries which are unlocked by beating par. It’s slight, but effective in driving the game on. Radio Nostalgia From Mars, which broadcasts throughout, subtly fleshes out the background – between the presenter, music and callers, you slowly build up a picture of life on Mars.

Meanwhile, there’s golf to be played. The mechanics are kept simple: set the angle and power with the analogue stick, and press A to swing. It’s perfectly serviceable, but the UI – which is similarly minimal – could have done with giving a bit more feedback. The game demands some very precise shots, and judging the exact angle and power required can feel needlessly hard – an option to display numeric values, or an indication of your last attempt, would have been welcome.

That said, frustration can be avoided by switching to story mode, which doesn’t care how many strokes you take. For the most part the difficulty is sensibly managed, but there are a couple of holes in the second half which are both long and exacting, which are an acquired taste in the standard challenge mode.

Otherwise the course design is rather enjoyable, with some imaginative obstacles and interaction with the environment. There are multiple routes and shortcuts to be found, which reward a little planning and exploration.

Separately, all the elements – the narrative, the dystopia, and the crazy golf – are mildly diverting. But combined they make for a strangely engrossing few hours.

Golf Club: Wasteland is out now for PC, Mac, Nintendo Switch (played), Xbox One and PlayStation 4