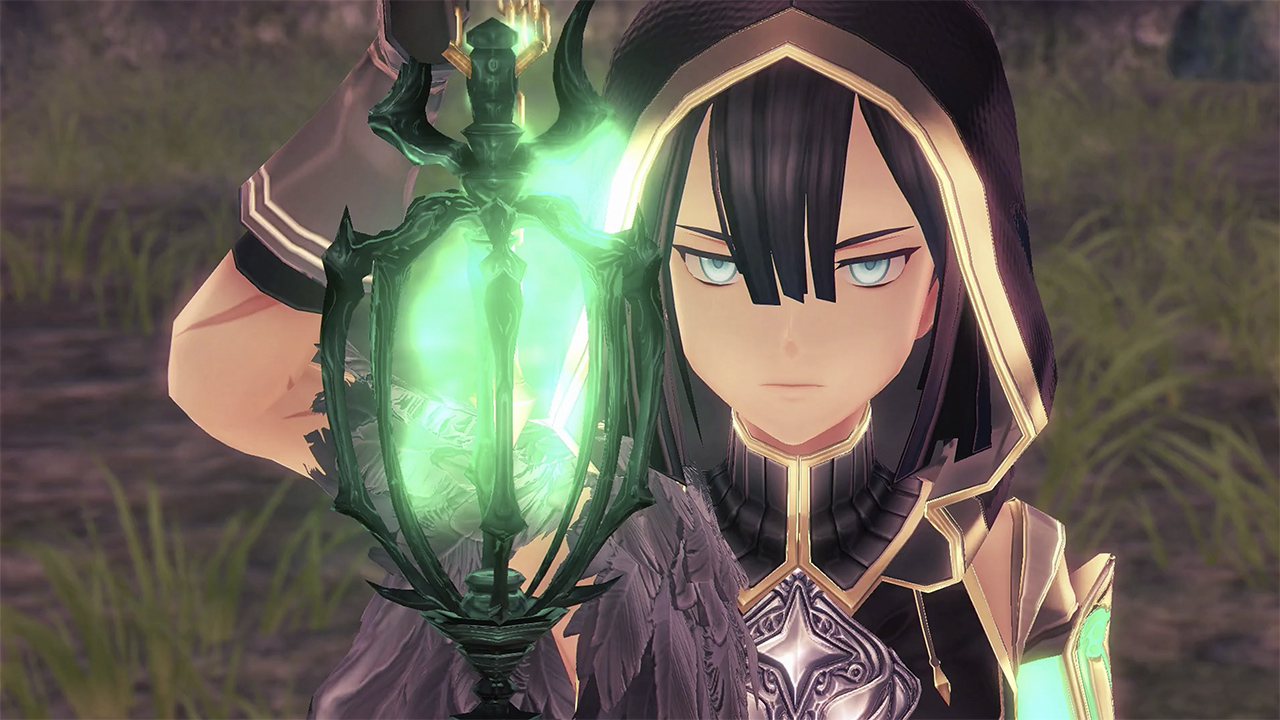 Even though Monstrum Nox is the latest entry in Falcom’s long-running Ys series, there’s no need to worry if you haven’t played previous entries. Monstrum Nox happens to be an ideal point to jump in, with a (mostly) self-contained story and mechanics that are introduced slowly and sensibly.

Monstrum Nox once again puts you in the boots of Adol Cristian. He’s the protagonist of the Ys series – an adventurer with so many tales and quests to his name that his fame is known throughout the land. Like a fantasy Bear Grylls with less urine intake. On arrival at the town of Balduq, he’s immediately arrested. A prison break then ensues. If that wasn’t enough drama, he’s then granted a range of magical powers.

These powers are a result of Adol being turned into a Monstrum. This grants Adol all sorts of special attacks and the ability to teleport from one place to another. It does, however, leave him looking like the lead singer of 2002’s worst Nu Metal band.

Throughout the story, you’ll meet other Monstrums. Each has their own wieldable power, and the Monstrums themselves are wonderfully designed. Why you’ve been dealt this fate (ergo, the reasoning behind everyone’s huge shoulder pads) then becomes the main mystery.

It’s a very silly set-up. During the game you’ll be using your powers in action RPG battles, slashing and dodging through an array of truly peculiar enemies, while also using your abilities to explore the town, talking to townsfolk and taking on side quests.

It’s within the town where everything comes alive. Monstrum Nox feels like a throwback to the good old days. While it can be sometimes shabby around the edges, the town is stuffed with quirky people to talk to, and plenty of things to see and do. You can find viewpoints and collectables – which bestow bonuses – and go browsing in the various shops. It’s even possible to donate meals to the needy.

Balduq feels like a real place, and its vastness never made us long to explore outside the town walls. Especially when you get to the ability to run up walls, parkour style.

Combat takes three different forms. Around the town, there are markers, which summon monsters when run into – the kind the townsfolk cannot see. These fights usually last a minute or so and are a handy way of getting experience and testing out skills.

Then there are underground dungeons you’re asked to explore throughout the adventure. These can be quite long and challenging, and for the most part are extremely linear. This leaves us with the Grimwald Nox. This is a battle area where you’re joined by your fellow Monstrums, and you must survive waves of enemies trying to destroy a crystal. Luckily you can deploy decoy crystals and cannons to help you in your fight, and AI for the other Monstrums is pretty good, giving you a decent amount of help. These events are generally used to unlock new parts of the town.

There’s a lot of combat, basically, and Monstrum Nox doesn’t always justify it. The systems are more than functional, but I never felt I was doing much more than button mashing. The combat looks flashy, and an observer might have thought I was pulling off impressive attacks, but I never felt connected to my actions in a fluid way. The fact that the combat isn’t particularly deep does make it easy to see the story though. In fact, failing some sections allows you to continue as if you’d completed the section correctly, which is a beautiful bit of accessibility.

I had a blast with Ys IX. It’s over the top and silly. It’s not perfect, though. At one point I was overwhelmed by the sheer number of mechanics. Quests completed sometimes add a new friend who lives in your hideout, and each new friend introduces new mechanics, as well as a ‘friendship-o-meter’ that you can raise by gifting items. It’s like Falcom saw the mechanics in every other RPG and started collecting them.

We also had some issues with the story. While mostly charming and fun, we screwed our faces up at one plot point. It’s also a little rough around the edges – some fights suffer from framerate hiccups, and the limitations of the budget are made obvious in a dodgy character model and textures. One character’s breasts also appeared to be made from water balloons(!)

Despite these drawbacks, Ys IX is a massive success. It’s welcoming to new players, while also having nods to the older games. The combat isn’t deep, but it is quite fun, in a mindless way. Its real strengths lie in the exploration, traversal mechanics and the fun cast of characters. Anyone looking for some hack and slash fun, or a new RPG to get their teeth into should investigate. You’re Nox going to be disappointed.

Ys IX: Monstrum Nox is out now on Switch.