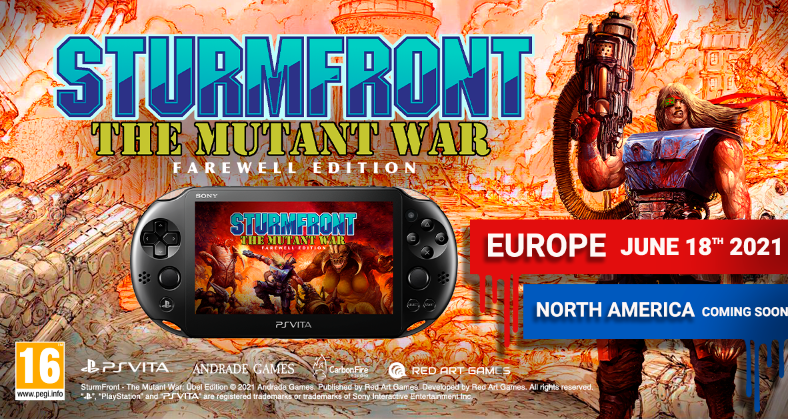 It so transpires that a handful of indie studios have new games lined up, helping the cult handheld to go out with a bang rather than a whimper.

We covered Sometimes You’s promising Metroidvania Witchycraft (a “temporary” PS Vita exclusive) last week. This isn’t the only release from the indie specialist – sci-fi puzzler Mind Maze is planned too, playing like the classic pen and paper game Dots and Boxes. We found the recent demo surprisingly challenging.

Then there’s Russian Subway Dogs (also coming to PS4), based on the real-life stray dogs of Moscow who’ve learned to ride the subway and snaffle food from passengers. The PC version, from 2018, gained ‘very positive’ reviews on Steam.

These two are overshadowed somewhat by the aptly named SturmFront: The Mutant War – Farewell Edition. The original SturmFront only hit the likes of Xbox One and PS4 back in April, gaining favourable reviews and comparisons to 1992’s Total Carnage.

A few more homegrown projects springing out of nowhere isn’t out of the question, so don’t be surprised to see something not covered here on the storefront tomorrow.