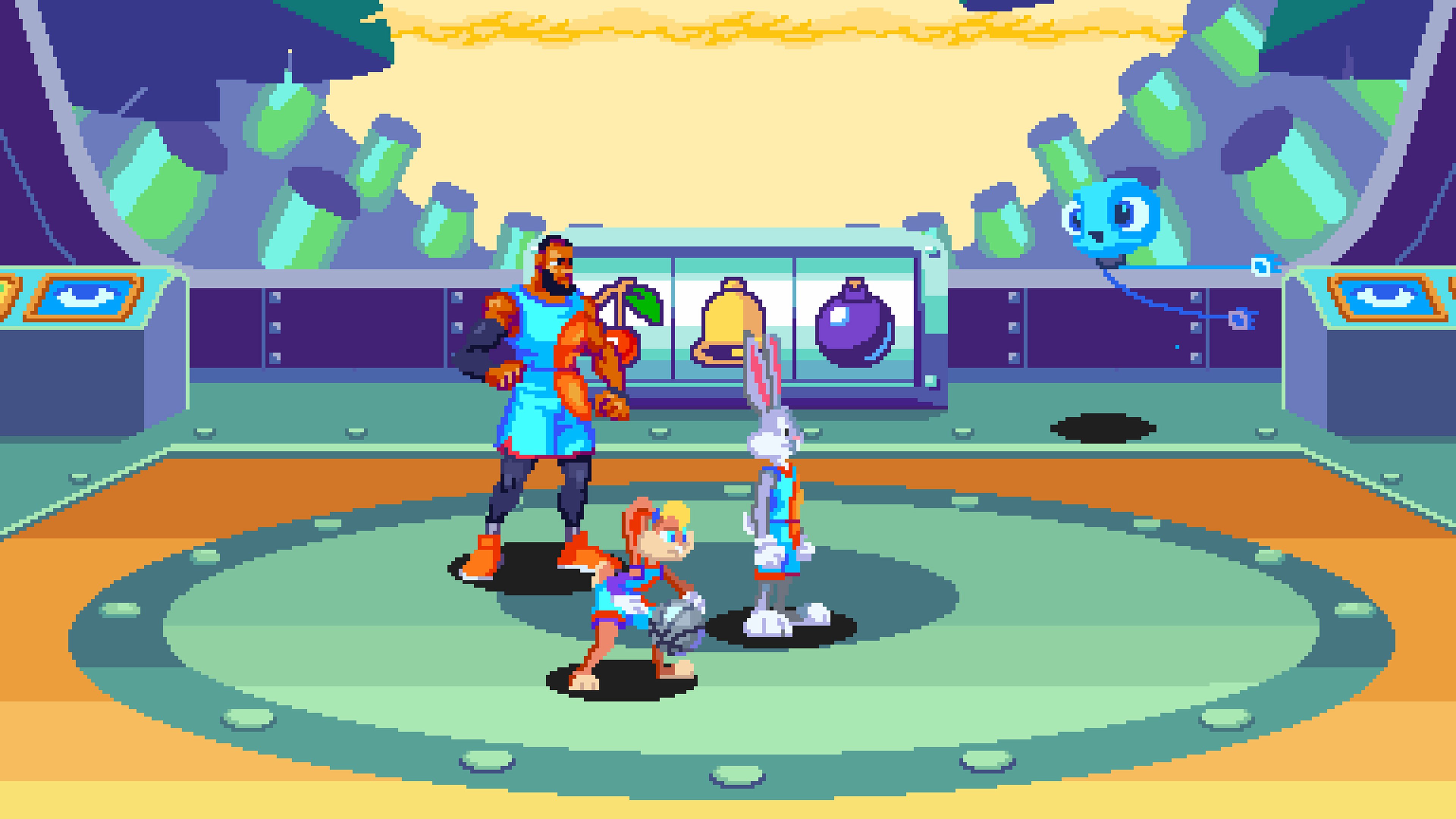 Space Jam: A New Legacy – The Game launched on Xbox One last week, available as a free perk for Ultimate Game Pass members. Aside from being a rather brazen promotional tool, there’s one other downside – it’s incredibly short, with a runtime of around 30-40 mins. While it lasts, however, it’s pretty good.

What we have here is a three-player scrolling beat’em up, not dissimilar to Konami’s classic ‘90s licensed arcade games. Bugs, Lola and LeBron are playable, and in keeping with the basketball theme, it’s possible to pass a ball to one another, knocking down robot adversaries. This ties into the combat system brilliantly, which rewards players for bouncing balls off enemies and air juggling.

Bugs and Lola attack using boxing gloves, frying pans and a few other random objects, while LeBron prefers to use his fists. Enemy types are recycled quite heavily, but there are at least several types, including pesky flamethrower units. A trio of bosses feature too, with the boss battle music being surprisingly catchy.

Collectable character cards help to even the odds, useable after filling a power gauge – Taz whizzes around the screen, damaging enemies, while Granny doles out health-bestowing treats. There are a handful of character cards to collect, and to obtain them all the ‘hard mode’ and ‘boss rush mode’ must be beaten, which is where the majority of challenge and replay value lies.

What impressed us the most was how great the pixel art looks – the team at Digital Eclipse clearly went out of their way to capture the feel of the Space Jam universe, while remaining true to the 16-bit era. Pay attention to the backdrops and you may notice a few sneaky references.

It’s a shame that it’s over before it gets going, really – it gets more right than some of the scrolling brawlers we’ve seen on the digital storefronts recently. Enjoy it while it lasts.