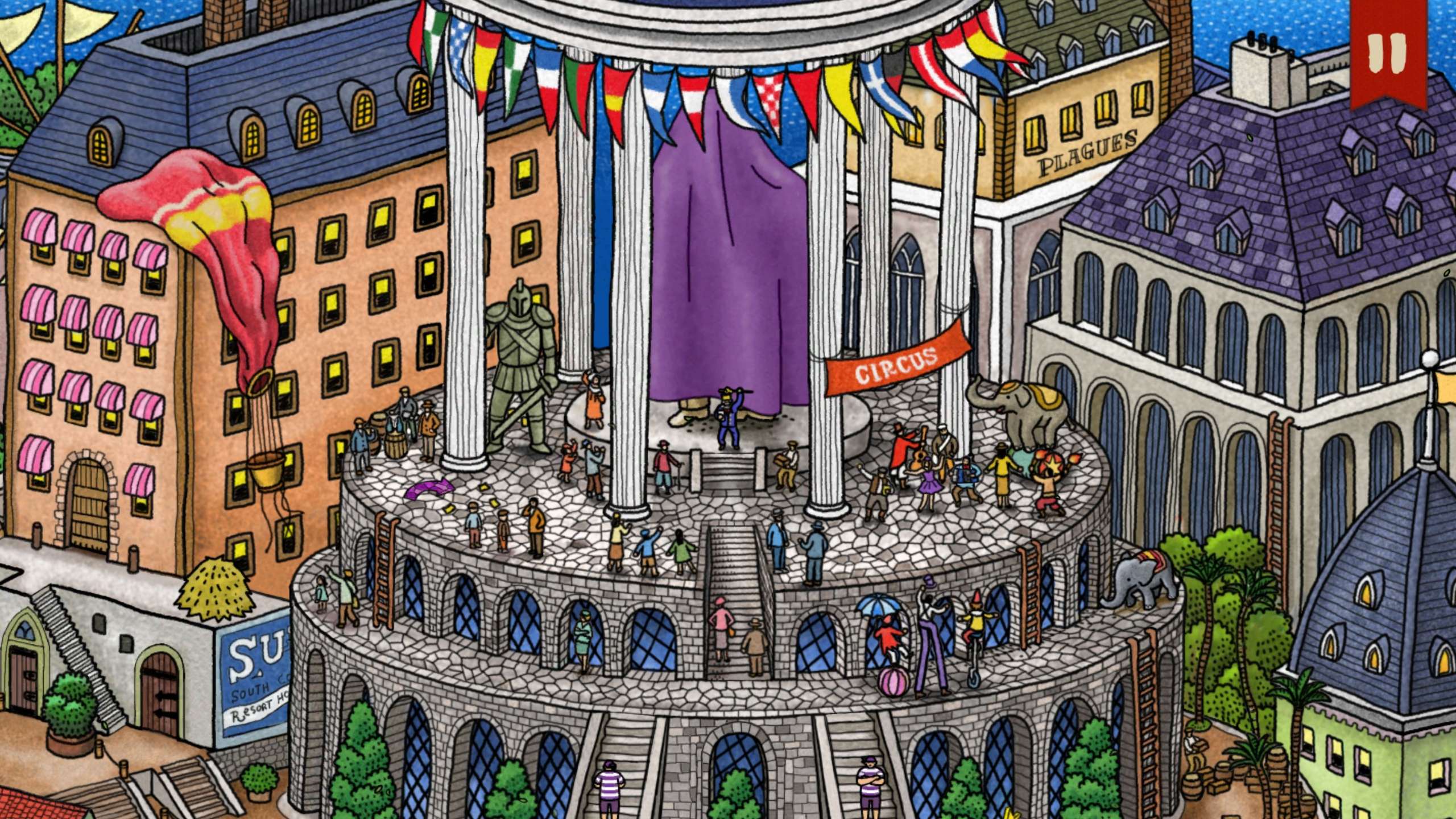 Pierre is an incredibly special detective. He has the ability to find his way through any maze.

Labyrinth City: Pierre the Maze Detective is a cross between a platformer game and Where’s Wally, with perhaps a dash of Professor Layton. Based on the children’s activity book, each level is a wide and distracting map full of things to see as you try to make your way to points or people of interest to chase down Mr X and retrieve a magical stone.

The children’s books are intricately designed mazes for detectives aged 8 and up, where they help Pierre and Carmen chase down the villain Mr X who has stolen a magical artefact from a wonderful location. Playing on Steam using keyboard and mouse, I was soon scooting Pierre into his first test of maze solving abilities. While the control system is strange initially, it was still quick and easy to get used to.

There are ten levels of wonderfully detailed scenes where you have to help Pierre find his way through a literal labyrinth of people and obstacles. Each is staged with its own music, which is whimsical and fun. The art style is simplistic and engaging, with much to see. Things can be interacted with which may reward clues to solve puzzles or snippets into Mr X’s plans.

The beauty is in the detail. In the museum, for example, interacting with a pot might release a little ghost, or opening up car doors while they’re waiting in traffic might suddenly release a bunch of balloons or a big pool of water. Why? Because why not. I spent about as much time interacting with the environment as I did looking for the path because almost everyone has something to say and there is always something to find.

If you are eagle-eyed enough, you might find your way to a secret mission on each level which can be pretty tricky but reward an achievement or find a star statue, of which there are three. Add some treasure chests and Mr X’s clues to the mix, there is quite a lot to see and do in Labyrinth City. I know I missed a couple on each level at times, so I am eager to go back and find them all.

As I progressed through the game, I realised there were characters I had seen before in previous levels each with their own storylines going on bringing them to the same location as Pierre. There is a ninja who is in a friendly competition with you to catch the stars, the travelling band of fantasy adventurers, and even the town mayor who needs to make sure you really are catching Mr X because it’s bad for business not to.

As an adult, I finished it in about three hours, but I still enjoyed it for its change of pace. The art and music go beautifully together, creating a vibrant and busy world. I think children it is aimed at will enjoy it which is handy since it is coming out on Switch, iOS and Android, but I think a lot of adults will like it too.

Despite being based on a children’s activity book, there are plenty of pop culture references that will raise a few eyebrows. If you enjoyed games like Hidden through Time or Wind Peaks, this is one to check out.

Labyrinth City: Pierre the Maze Detective is out now on Steam and coming soon to Switch.