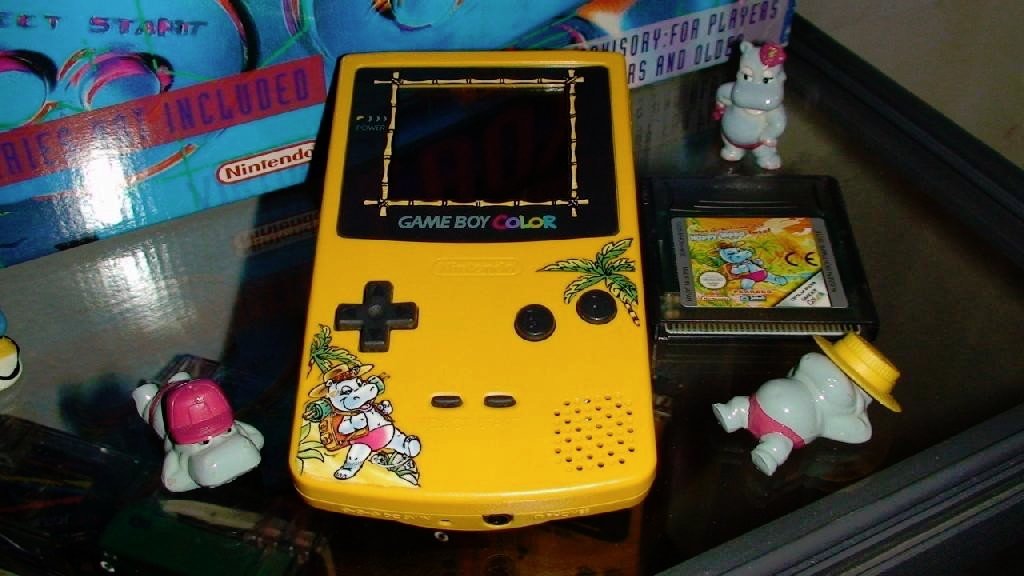 The winning combination of a chocolate egg and a small toy has made the Kinder Surprise a confectionary staple. In the years that followed since its conception in the mid-’70s, the sweet treat even managed to amass a following amongst toy collectors, with the most prized toys of all being the small hand-painted figurines Italian manufacturer Ferro launches periodically.

Those who grew up in the ‘90s doubtlessly have memories of the Tiny Terrapins range, which was backed by a glitzy animated TV commercial with a catchy tune. This was a pivotal point in Kinder Surprise history, sending sales skyrocketing. Almost every animal under the sun was then duly transformed into a range of plastic figures: penguins, crocodiles, pandas, lions, dolphins and even dinosaurs – just in time for the arrival of a certain ‘90s movie.

A mainstay of the collectable figure range soon emerged in the form of the Happy Hippos (alliteration was Ferro’s thing.) The blue-hued beings, fond of wearing electric pink bathing suits, were reused for several lines. They even crossed over into Star Wars territory, cosplaying as various characters to tie-in with the prequel trilogy. Their popularity eventually led them to become unofficial mascots, landing a role on the packaging of Kinder’s pseudo biscuit Happy Hippo snacks.

Although aimed at younger gamers, it wasn’t entirely run of the mill – the volcanic island setting allowed for fire-fighting frolics, with the game’s hero Max Mutig (Max Courageous) able to carry and spray water on blazes blocking their way. Max’s friends were on hand to teach new skills such as diving and climbing, granting access to new areas, and simplistic combat featured too – Max could throw nuts at the island’s feral inhabitants. Evolution must have missed a step.

As a relatively late release (2002 saw the final games for the handheld in the west), The Secret of Happy Hippo Island boasted a good use of colour, nicely drawn intro artwork, and jaunty music evocative of the Amiga/Microcomputer days. Calling it a hidden gem is far off the mark, however – it didn’t provide much of a challenge, as evidenced by this YouTube playthrough lasting all of 34 minutes. If you still fancy giving it a go, you’re in luck as a fan translation into English exists.

The game’s launch tied into a competition to win one of 111 limited-edition yellow Game Boy Colors, featuring artwork from the game and a bamboo-tree border around the screen. Promotional material featured early/unused box art with softer pastel colours and watercolour style art.

The Happy Hippo’s voyage into video games doesn’t end here. In 2007 the mammals marched onto Nintendo DS and PC for Happy Hippos: Auf Weltreise (Happy Hippos: World Tour), developed by German studio Rocket Science and published by 10tacle Studios. This globetrotting dual-screen 2D platformer had an educational slant, including colouring book mini-games. There isn’t much else to say, other than the rendered visuals look a little rough on DS.

Evidence suggests plans were afoot to bring Happy Hippos: Auf Weltreise to the rest of Europe, but for reasons unknown, it never happened. Like Kinder Surprises themselves – which are banned in the US, and subsequently often confiscated at US airports – it seems some things simply don’t travel well.