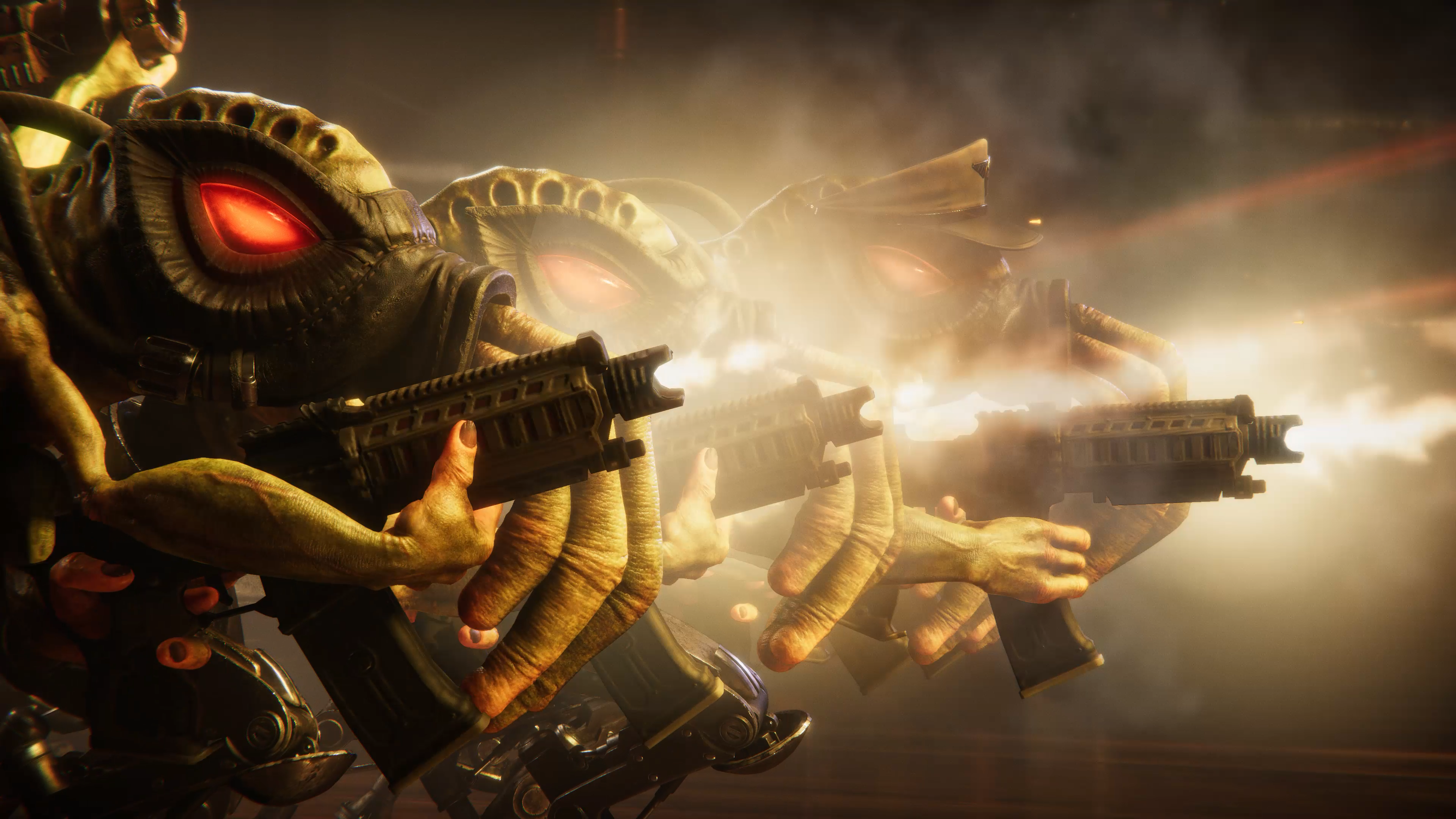 Thanks to being far removed from your typical testosterone-filled action hero, Oddworld’s Abe allegedly has a strong following amongst female gamers. The series’ indirect approach to combat likely plays a key part in this too, we’d wager.

The green hued dude is back this week in the PlayStation exclusive Oddworld: Soulstorm – both a follow-up of New ‘n Tasty and a reimagining of 1998’s Oddworld Exoddus.

PS5 owners can grab it for free as part of PS Plus. Sorry, PS4 Oddworld fans – you’ll have to fork up. Incidentally, the retail release – including a natty collector’s edition – isn’t due for a few more months.

Speaking of PS Plus, if you missed Destruction All-Stars, you’re in luck – it receives a £17.99 retail release this week. A hefty drop on the once proposed £69.99 price tag.

Former Xbox exclusive Star Wars: Republic Commando heads to Switch and PS4 – there’s no Xbox version as it’s already available via backwards compatibility. We recall this shooter being a real visual powerhouse, pushing the Xbox hard. That was 15 years ago, of course – it looks a little scrappy these days. Like the recent Stubbs the Zombie re-release, don’t expect much in the way of enhancements.

This week also sees the release of the intriguing Breathedge – billed as Subnautica in space – fantasy adventure Lost Words: Beyond the Page, pixel art spaghetti western Luckslinger, and the movie-based party game What The Dub?! – which entails dubbing over old B movies, safety videos and other public domain clips.

Remember, never return to a lit firework. No matter how much they text, phone, cry, say they can’t live without you.

Lost Words: Beyond the Page