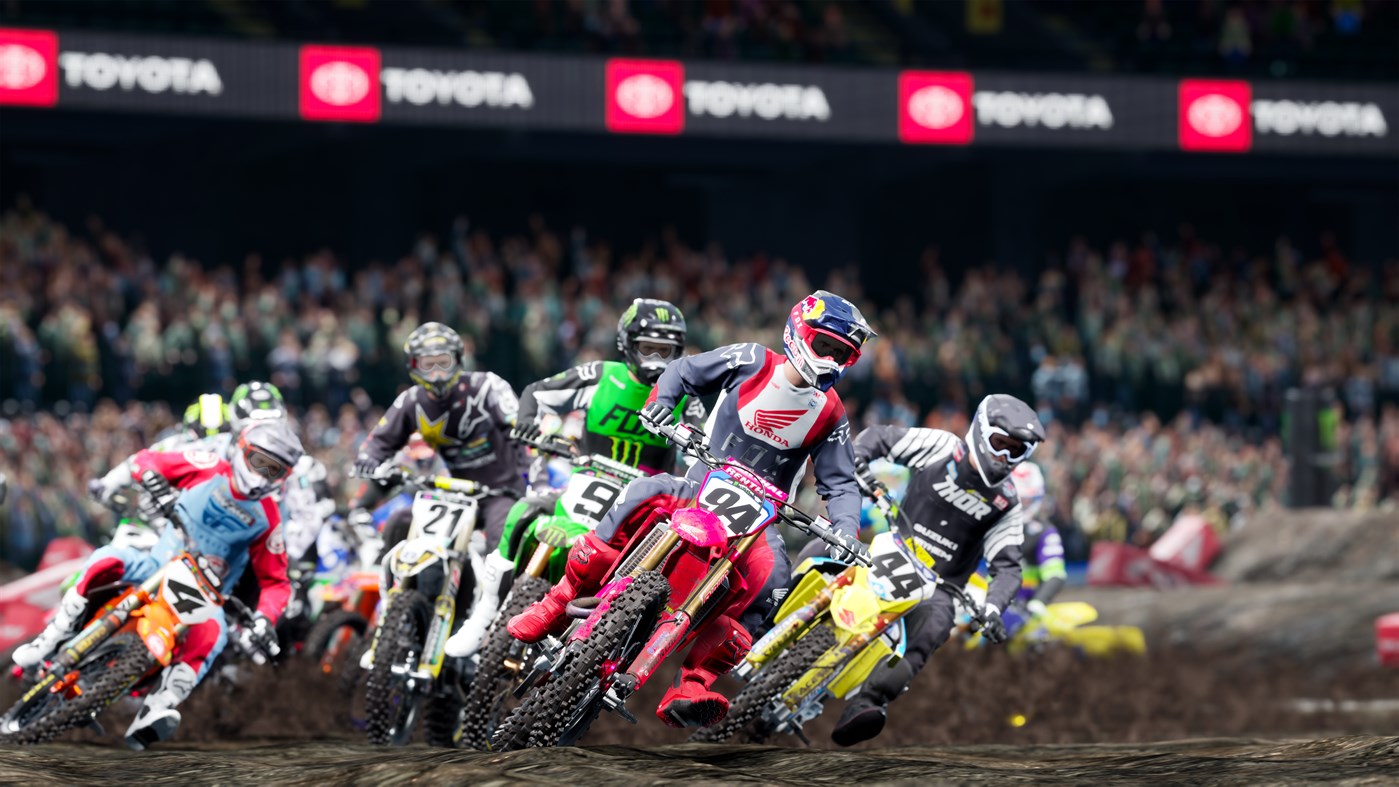 After a few false starts, futuristic racer Pacer finally makes a pitstop on Xbox One this week. If you prefer your racers to be more grounded, Monster Energy Supercross – The Official Videogame 4 also dashes onto all-formats, including PS5 and Xbox Series S/X, offering a revised track editor, a new compound with co-op free-roaming, and five new tracks.

PS5, Xbox Series S/X and Switch owners can also jump into Crash Bandicoot 4: It’s About Time. The Switch version appears to be a complete reworking with revised character models, instead of merely being a straightforward conversion running at a lower resolution. We were convinced a retail release was planned for this week but GAME and Amazon still has it down as TBC, suggesting it’s eShop only for the time being.

Sticking with Switch, Apex Legends is of the bigger releases of the month for Nintendo’s console. Despite being FTP it still has retail presence in the form of the Champions Edition – a code in a box containing a bunch of skins, cosmetics, and other bits. Ubisoft are putting out a bunch of code in a box releases this week too, including RISK and Wheel of Fortune.

Other new releases are thin on the ground. There’s Doodle Devil: 3volution – the elemental mix and match puzzler – top-down zombie shooter Heaven Dust on Xbox One, anime-style racer GENSOU SkyDrift on PS4, and Journey of the Broken Circle – a mental journey about conquering fears.

PS4/PS5 arena brawler Mighty Fight Federation – starring characters from ToeJam & Earl, Yooka-Laylee, Bloodstained and more – arrived a few days ago, taking us by surprise. Word on the street is that it’s pretty good. If you’re lamenting the lack of a new Power Stone, give it a look.