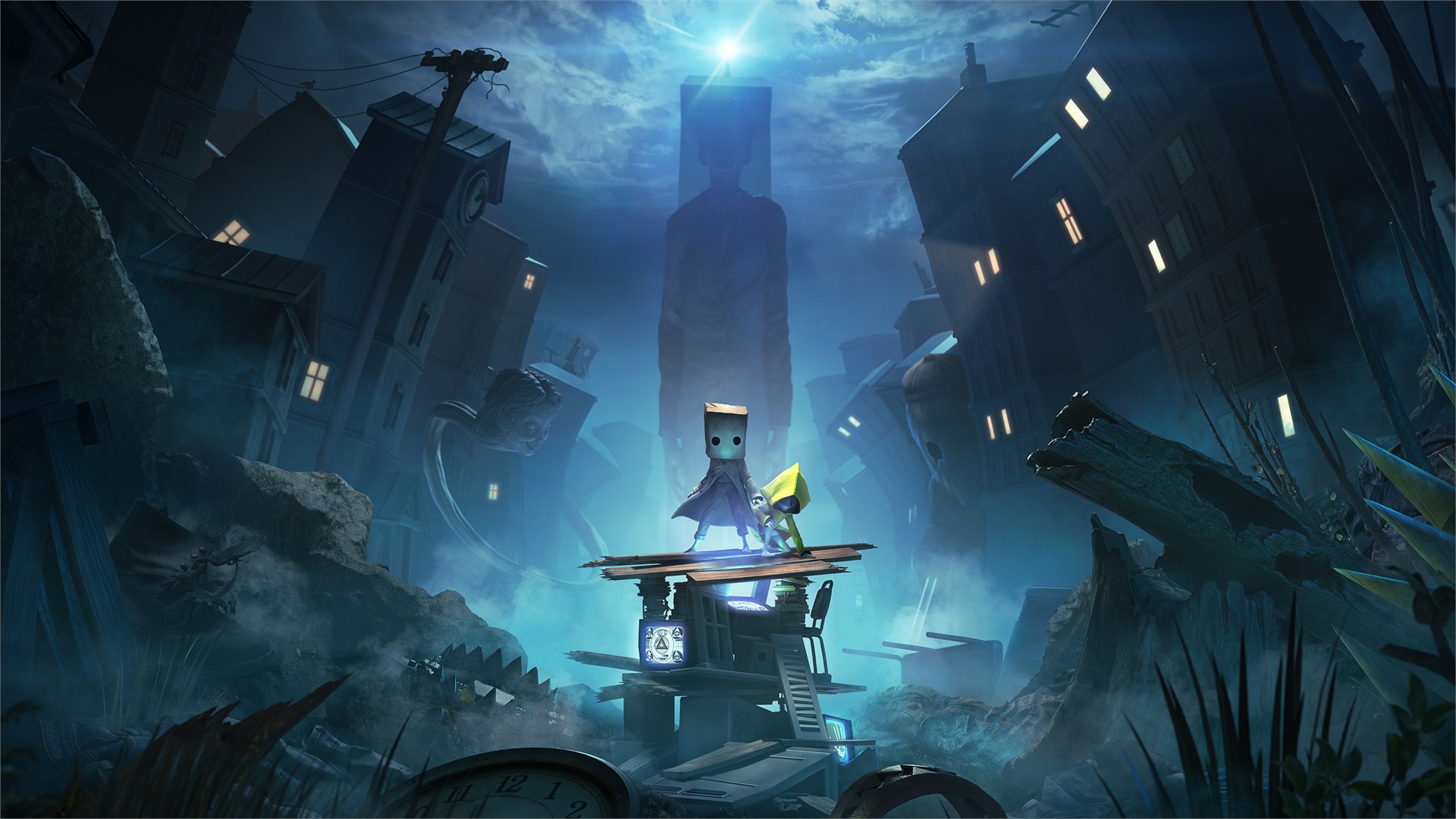 While arguably in the minority, we weren’t won over by Little Nightmares. The fleeting 4-5 hour runtime, trial and error stealth sections, and lack of narration left us far from smitten.

This week’s sequel looks set to correct some of those shortcomings, this time around pairing Six with new character Mono. Together they explore a twisted world inhabited by beings obsessed with a tower emitting mysterious TV transmissions.

The Switch gets its first major first-party title of the year too. Super Mario 3D World + Bowser’s Fury is another belated Wii U conversion – one that approximately half of the Wii U userbase purchased.

Knowing this, Nintendo has added new content and made many enhancements to justify purchasing it twice. The most significant of these is the Bower’s Fury add-on, resembling a world from Super Mario Odyssey in terms of size and scale. It sees Mario teaming up with Bowser Jr. to tackle a colossal goo-coated Bowser – a set-up allowing for local co-op.

Speaking of belated conversions, a few indie games are about to make the jump from PC to consoles. Death Crown is a minimalist RTS with early ‘80s style visuals. You play as Death and must punish humanity for their crimes and cockiness.

The Wild Eight, meanwhile, is a co-op survival adventure set within the unforgiving frozen wilderness of Alaska. Up to eight players can partake.

Then there’s Argound, a 2D pixel art mining/crafting RPG set on an uninhabited island. All three of these generated positive user reviews on Steam.

On The Road The Truck Simulator may please Xbox One owners looking for something similar to Euro Truck Simulator 2, featuring more than 6500 km of motorway/country road and 16 cities. Next stop, Little Chef.

On The Road Truck Simulator