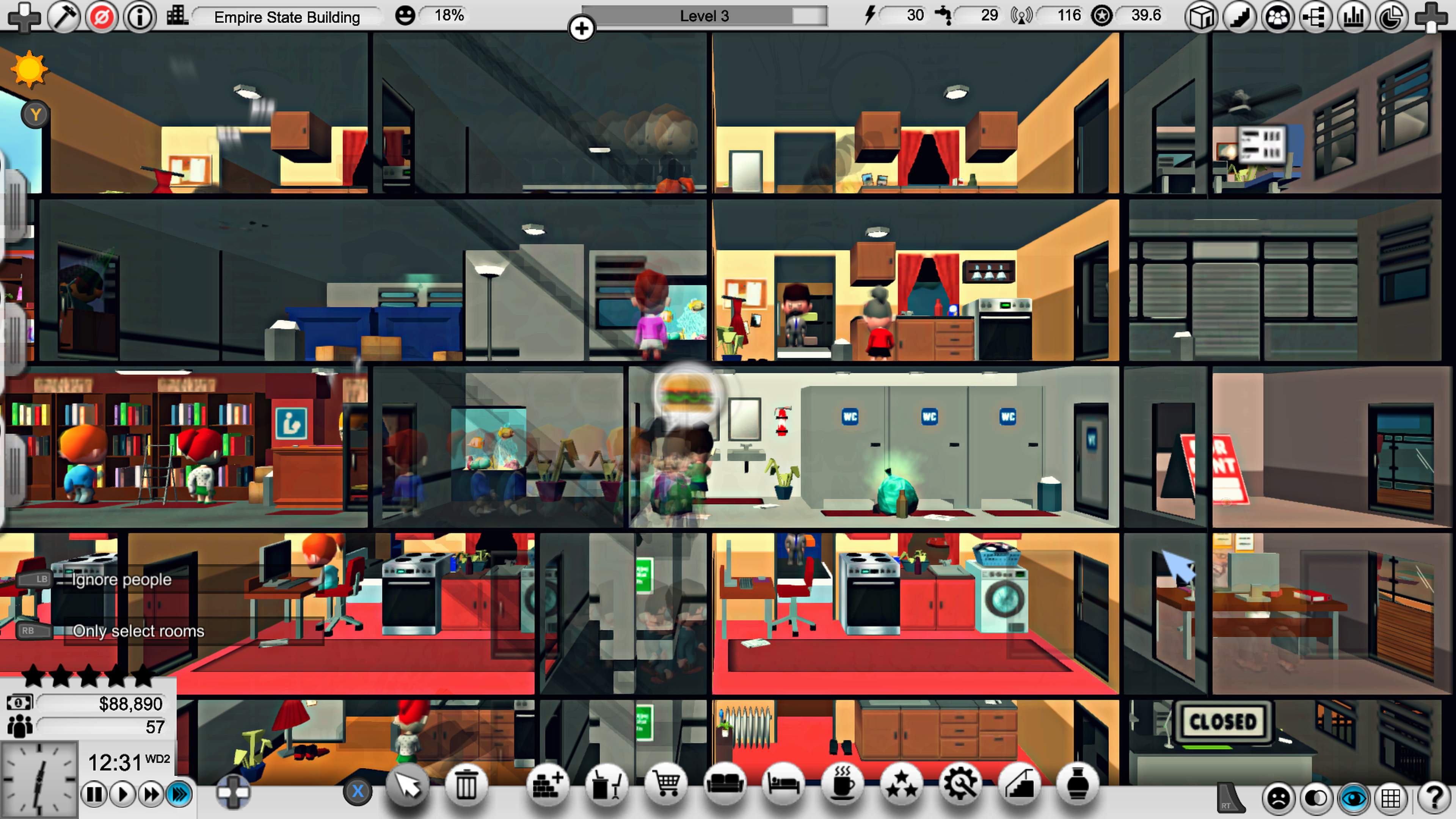 While we can’t vouch for the PS4 and Switch versions, or even the PC original for that matter, Mad Tower Tycoon on Xbox One arrived in a sloppy state last November. Barely an hour went by without a progress halting glitch – the most common of which caused the tower’s inhabitants, including essential construction workers, to freeze on the spot.

The scenario mode – which includes such challenges as restoring a ramshackle hotel – also suffered from a glaringly obvious fault, bluntly informing that the building isn’t yours when trying to build.

After dropping both the developer and publisher a line, we decided to wait until a patch was rolled out due to being unable to progress much further than the tutorial.

We weren’t alone in experiencing these issues, we should note – user reviews on the Xbox Store, along with forum posts on True Achievements, are overly negative. One disgruntled gamer even described it as “unplayable garbage.”

The first patch finally arrived on 22nd January. Initial impressions were positive – we managed to play for over an hour without glitches occurring, finally bagging the achievement for constructing a lowly one-star tower. Some three hours later, the game remained stable and we had even managed to purchase more land and unlock a handful of other achievements. So far so good.

What happened shortly after was the very definition of a game-breaking bug. That’s to say, our download is now utterly unplayable – even after uninstalling and re-installing, it now loads into what appears to be a debug/unfinished build with foreign text, no functional menus, and no means of accessing saves. Oh, and the tower has entirely vanished.

It’s in such a broken state that I wonder if a future patch will be able to rectify things – our copy seems beyond fixable right now.

Even without the glitches and bugs, Mad Tower Tycoon still has its fair share of faults. The control system is unintuitive, and the menus are needlessly complex – it’s a far cry from the expertly tailored experience fellow construction sim Planet Coaster provides. It’s also visually crude, resembling something from at least two generations ago, and the music soon grates. Consider this our review.

If you’re looking for something similar, go for Project Highrise: Architect’s Edition instead. Cyberpunk 2077 aside, it’s hard to recall another recent release launching in a shoddier state.