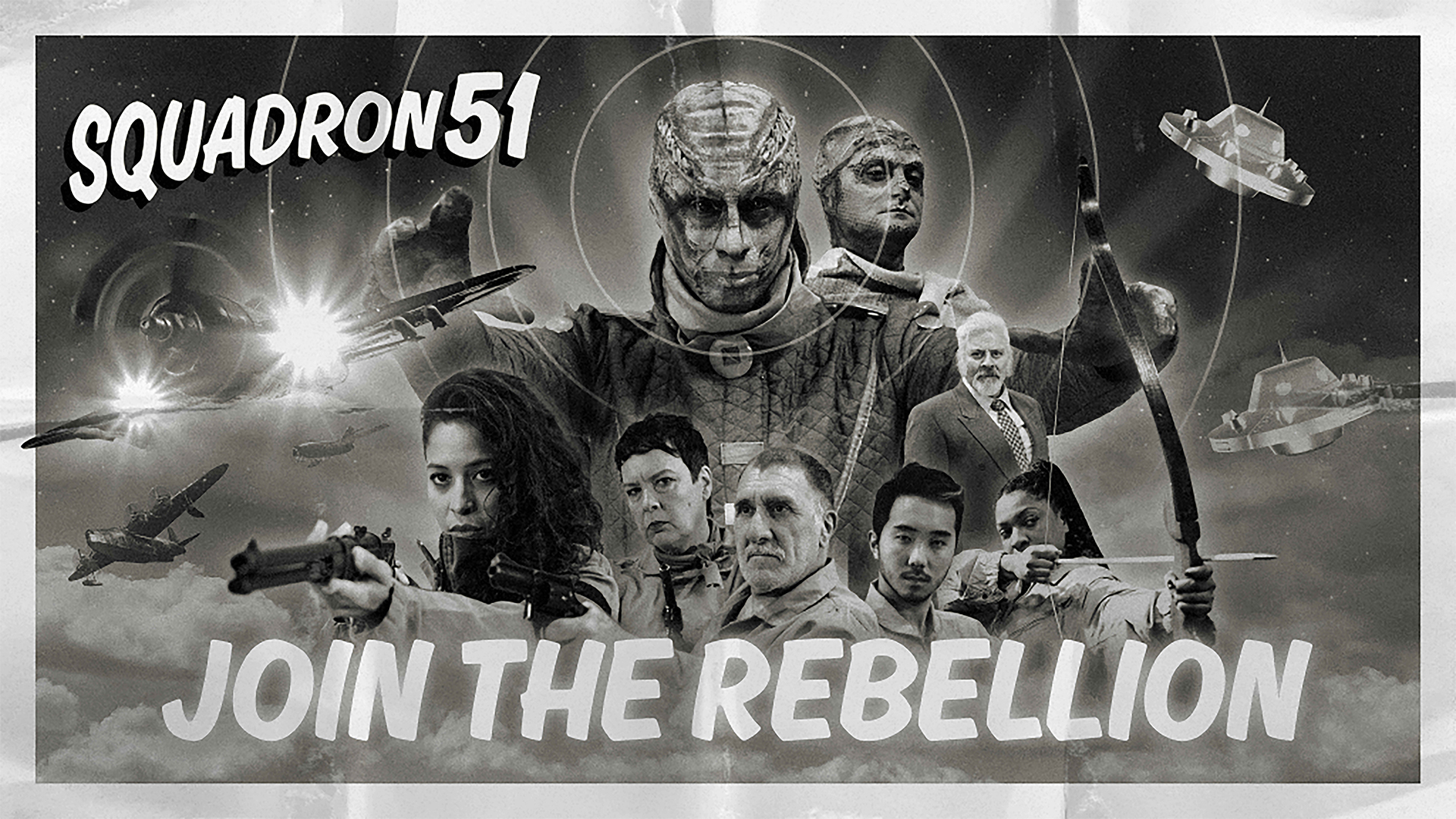 Scrolling shooters are a dime a dozen on the digital services these days. Assemble Entertainment’s Squadron 51 seemingly has what it takes to stand out from crowd, however, inspired by 1950s sci-fi classics such as War of the Worlds, Godzilla, and Dr. Strangelove.

Presented in glorious black-and-white o-vision, it sees a rebel group of pilots – known as Squadron 51 – go up against an alien fleet of flying saucers and other sci-fi nasties.

Eleven stages with 3D backdrops feature – set across snowy mountains, forests, cityscapes, and more – with dubbed FMV cut-scenes between to expand the story.

All four playable aircraft can be customised, while the difficulty level is said to be adaptive, catering for both casual players and shmup hardcore fans. A second player can also enter a game at any time.

Watch the skies for Squadron 51 later this year. It’s due out on PS4, Xbox One, Switch and PC, courtesy of publisher WhisperGames.

The Steam store page is now live, including additional screenshots.