None of the newcomers could disrupt the top of the chart though, with Call of Duty: Black Ops III taking the top spot for a second week. The online-focused shooter is followed by fellow non-movers FIFA 19 at #2 and AC Odyssey at #3, while Marvelâ€™s Spider-Man moves one place to take #4. Forza Horizon 4 also stays put for a second week, remaining at #5. 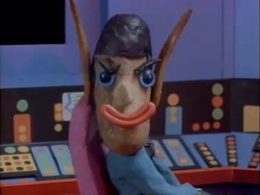 At #6 itâ€™s the first of the new arrivals â€“ LEGO DC Super-Villains. The ever inciteful GI.biz reports launch sales were lower than this yearâ€™s summer LEGO tie-in â€“ LEGO The Incredibles. We doubt Warner Bros. are too concerned though as itâ€™s bound to be a steady seller.

SoulCalibur VI was the second highest charting new release, making #8. Peculiarly, a whopping 80% of sales were on PS4, with the remaining 20% on Xbox One.

Which brings us onto Starlink: Battle for Atlas rather nicely. Ubisoftâ€™s toys-to-life title debuted at #14. As some may have predicted, sales of the Switch version â€“ which features Fox McCloud â€“ were way ahead of the pack. Sales were split a resounding 82% on Switch, 10% on PS4 and just 8% on Xbox One. It may have performed better digitally on PSN/Xbox One â€“ not everybody wants a room full of plastic spaceships, after all.

Sticking with Nintendo, the perfectly timed Luigiâ€™s Mansion on 3DS was the final top 40 new arrival, making a mildly respectable #23. It seemingly had no trouble taking no.1 in the 3DS chart.

Check back next Monday to see how well Red Dead Redemption 2 has performed. With slow sales of FIFA, Assassinâ€™s Creed and even Call of Duty, itâ€™s hoped itâ€™ll set tills ringing on the high street.