If you strolled into a McDonald’s during July 2002 you may have walked away with more than a paper bag full of fat, salt and sugar. The popular fast-food chain had penned a deal with Sony to give away four free PlayStation demo discs, available only with the â€˜big bagâ€™ PlayStation Meal â€“ a selected burger, medium fries, medium soft drink and an exclusive demo disc for the princely sum of Â£3.19.

Although the PSone was knocking on a bit in 2002 (the PS2 was already two years old by this point), youâ€™d think this deal was still worth shouting about. This seemingly wasnâ€™t the case, however â€“ publicity was very low key. We recall the staff at our local McDonaldâ€™s being rather baffled upon being asked if they were running the promotion, with one instance resulting in a manger being called over. After rummaging behind the counter for a couple of minutes, they eventually finally found an unopened box full of discs. 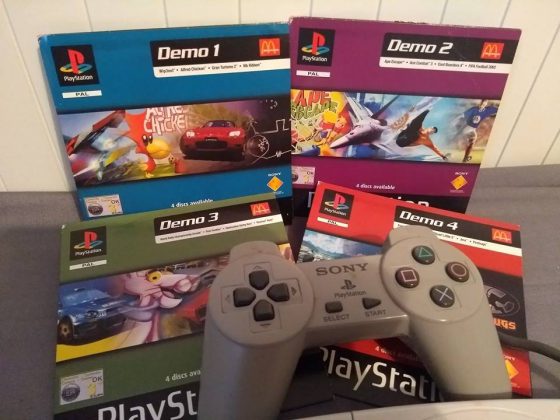 Each disc featured a mixture of old and new(ish) demos, packaged in a grease-absorbing cardboard sleeve. Due to the PSoneâ€™s current demographic (and that of McDonaldâ€™s, presumably) the games in question were all suitable for younger gamers. Fans of 3D platformers, in particular, were well catered for. In terms of presentation, the demos were compiled in an identical manner to the Official PlayStation Magazineâ€™s demo discs; a simple menu with a trippy/abstract background.

Disc One brought together WipEout 3, Alfred Chicken, Gran Turismo 2 and Vib Ribbon. An odd combination, for sure. Disc Two had a peculiar assortment too: Ape Escape, Ace Combat 3, Cool Boarders 4 and FIFA 2002. When this promotion was running, FIFA 2002 was already nine months old. Hardly a hot new release.

Which brings us onto Disc Fourâ€™s contents: Formula One Arcade, Stuart Little, Firebugs, and Jinx. This disc is noteworthy as Hammerheadâ€™s platformer was yet to be officially announced. Thatâ€™s to say, it made its first-ever appearance on this disc in a fully playable state, six months ahead of launch. 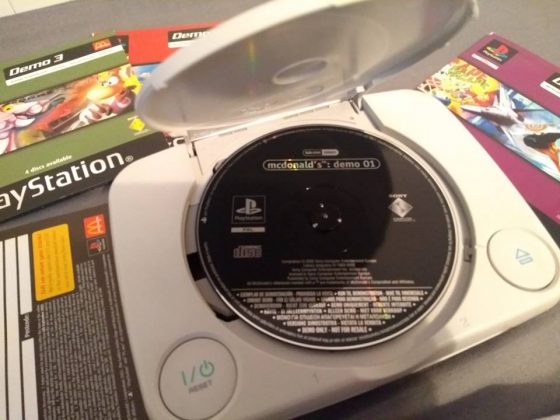 It wasnâ€™t until a couple of months later that the Official PlayStation Magazine ran a news piece confirming its existence, featuring just a couple of small screenshots and no real substantial information despite a playable version being â€˜in the wildâ€™. It didnâ€™t receive the full preview treatment until a few months down the line, and the very same demo didnâ€™t grace an OPM demo disc until the end of 2003. All signs point to Sony holding the title back until the lucrative winter period.

McDonaldâ€™s PlayStation demo discs arenâ€™t particularly rare, and neither are they hugely desirable to anybody other than dedicated PlayStation collectors. That said, eBayâ€™s current Â£4-Â£6 asking price may be slightly higher than some may expect, bringing the price of a full set of four to around Â£20. Not bad for something once given away for free.