On first glance, this weekâ€™s new release line-up looks quite promising. When it comes to the critical opinions of two of the big hitters though, it seems that false promises were all they ever offered.

To elaborate, both Kingdom Come: Deliverance and Dynasty Warriors 9 have arrived to a tepid reception. A few reviewers were left mildly impressed, but literally just a few – most review scores are mediocre at best. 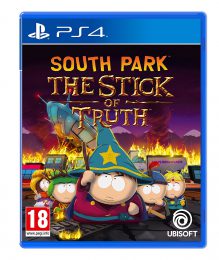 Dynasty Warriors 9 is a long-awaited franchise reboot, giving the hack â€˜n slasher the open-world treatment. Jim Sterlingâ€™s video review paints a very grim picture â€“ a huge, sprawling, open-world filled with nothing to do but painstakingly ride through dull countryside from one battle to the next. Fights are over too quickly due to the revised combat being too simplistic for its own good. On top of all this, the new grappling hook accessory makes storming castles â€“ a joy in previous games â€“ a breeze. Jump the wall, kill a warlord, then ride your horse for another five minutes before repeating the process. Oh dear.

The ambitious RPG Kingdom Come: Deliverance is too ambitious for its own good, meanwhile. It sounds like it suffers from the fate as Risen, Sacred, Two Worlds and other undernourished Euro RPGs, suffering from bugs, glitches, performance issues and a general lack of polish and expertise. Maybe after a few patches itâ€™ll be in a better shape. [Update] A few more reviews have rolled out since, including top marks (10/10) from Xbox Tavern. It has definitely divided critics, that’s for sure.

Another, very different, RPG launches this week â€“ Square-Enixâ€™s remake of Secret of Mana on PS4 and (surprise!) PS Vita. The 3DS isn’t without a slice of role-playing pie either, thanks to Deep Silver’s Radiant Historia Perfect Chronology.

Then on Switch thereâ€™s The Longest Five Minutes. Also: the ravishing Bayonetta 1 and 2 double pack, which has arrived to rave reviews. A 90% Metacritic is nothing to sniff at.

Ubisoft dusts off two older releases, too â€“ a retail release of South Park: The Stick of Truth, which for some reason is twenty-five ruddy quid, and Tom Clancy’s Rainbow Six Siege Advanced Edition.

Looking towards Friday, we have Fe â€“ an EA Originals from Zoink, creators of Stick it to the Man and the upcoming Flipping Death. Set in a purple-hued forest, itâ€™s intended to remind us that everything living is in some way connected.

Thatâ€™s set to be joined by Claybook on Xbox One, a physics puzzler set in a world made of super squidgy clay. Itâ€™s bright, colourful and backed by some fascinating tech â€“ zoom in close and itâ€™s even possible to make out fingerprints on the clay models. Weâ€™ll have more on it soon. 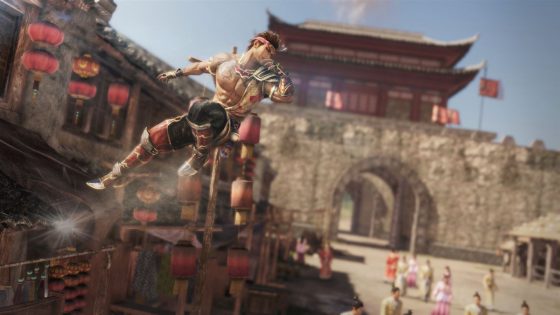 Reviews:
No Score â€“ Eurogamer: “The musou genre needed new ideas – but reinventing it as a shoddy open-world game wasn’t the answer”

6/10 â€“ VideoGamer: “Dynasty Warriors 9 still has the ‘levelling hundreds of dudes without breaking a sweat’ core loop so you feel like a badass, but the open world removes some of the depth. Fans can still enjoy, but it won’t win any new hearts this time” 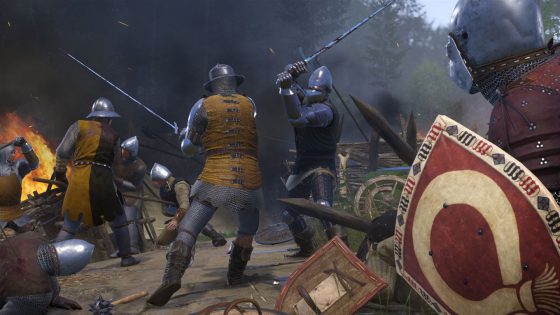 3/5 â€“ Windows Central: “Kingdom Come: Deliverance’s large open world is packed full of things to do in a setting many can relate to. It’s by no means perfect, which is unfortunately down to the sheer scope of the project for such a small team of developers. Still, you’re going to get many hours of entertainment from this game”

4/10 â€“ The SixthAxis: “If Kingdom Come: Deliverance has a ton of bug fixing to improve the performance drastically, it could be a hidden gem. Itâ€™s clear that the game, despite its grand ambitions, was simply not ready for public consumption” 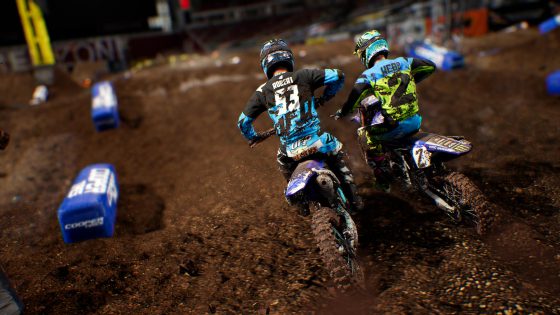 Reviews:
8.0 â€“ PlayStation Lifestyle: “Developer Milestone S.r.l. has been making racing games for so long, it comes as no surprise how nicely Monster Energy Supercross turned out. From the detail in the dirt, to the details in the bikes, this is not only a great looking game, but a great racing game too”

7/10 â€“ PlayStation Country: “Overall, Monster Energy Supercross – The Official Videogame has a steep learning curve that should keep fans involved. It retains some of the technical woes of Milestone’s previous work but the racing is involved and competitive. The track editor is a welcome inclusion that should extend the life of what is probably going to become a yearly product”

5.0 â€“ God is a Geek: “While possibly catering to fans of the sport in terms of content, the overly aggressive AI and unnaturally twitchy handling mean that Monster Energy Supercross just isnâ€™t that fun to play”