After 75 hours, on and off over six months, I finally completed The Legend of Zelda: Breath of the Wild. But I still can’t decide what I think of it.

It must have done something right: I’m not sure I’ve ever played a game for 75 hours. Super Mario 64, maybe? I really loved that game. Breath of the Wild, though, I’m not sure whether it’s like, love or something less altogether stranger – compulsion.

It has probably been all three by turns. To begin with, I did as I was told – go there, do that – and made some progress with the main quest. It was probably ‘like’ at that stage. 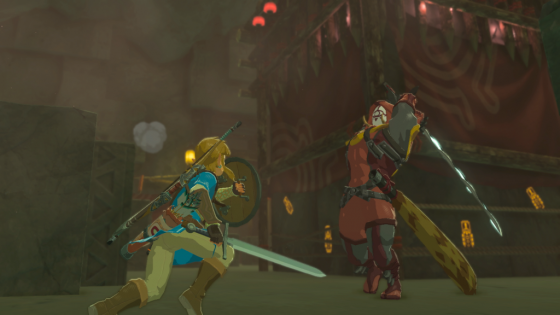 After a while though, I tired slightly of hitting areas where I couldn’t progress, and not being sure whether it was because I’d missed something, or because I was trying it too early in the game. (It was usually the former.) If that was the disadvantage of the open world, the advantage was ignoring the main quest – and anything else I didn’t fancy tackling – and just following my nose.

I fully loved that period of piecing together the world map. Picking out a distant tower, heading there on foot or on horseback, getting distracted along the way, and probably ending up at a different tower. Scaling the tower, having that section of the map filled in, picking out and marking all the shrines in the vicinity. Being overwhelmed by the choice of directions to head in, picking one, then probably changing my mind. Standing my ground and fighting; running away. And the shrines – almost without exception, each one a bite-sized treat.

Eventually, I had to get back to the main quest, which is when compulsion started to creep in: having spent so much time in Hyrule, it seemed wasteful not to finish the job. Ticking off the Divine Beasts exposed some of the formula in the build up to and completion of each one. Not repetitive, quite, but compared to just exploring the world, it was heading in that direction. 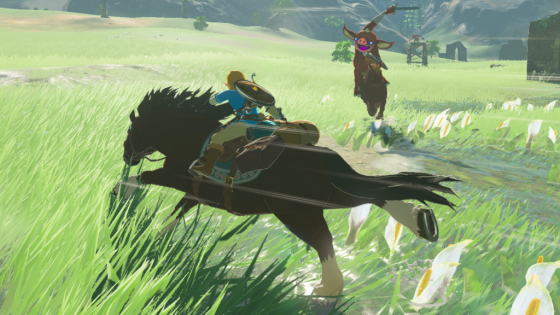 I also started to notice other minor niggles. Like the story and characters all being various sorts of nonsense. And there’s no fun in finding an exciting new weapon in a treasure chest and being told you have no room in your inventory. Infinite capacity isn’t the answer, but inventory management doesn’t half suck the joy from discovery.

I was reluctant to begin the final onslaught on Hyrule Castle, but wrongly so. I’d largely avoided Guardians since early on, but facing them again on the approach to the castle, this time armed to the nines, was cracking fun – still not a pushover, but exceedingly satisfying. The same was true of other enemies faced on the way to confront Ganon.

Having completed the game, it’s that feeling of progression – growth, even – that’s stayed with me, and has Breath of the Wild calling me back to deal with unfinished business. That Lynel I snuck around. The labyrinth island. And all the shrines that are still out there somewhere.

There’s more exploration to be done, and to no end whatsoever. Perfect.