This year commenced in the best possible fashion. Unusually for the quiet season of spring, we received several highly acclaimed hits in quick succession. Things settled down in the run-up to summer, leading to what has been a sporadic winter. A few quality titles, the usual solid but unspectacular annual updates, and more than a couple of games ruined by publisher greed.

If only this year had continued the way it began, eh?

Of course, lots of hidden gems fell by the wayside over the past twelve months. Maybe not quite as many as years prior â€“ the digital storefronts are a hubbub of activity nowadays â€“ but certainly a few games deserved more attention than they received.

Weâ€™ve handpicked five below. They may not be outright classics, but you should certainly give them consideration next time thereâ€™s a digital sale on, or if youâ€™re ever hankering for something different.

New releases that debut as PS Plus/GwG freebies are often overlooked. It seems that the bigger gaming sites see little point in giving them the review treatment â€“ presumably, their thinking is that these games are free, so gamers will download them regardless of quality. 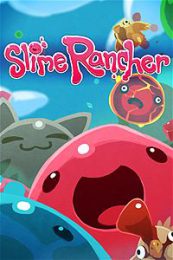 PR firms and publishers tend to be lax when it comes to promotion, too. Thereâ€™s no point in sending out review codes to the press for something thatâ€™s currently free, after all. Recent Xbox One freebies Runbow and SpeedRunners, for instance, have just two critical reviews on Metacritic. While Slime Rancher did gain more press coverage than those, it was still deserving of more attention. Itâ€™s one of those rare games thatâ€™s hard to pigeonhole, offering an experience far removed from anything else.

The idea, like the name loosely suggests, is to manage a ranch for slimes. Beatrix LeBeau comes clutching an upgradable vacuum, able to inhale anything in her path â€“ the colourful titular slime balls included. Partly for research, partly for monetary gain â€“ the slimes produce valuable crystals, known as Plorts, when fed their favourite foodstuffs. Ingeniously, thereâ€™s an in-game economy in place. Over time, common Plorts become less valuable, forcing you to explore the wilderness around the ranch to find rarer critters. Upgrading Beatrixâ€™s equipment allows access to more areas, taking you deeper into the wilderness, with new items slowly unlocking as time progresses.

We spent around ten hours in Slime Rancherâ€™s pastel-hued world before penning our review, and still felt that weâ€™d only just scratched the surface. Itâ€™s a colossal, surprise-filled time sink, and easily one of the best family-friendly titles on Xbox One.

To fully appreciate this offbeat French RPG, it helps to keep in mind that the characters, setting and storyline were all created by the gameâ€™s director in his childhood. 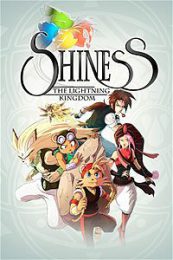 Longing to make a lifelong dream become a reality, he took to Kickstarter. The pitch went on to gain $139,865, enough to secure a PS4 and Xbox One release back in May.

Shiness throws a lot your way during the opening, including a rather eccentric lexicon, made-up swear words and all. The main characters – Chado and Poky â€“ are bi-pedal bear-like creatures known as Wakis, who crash land their skyship on a magical floating kingdom. Theyâ€™re soon joined by two human allies, both of which bring a unique skill to the team. These skills are used in puzzle solving, flicking switches and activating push-plates with various weapons and powers.

Thereâ€™s also the novel combat system to wrap your head around, which plays like an arena-based brawler. Dragon Ball Xenoverse is the best comparison, due to the ability to charge up magic attacks and release a barrage of colour-coded projectiles, in addition to performing beat â€™em up style combos and special moves.

After the first boss is beaten, the heroes arrive at the gameâ€™s equivalent of Zeldaâ€™s Hyrule Field â€“ a lush meadow with rolling hills that spread miles into the distance, complete with numerous villages and farms to explore. Itâ€™s around this point that everything finally clicks into place, and it starts to feel more like a conventional RPG; one that offers some alluring sights, plenty of variety between locations, colossal â€“ and challenging – boss battles and a compelling story. At around 25 hours it doesnâ€™t overstay its welcome, either.

What Enigami managed to achieve with their modest Kickstarter-funded budget is highly commendable â€“ itâ€™s hard to believe this comes from a small indie studio. Quite why publisher Focus Interactive didnâ€™t give it a retail release is a mystery, as itâ€™s more than deserving of one.

Whatâ€™s in a name? Quite a bit, it would seem. Iron Crypticle is an enticing prospect, being a heady mixture of Smash TV and Gauntlet, and developer TikiPod – of Aqua Kitty fame – has a decent reputation. All signs point to Iron Crypticleâ€™s low console sales being down to its uncharismatic name and generic artwork. The digital storefronts are awash with games starring knights in shining armour on their digital covers. When browsing PSN and Xbox One, Iron Crypticle blends in with the rest. 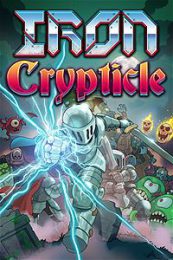 As mentioned, Iron Crypticle combines Smash TV and Gauntlet. This should be enough to make gamers of a certain age sit up and take note. It takes Gauntletâ€™s 8-bit medieval aesthetic and applies it to Smash TVâ€™s single-screen twin-stick shooting. When a room is clear you move on to the next, and thereâ€™s often a choice of exits available with some paths leading to bonus rooms and such.

Carrying the Smash TV influence further, one boss battle bares resemblance to Scarface, being a giant head that bumbles around the arena. Bosses are something of a highlight here, as there are three different variations of each – new incarnations may add an extra layer of defence.

Further variation comes from the presence of a side-scrolling platform mini-game, accessed via an arcade cabinet located on each dungeon floor.

While there is much to like about Iron Crypticle â€“ the jaunty soundtrack included â€“ it does suffer from a slow pace. As such, it isnâ€™t ideally suited to lengthy play sessions. Those looking for something to dip in and out of occasionally though will no doubt agree that combining Gauntlet and Smash TV was a masterstroke. Also check out Aqua Kitty if you like what you see here â€“ itâ€™s Defender reborn, with a side-helping of Paradroid.

This is the Police â€“ PS4/XO/Switch

In the opening paragraph of our This is the Police review, we compared THQâ€™s crime caper to a late Amiga release. To elaborate: the cut-scenes feature flat-colour animations similar to the intros for Another World (aka Out of This World) and Flashback, and it also recalls such classics as KGB, Hill Street Blues and Police Quest due to being menu driven. 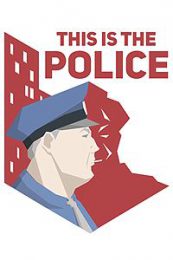 The game itself doesnâ€™t bear much resemblance to any of these, however, being a police station management sim. Itâ€™s an idea so suited to a video game that itâ€™s a surprise it hasnâ€™t been done before. Or at least, more often on consoles â€“ it looks like many of those dubious PC-exclusive simulation ‘games’ favour the thin blue line.

As police chief, itâ€™s your job to hire and fire officers, choose which patrolmen to send out to each crime and try to sniff out false alarms and hoax calls. Thereâ€™s both an â€˜A teamâ€™ and a â€˜B teamâ€™ to manage â€“ if too many officers are off sick or absent, you can ask members from the other team to a pull double shift, at the risk of making them overtired and stressed. Every morning begins with a meeting in the locker room, lending a nice bit of repetition and familiarity to the daily grind.

Thereâ€™s a compelling story to take in too. Police chief Jack Boyd, voiced by Jon St. John (Duke Nukem), is having problems at home and is also going through something of a mid-life crisis. It isnâ€™t long until the local mafia steps in with an offer that, in light of the objective to make $500,000 before retiring, is hard to refuse.

This is the Police is a tad simplistic, and it isnâ€™t much to look at â€“ most of the time is spent staring at an isometric map of the city â€“ but it has it where it counts, a subtle sense of humour and all.

Weâ€™re fully aware that publisher 505 Games doesnâ€™t have the marketing power of Activision and EA, but this doesnâ€™t explain why they launched Redout â€“ a full price retail release – with no promotion whatsoever. Reviews didnâ€™t appear online for around a week after release, leaving us to consult Twitter as to whether it was worth a purchase. 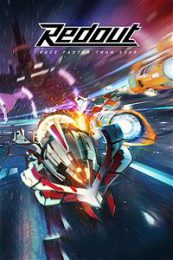 It so transpires that 505 Games had a potential hit on their hands, but was seemingly happy to settle for a â€˜hidden gemâ€™. Redout is one of the finest futuristic racers of recent times, providing the Xbox One with an answer to WipEout Omega Collection, while acting as a decent alternative for PS4 owners. It doesnâ€™t quite have the polish to match WipEout, but it does have the speed and style.

Itâ€™s ridiculously fast; a fact no doubt helped by the almost minimalist backdrops. While we would have liked to have seen more track-side variety, itâ€™s still very pleasing to the eye, with sudden sandstorms obscuring what lies ahead and the blistering sun constantly beating down on the track.

The handling has a degree of depth to it, too, requiring the pitch to be adjusted manually when hurtling around loops and tight bends. Track design also allows for lots of airtime – always a boon.

Redoutâ€™s career mode may have benefited from more variety and a rejigged structure, but ultimately it has all the essential components of a futuristic racer. Good looks, nuanced handling, and breakneck speeds. Itâ€™s just a shame that the online community is non-existent â€“ another consequence of 505 Games forgetting to tell the world it exists.