PlayerUnknownâ€™s Battlegrounds had an incredibly successful worldwide launch, selling over a million copies within its first 48 hours alone.

Unsurprisingly, it puts in a very strong showing in this weekâ€™s Christmas top 40, arriving at #4 while also topping the Xbox One chart. 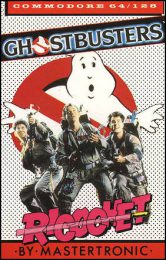 As per this pieceâ€™s headline, and as what was expected, Call of Duty: WWII is 2017â€™s Christmas no.1.

Call of Duty has taken the prestigious slot for 4 years in the row and now equals the total number of festive no.1â€™s claimed by FIFA.

Coincidentally, Activision also claimed the first ever UK Christmas no.1, with Ghostbusters back in 1984.

EA has to settle for #2 (and #3) this year, taken by FIFA 18 and Star Wars Battlefront 2. Star Wars saw a â€œmassive surgeâ€ in sales according to Chart-Track.

Super Mario Odyssey at #6 was the Switchâ€™s best-selling title this Christmas. GTA V remains in the top ten at #7, the heavily promoted WWE 2K18 made #8, Mario Kart 8 Deluxe fell two places to #9, and then at #10 itâ€™s the ever-popular Crash Bandicoot N. Sane Trilogy.

Capcomâ€™s Okami HD was the weekâ€™s only new arrival, entering at #37. The ravishing remake also made #15 in the PS4 chart, but was a no-show in the Xbox One top 20.