Mr. Shifty is easily this weekâ€™s biggest eShop release. It’s a top-down shooter similar to Hotline Miami, only with a more modern visual style and the ability to catch enemies off guard by teleporting.

Eurogamer awarded it their â€˜Recommendedâ€™ badge earlier today. â€œThereâ€™s nothing shifty about itâ€ they concluded while comparing the gameâ€™s hero to X-Menâ€™s Nightcrawler. 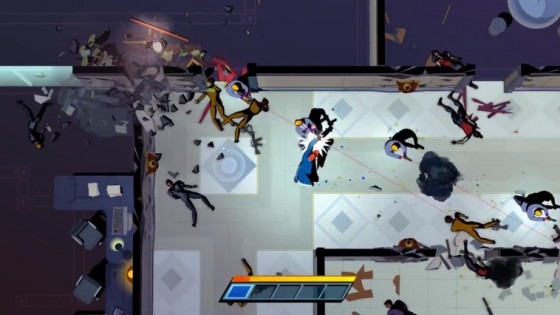 The Switch also receives The Jackbox Party Pack 3. It may be a mere conversion, but considering it suits the Switchâ€™s ethos perfectly, you wonâ€™t hear us complaining.

The slightly odd Â£20.03 asking price gets you five party games – Quiplash 2, Trivia Murder Party, Guesspionage, Tee K.O. and Fakinâ€™ It â€“ most of which support up to eight players. Developer Jackbox knows how to make a decent party game. Trust us on that.

If you canâ€™t wait for next monthâ€™s Street Fighter II Switch revival then maybe ACA NeoGeo Samuari Shodown IV (Â£6.29) will make the wait a tad more bearable. Released in 1996, this brawler even went on to grace the SEGA Saturn and PSone. 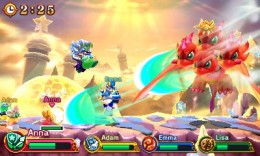 Just one new game heads to 3DS, and itâ€™s one that wonâ€™t cost you a penny – Team Kirby Clash Deluxe is another one of Nintendoâ€™s free-to-start titles.

Itâ€™s an extended version of one a Kirby: Planet Robobot mini-game, in which up to four mighty pink puffballs battle bosses and take on quests. New items can be gained and upgraded, and there are four different character classes to pick from: Sword Hero, Hammer Lord, Doctor Healmore and Beam Mage. Kirby has certainly come a long way since the days of the NES.

The Wii U isnâ€™t without a couple of new releases. Two inexpensive releases, at that. The Stonecutter can be had for 99p and appears to be a simple multiple choice adventure using text and still photos. Absolutely Unstoppable MineRun meanwhile is a 2D auto-runner with a handful of multiplayer modes, including one where two players can play using a single Wii remote. Itâ€™ll set you back Â£2.99. 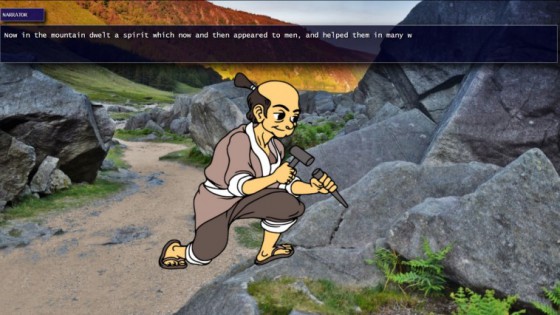 Finally, a pat on the back goes to Rising Star for the majority of this weekâ€™s discounts. Titles on offer include Virtue’s Last Reward, Harvest Moon: The Tale of Two Towns, Hakuoki: Memories of the Shinsengumi and BIT.TRIP SAGA on 3DS, along with Poncho and Hello Kitty Kruisers on Wii U.