After debuting at no.1 last week, JRPG Persona 5 is now nowhere to be seen in the UK top 40. All signs point to Deep Silver underestimating demand, and then some. 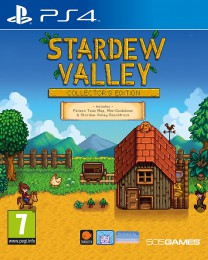 Incidentally, Bulletstorm: Full Clip Edition has also left the top 40 after just one week. We doubt this is down to stock issues though; we blame the full-price mark-up.

LEGO Worlds, GTA V, Overwatch and FIFA 17 all rise a few positions to claim the remaining respective positions in the top five, with Overwatch up from #10 to #4.

Call of Duty: Infinite Warfare is at #7, Rocket League jumps back into the top ten at #8, Zelda: Breath of the Wild falls a few positions to #9 and then at #10 itâ€™s LEGO City Undercover.

The retail release of Stardew Valley was the only other new entry in the top 40, sprouting up at #30.