The incredibly well-received JRPG has become the fastest-selling entry in the series, unsurprisingly, as well as Atlusâ€™ first ever All-Formats no.1. Hurrah! 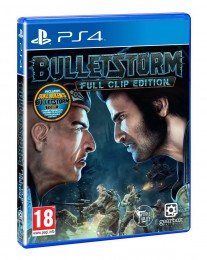 We have to look back to 2013 to find the last JRPG that topped the chart: 2013â€™s PS3 exclusive Ni no Kuni: Wrath of the White Witch. Final Fantasy XV had the clout, but had to contend with FIFA 17 during its launch week.

EAâ€™s sci-fi opus took a bit of a beating, falling all the way to #5. Ghost Recon: Wildlands held onto #2 while the budget-priced LEGO Worlds remained at #3. Then at #4 it was GTA V, up from #5.

Multi-format blockbuster LEGO City Undercover was the next highest new entry after Persona, making #8. This means Warner Bros. has two LEGO games in the top ten this week.

Gearboxâ€™s re-release of Bulletstorm didnâ€™t prove anywhere near as popular, entering at #23. It no doubt performed better on the digital services, where a discount was in place for pre-orders.

The 3DSâ€™ Yo-Kai Watch 2: Bony Spirits at #36 was the only other new arrival in the top 40, with its sister title Yo-Kai Watch 2: Fleshy Souls failing to make an appearance. These two may rise up the chart in the weeks to come though after good old word-of-mouth starts to spread.