The Switch receives its first sports game this week in the form of ACA NeoGeo Neo Turf Masters (Â£6.29). Donâ€™t let the fact that itâ€™s a re-release of a sports game from 1996 put you off â€“ itâ€™s held in high regard, often referred to as one of the greatest arcade sports games of all-time. Easily up there with NBA Jam, Punch Out!! and Windjammers. That last one has a good chance of appearing on Switch at some point, too.

Another three indie titles are available on Switch this week, all of which are from the same developer – Tomorrow Corporation. World of Goo, Little Inferno and Human Resource Machine graced the Wii and Wii U some time ago. Little Inferno â€“ a minimalistic puzzler based around burning things – was a Wii U launch title, in fact, while physics-based World of Goo was one of the finest WiiWare titles. 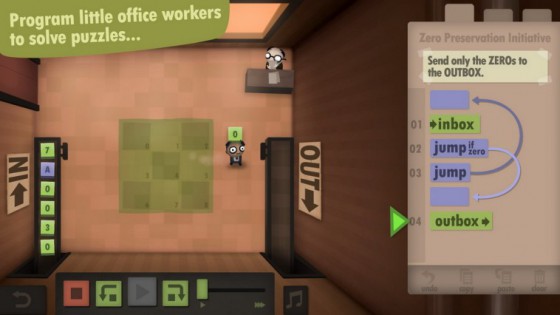 Human Resource Machine meanwhile is Tomorrow Corpâ€™s newest release, which is also a puzzler. This one is set in an office and involves sorting tiles with basic commands to get your staff to work efficiently. NintendoWorldReport gave it an 8/10, claiming that thereâ€™s no better place to play it than on Switch.

Time appears to have been very kind to 2009â€™s World of Goo too, with Destructoid giving this new Switch iteration a 9/10. â€œAfter all these years, it remains a delight from damn near top to bottomâ€ they said. Little Inferno has received scores quite as hot, but itâ€™s going down well enough to garner a 72% Metacritic.

The 3DS gets a slice of puzzler pie this week too, with the arrival (farewell?) of BYE-BYE BOXBOY! (Â£4.49). A special demo version was released a few weeks ago, including puzzles from all three iterations of this monochrome brain-bending series. Nintendo has also given the blocky protagonist Qbby the amiibo treatment elsewhere in the world. Itâ€™s hip to be square.

SubaraCity (Â£3.89) also falls into the same genre as the above, with the idea being to connect colour-coded blocks to create a bustling city. Judging by screenshots alone, it looks a little too simplistic for its own good. 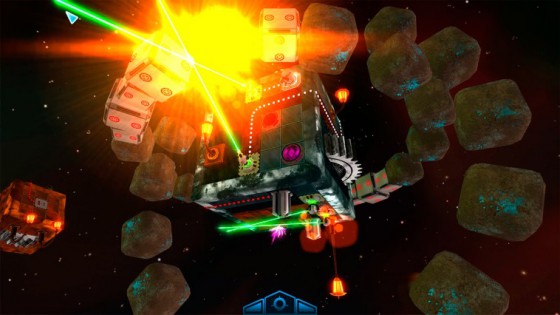 Thatâ€™s joined by the self-explanatory Sudoku Party, out on both Wii U and 3DS. The Wii U also gets Six Sides of the World which, we kid you not, is yet another puzzle game. This one has a sci-theme, with each cube-shaped planet offering a different kind of brain bender. This leaves us with a demo of the 2D farming sim Plantera, which is available now on both Wii U and 3DS.

Discounts are bountiful this week. Too many to list, even. This is down to Nintendo holding a special #Nindies Celebration Sale, with up to 80% off numerous 3DS and Wii U games. The full list can be found here on Nintendoâ€™s site, with highlights including SteamWorld Heist, Gunman Clive, Severed, Shantae and the Pirateâ€™s Curse, Terraia, Fast Racing NEO, Super Meat Boy, Donâ€™t Starve and Oddworld: New â€˜n Tasty. It almost reads like a list of the eShopâ€™s finest.

Thereâ€™s a Capcom sale underway as well, where youâ€™ll find the likes of DuckTales: Remastered, Dungeons & Dragons: Chronicles of Mystara, Mega Man Legacy Collection, Phoenix Wright: Ace Attorney Trilogy and Resident Evil Revelations on discount. Corpse Party too, if youâ€™ve been waiting patiently for that one to drop. The grizzly visual novel is down to Â£16.24 until the 31st March.

Remember that the Splatoon 2 Global Testfire also is underway this weekend. Times can be found here. Bear in mind that the clocks go forward, as one of the demo slots takes place at 4am on Sunday. Eek!