Upstart publisher Maximum Games are yet to break into the big leagues, with the biggest release so far â€“ to use a term lightly â€“ being the mediocre Mark McMorris Infinite Air. Troll and I â€“ out this Friday on PS4 and Xbox One with a Switch release to follow â€“ doesnâ€™t look set to change things with the first reviews to go live being lukewarm at best.

Itâ€™s a co-op adventure with a focus on teamwork, similar to The Last Guardian and Majin and the Forsaken Kingdom, using the trollâ€™s brawn combined with the stealth tactics of his newfound chum Otto to progress.

â€œThe cinematics lack any production value, and are often janky and impetuous which isnâ€™t helped by every cut scene maintaining gameplay graphics like some low-quality PS2 gameâ€ said CGM before handing out a 4/10. 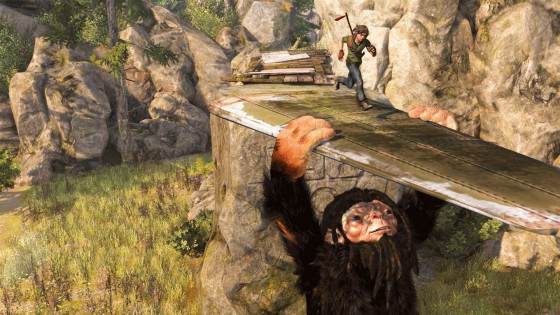 Forbes wasn’t too impressed either, giving it a 6.5 while highlighting technical issues and other problems, albeit minor. â€œHereâ€™s hoping the bugs get patched out and that we eventually get a Troll and I sequel, one that focuses on cleaner controls and a more emotionally engaging story,â€ they said.

Mass Effect: Andromeda is, of course, this weekâ€™s biggest releases. Review scores are incredibly mixed â€“ it seems that for every 8/10 thereâ€™s a 6/10 to drag it down, resulting in a Metacritic of 74%. While not a bad score by any means, this month has already given us the high-scoring Zelda: BotW, NieR Automata and Horizon Zero Dawn. After a five year wait, fans expected â€“ and deserved – something truly special.

â€œWhile Iâ€™ve enjoyed my time with Mass Effect: Andromeda, Iâ€™m not dying to go back. Itâ€™s not bad, not by any stretch, but itâ€™s missing that special somethingâ€ said We Got This Covered, who opted for a 3.5/5. 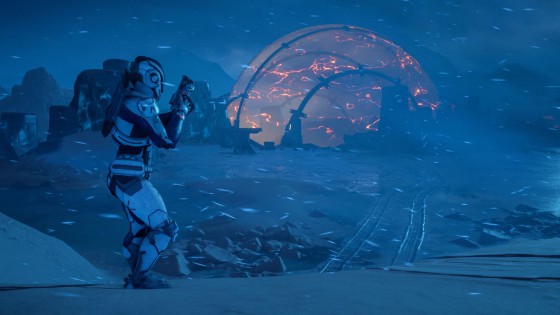 Vikings – Wolves of Midgard, This is The Police and Toukiden 2 are this weekâ€™s remaining retail releases. Weâ€™re still waiting on reviews of Kalypsoâ€™s Vikings. It looks competent enough, but weâ€™ll reserve judgement for now as the lack of pre-release coverage is concerning.

This is The Police â€“ available for around Â£15 â€“ is THQ Nordicâ€™s take on the strategy genre, with the idea being to manage a police station in a crime infested city. Scores for this one are mixed, too â€“ everything from a 5/5 from Twinfinite to a 4/10 from Destructoid. GameSpot went for a 7/10 meanwhile. The fact that it becomes dull quickly appears to be the biggest complaint.

Scores for the PS4/PS Vita RPG sequel Toukiden 2 are a tad more consistent, mostly clocking in at either 8/10 or 7/10. The Metro went with a 7: â€œAlthough Toukiden 2 does more to advance the formula than Monster Hunter has in recent years, whatâ€™s here remains notably unrefinedâ€. Most reviewers also note that the visuals are on the poor side, due to it appearing on both PS4 and PS Vita. 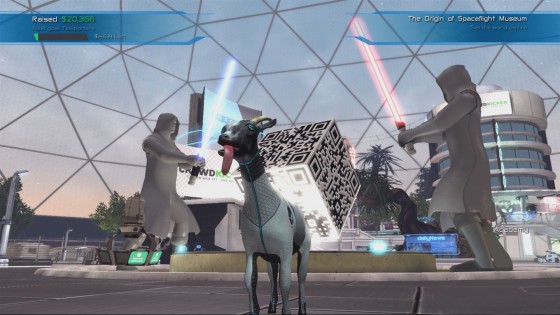 On the download services things are rather quiet. The PS4 and PS Vita get the Japanese roguelike Touhou Genso Wanderer, abstract interactive toy Everything â€“ which has been compared to Katamari Damacy or Noby Noby Boy â€“ plus Touhou Double Focus, Zero Escape: The Nonary Games and Rayon Riddles â€“ Rise of the Goblin King.

Goat Simulator: Waste of Space and 88 Heroes hit both PS4 and Xbox One meanwhile. Like the name suggests, Waste of Space parodies Star Wars et al. The clue is in the title for 88 Heroes as well â€“ itâ€™s an action platformer with 88 different playable characters, each with unique abilities.

ACA NeoGeo Fatal Fury and ACA NeoGeo Art of Fighting are the only other new releases on the Xbox One, both of which need no introduction.