Mass Effect: Andromeda is the UK’s new number one. It had the third biggest launch of 2017 so far, trailing behind Ghost Recon Wildlands and Horizon Zero Dawn.

Chart-Track claims that itâ€™s EAâ€™s first no.1 since FIFA 17 but we believe theyâ€™re mistaken – Battlefield 1 topped the chart in October, whereas FIFA 17 launched in September.

In terms of franchise sales, Andromeda only had the third best week one sales â€“ Mass Effect 3 remains the fastest selling at launch. We should however note that the series has an odd history â€“ the original was an Xbox 360 console exclusive, while Mass Effect 2 didnâ€™t arrive on Xbox 360 and PS3 simultaneously. 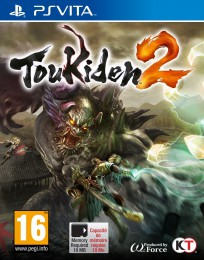 Chart-Track also notes that sales of Andromeda were split 55% PS4, 41% Xbox One and 4% on PC. The PC version still managed to make #12 in the individual format chart, though.

Aside Toukiden 2 topping the PS Vita chart, no other new entries can be found within the UK charts. This means Vikings â€“ Wolves of Midgard, This is The Police and Troll and I didnâ€™t get a look-in. Last weekâ€™s FlatOut 4: Total Insanity was another no show, incidentally, failing to even make the individual format charts.

We do see a few risers in the top 40 off the back of discounts and hardware bundling. Halo Wars 2 is up all the way from #26 to #11, while Forza 5, Ryse: Son of Rome and Rare Replay continue to climb for a second week thanks to retailers clearing out old Xbox One stock, with Rare Replay back in top 20 at #18.