Good old FIFA â€“ EAâ€™s sports series sells so well that even supermarkets like Morrisons, who donâ€™t usually push game sales heavily, get in on the action. Everybody wants a slice of that launch day pie. 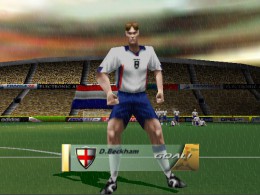 And so FIFA 17 had the most successful launch of any FIFA game, ever, with sales up 18% over last yearâ€™s iteration. 53 per cent of sales were on PS4, while 41 per cent were on Xbox One.

This is despite it being bundled with the Xbox One S, which is currently flying off the shelves. Good Lord.

Itâ€™ll probably remain at the top of the chart for a while now too, meaning the forthcoming likes of Mafia III and Gears of War 4 can only ever hope to enter the top 40 at #2.

Last weekâ€™s highly unexpected clearance of old PS4 stock seems to have impacted the chart, with popular pack-in LEGO Star Wars: The Force Awakens up from #9 to #3. Star Wars Battlefront also saw a slight boost, bringing it back up to #16.

Last weekâ€™s chart-topper BioShock: The Collection falls to #4 while XCOM 2 lands at #5, much to our delight.

The only other new arrival in the UK top 40 was the Nintendo Selects re-release of Super Mario 3D World at #32. Valkyrie Drive: Bhikkhuni and Lumo did manage to enter the PS Vita chart though, while Sonic Boom: Fire & Ice scraped in at #10 in the 3DS chart, outsold by Zelda: Ocarina of Time 3D. Cold.