Now hereâ€™s a fine example of an open world game that has ambitious intentions, and unlike so many others, manages to make good on its promises â€“ to find fame and fortune in a sandbox medieval realm.

This is achieved by any means seen fit, from becoming a notorious ne’er-do-well to man of the people; a hero for village peasants everywhere. With No Manâ€™s Sky allowing us to become an intergalactic tourist and the upcoming Sea of Thieves giving the chance to become a scurvy ridden pirate, our childhood dreams are finally becoming a (virtual) reality.

Indeed, Warband casts us back to simpler times. Quite literally, in this case â€“ itâ€™s a no thrills conversion of a 2007 PC game; one that managed to amass a loyal following. If you go into this belated console conversion expecting flashy visuals and the usual next-gen sheen then youâ€™re in for a disappointment, as even back in 2007 it was hardly cutting edge stuff. 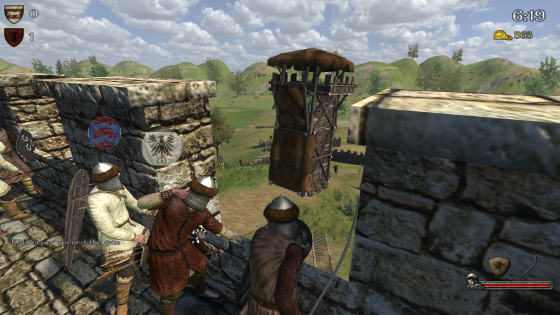 Thankfully, the Â£15.99 asking price â€“ even in physical form â€“ softens this blow, while allowing for some shortcomings with the presentation. A slight emphasis on the word some, there â€“ the UI isnâ€™t best suited for a joypad. This is most notable when trying to flog all your gains â€“ either ill-gotten or otherwise â€“ when heading into a town after a victorious battle. A slow process that requires each item to be selected individually. A â€˜sell allâ€™ button would have eliminated this problem instantly.

A basic nature does work in the game’s favour elsewhere, however. Loading times are resoundingly brief, even when entering new towns, and the game engine can cope with 64 player battles â€“ actual human players, we might add â€“ without breaking a sweat.

Like most role-players, Warband starts with a character creation tool, albeit a basic one. No matter how much time you spend here, the end result will always be the same â€“ a hero with a face like a potato and a haircut resembling that of a Playmobil man. Itâ€™s worth mulling over their backstory though as this effects starting stats, and also think carefully when deciding on sex â€“ NPCs treat female protagonists differently, with the Lords in particular often offended by the very presence of a female warrior in their abode. Ingeniously, itâ€™s possible to give them backchat. Most conversations are over in mere seconds as few NPCs have a story to tell. 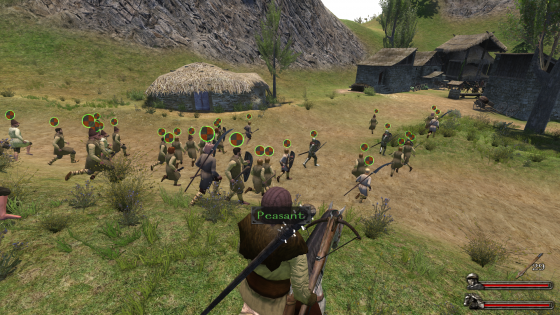 After creating a character thereâ€™s a short tutorial â€“ which entails hiring a few recruits and taking on some cowardly bandits â€“ and then youâ€™re left to your own devices. Itâ€™s a good idea to amass a small army as bandits sometimes cross your path when travelling from town to town. Your dedicated followers demand money on a weekly basis and also have to be fed, with some food types providing a hefty morale boost. An army marches on its stomach, after all.

Making money is an easy enough task as its possible to find out other townâ€™s buying prices before heading to the marketplace. The ability to buy and sell stuff via a menu system, instead of heading into a town and attempting to find the goods market, also speeds up the money making process no end. A push of a button is all it takes to leave a town too, rather than having to backtrack to the main gate. This streamlining is very much appreciated. 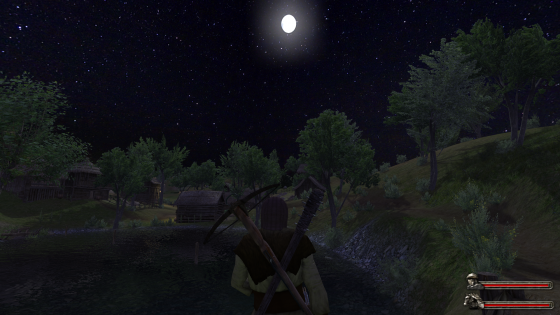 Farms have cattle that can be purchased, castles are home to Lords who bestow more elaborate and time-consuming quests while towns have taverns where special recruits and ransom brokers can be found. Ransom brokers are shady sorts who are quite happy to purchase any slaves or prisoners you may have acquired. They also come in handy when trying to free the siblings of Lords and Ladies from jail â€“ one of the frequently reoccurring quests. Although repetition within mission objectives does soon settle, there are dozens of random events intended to catch players off guard. And in absence of a storyline, thereâ€™s an ultimate goal â€“ to become King (or Queen) of Calradia. Rest assured that your esteemed behind wonâ€™t be gracing any thrones within mere hours of play. Weeks, more like it.

charging the enemy with an almighty army is thrilling

Itâ€™s during combat that Warband really comes into its own; charging the enemy with an almighty army is thrilling, and the resulting clashes can be pleasingly brash and brutal.

As much as it pains us to say it, being both a misused and overused comparison, the combat system is similar to Dark Souls. The weapon assortment is a mixture of one and two handed weapons, some of which can be used in conjunction with a shield. Overhead blows with a large two-handed weapon can be devastating, while sword slashes to the torso cause far less damage. Learning how to block, either with a shield or with a weapon, makes all the difference between life and death. Pikes and spears can, of course, keep the enemy away further than armâ€™s length, while crossbows can be tricky to use initially. That said, firing a few pot-shots into a large crowd of enemies often yields results. 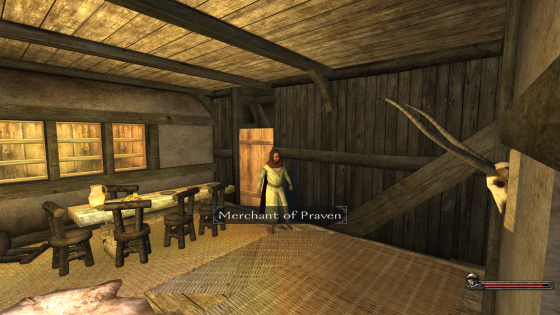 Being more than familiar with the combat system gives a serious advantage during online play, especially when it comes to timing strikes perfectly. The presentation for multiplayer menus is likewise drab and crude, but itâ€™s hard to be too negative as everything works like clockwork. Thatâ€™s to say we didnâ€™t encounter any connection issues and was able to jump in and out of matches without hassle.

The most popular match type is Siege, which entails either defending or attacking a large multi-floored castle; a pleasantly chaotic pursuit thanks to the 64 player cap. Players start off with 1000 coins that can be used to buy better armour and weapons (or a horse), with extra funds gained per kill. Fail to keep the kills come though and funds will dwindle, forcing you to go back to default equipment. Worry not though, as itâ€™s possible to pick up weapons and shields from fallen foes. 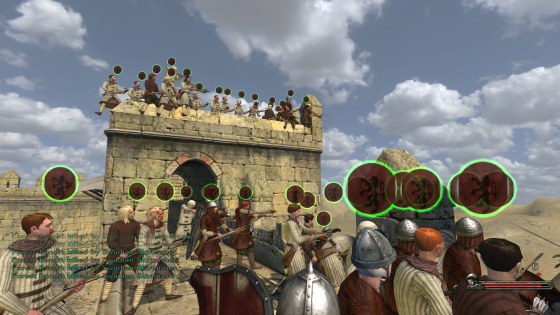 The kind of tactics employed in multiplayer are very well-worn, and most of which are more than obvious. Changing character type as demand calls for it is a good example. When defending a castle itâ€™s wise to play as an archer when battle commences, as thereâ€™s no point wielding a sword when the enemy is still yet to breach the gate. The 30 second respawn period does hinder the flow of Siege battle somewhat, and the respawn locations are sometimes questionable, but on the whole multiplayer entertains.

Like the main game itself, itâ€™s far too crude to be taken seriously, but the fundamentals are in place and thereâ€™s something rather raw and exciting about storming castles with near countless other bloodthirsty soldiers. Certainly exciting enough to feel as if a primaeval instinct long dormant in our DNA has suddenly woken. The cry of â€œcharge!â€ alone is enough to make our heart skip a beat.

Warband is a decent budget buy that deserves to be given a chance. Try it, you just might like it.