SEGA’s Wonder Boy series has remained dormant for such a long time that fans have taken it upon themselves to give the world a new Wonder Boy.

Two new games starring the boy wonder are in the pipeline, in fact, and both are officially sanctioned by seriesâ€™ creator Ryuichi Nishizawa.

Due for release before the year is out, Game Atelierâ€™s Monster Boy takes elements from the Master System classics Wonder Boy in Monster Land and Wonder Boy III: The Dragonâ€™s Trap to form a spiritual successor. Then in early 2017 â€“ fingers crossed – we can expect a fully-fledged remake of The Dragonâ€™s Trap from the Paris-based Lizard Cube and publisher DotEmu.

We caught up with Omar Cornut and Ben Fiquet from Lizard Cube to see how their ravishing remake is progressing.

Games Asylum: Tell us a bit about the teamâ€™s background.

Ben: I studied traditional art and animation in Lyon and Paris. After that, I worked on Soul Bubbles with Omar. Since then Iâ€™ve been working in animation (DreamWorks, Zodiak Kids, etc), making my own comics and freelancing for different companies in video games and other areas. 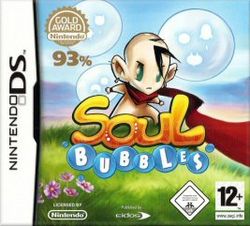 Omar: Iâ€™ve been programming games for a while now. Most notably I worked on Soul Bubbles in Paris, the PixelJunk Shooter series at Q-Games in Japan, and on Tearaway for the PS Vita at Media Molecule in the UK.

More related to our current topic, I also made a SEGA 8-bit emulator called MEKA and started the SMS Power community. I am pretty obsessed with the SMS, I guess.

How long did it take to untangle The Dragonâ€™s Trapâ€™s licensing entanglement? Itâ€™s our understanding that SEGA no longer owned the license, correct?

Omar: The legal structure is quite subtly complex so us mere non-lawyers are often spreading simplifications that are missing some details. The simplified answer is that LAT acquired the assets from Westone, which includes the entirety of the game copyright, the code, the graphics and the game design.

Mr Nishizawa from Westone is helping out with LAT. The trademark, aka the brand â€œWonder Boyâ€, is still partly owned by SEGA in some territories. It took us a long time to untangle all that. If it wasnâ€™t for DotEmu and Mr Nishizawa being acquainted, and pushing for it, it wouldnâ€™t have been possible.

Roughly how far into development is the game? Moreover, any update on a release date?

Omar: The game is quite playable but we havenâ€™t finished the later zones and characters. Weâ€™re aiming for early 2017 but not totally sure yet. Weâ€™ll let you know when we know more!

It would also depend on how many launch versions we are doing, etc.

With multiple playable characters being one of the gameâ€™s focal points, bringing them back to life is obviously a tall order. How long does it take to fully animate a single character?

Ben: It takes quite a chunk of my work time. Traditional animation can be a long process but I do believe itâ€™s bringing much more liveliness compared to other techniques. Each main character is about 50 to 60 unique frames and enemies about 30 to 40. It can range from 1 day to a full week of work for one character.

Omar: The dragons are quite big, too. 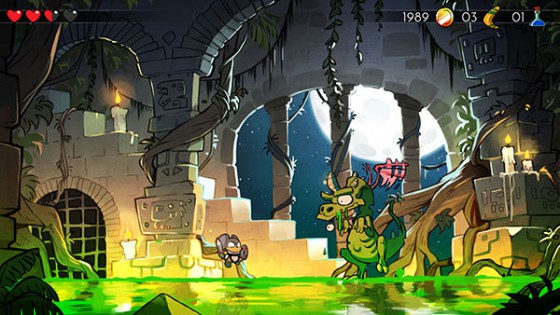 Weâ€™re guessing itâ€™s safe to assume that the password save system has been thrown out the window, in favour of a more conventional method. What other new features can we expect?

Omar: Never say never! We might be the only game of 2017 to allow for a password system!

On the new features, we are still working on them and figuring out what we can do that would improve the game without hurting its balance. So we donâ€™t know exactly right now if we are adding new features.

The sound effects in the trailer seemed identical to those from the original release. Have they been sampled directly?

Omar: The announce trailer used a mix of old PSG sound effects and new ones. To be honest, when we created the trailer we didnâ€™t have a lot of sounds in so some were placeholders. Romain Gauthier has been working on the sound effects and we have lots more now. We still occasionally use effects that are based on the original combined with new effects. Sometimes it is a mix of those.

Have you received any suggestions or feedback from publisher DotEmu, or are they completely hands off?

Ben: DotEmu has been ultra-supportive from the beginning. They loved the prototype we brought to them and they completely trust us since then. We also discuss together what would be best for the marketing. Itâ€™s very rare to be able to have that kind of relationship with a publisher.

Omar: They give us feedback regularly of course, but weâ€™re pretty much on the same page on the overall tone and contents of the game, so itâ€™s never a big surprise. Itâ€™s not like I arrive on Monday morning and see a Post It note with â€œAdd more machine gunsâ€ on my desk.

It is still very important for us to carefully listen to feedback from them and everyone who gets their hands on the game. We want to reach a larger audience so we need to playtest with all sorts of players. 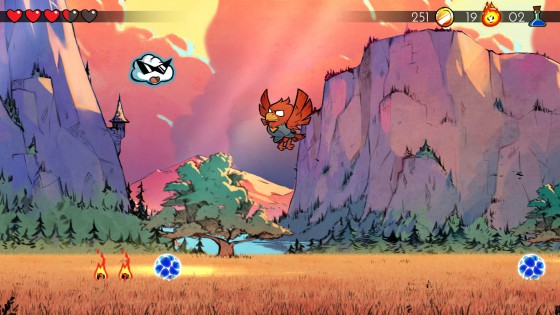 When the game was announced there was no word on what formats it would be heading to apart from PC. Any update? If not, whatâ€™s more likely – a simultaneous multi-format release or a staggered release?

Omar: Consoles and PC. We are still figuring out all the details, including which consoles and when. Because we are a small team, if we want to do many consoles we might need some support for it.

What other classic properties, SEGA or otherwise, would the team like to get hands on?

Ben: There are so many games Iâ€™d like to give a go. For SEGA specifically, Iâ€™d love Kid chameleon or Streets of Rage. But if they are up for it, I would totally do Sonic ;)

Omar: Call me a weirdo but Iâ€™d totally do Aztec Adventure! Or Psycho Fox, but Iâ€™m not sure if SEGA owns it. Maybe multiplayer The Ninja, top-down Out Run, an old-school Shinobi (though I loved the one on PS2), Ghost House, Kung Fu Kid, Alex Kidd, Kid Chameleon, Monster Landâ€¦somebody needs to stop me.

Right now, we are too deep down in Wonder Boy III to look in the future.