Like a child with mere days left before the start of school, this weekâ€™s UK chart clearly doesnâ€™t know what to do with itself.

Blizzardâ€™s Overwatch has re-claimed the top spot, making it four non-consecutive weeks for the colourful shooter. This is actually a record for a Blizzard release. 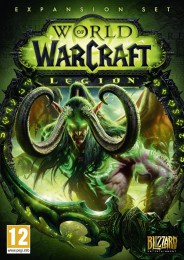 Chart-Track puts the sales surge down to price cuts â€“ most retailers are selling it for Â£30 currently.

With a free-to-play weekend due to commence later this week on both PS4 and Xbox One, Overwatch may very well take the top spot again next Monday.

Previous number one Deus Ex: Mankind Divided falls to #2 with sales down 72%.

At #3 itâ€™s another Blizzard release â€“ the retail version of World of Warcraft: Legion. Although it was the best-selling new release of last week, sales were down over Warlords of Draenor.

At #10 itâ€™s the heavily discounted Disney Infinity 3.0, up all the way from #30. Our local Tesco cleared out their stock last week, with figures at around Â£2.50 each.

The Witcher III: GOTY Edition was the second highest new entry at #17, followed by God Eater 2: Rage Burst at #21.