While the core PokÃ©mon games prove to be more than ample time-wasters, the spin-off titles usually leave a lot to be desired. For every high, there are at least two lows. PokÃ©mon Dash, PokÃ©mon Ranch and PokÃ©mon Channel, in particular, are amongst the worst games Nintendo has ever published.

Fortunately for Wii U owners, PokÃ©mon Snap – due out this Thursday for Â£8.99 – is one of the highs. Itâ€™s an on-rails snapper, as opposed to an on-rails shooter, with the idea being to capture 63 different PokÃ©mon on film. 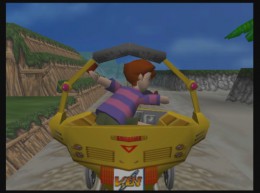 Some are happy to dive right in front of the camera, while others have to be coaxed out their environment with apples and pester balls. Yeah, pester balls. Presumably throwing rocks at PokÃ©mon was seen as a no-no by Nintendo.

We recall spending several very pleasant evenings finding and snapping all 63 PokÃ©mon. We were left wanting more, but 16 years on it’s a dream still yet to be fulfilled.

This is one of the reasons why the game is held in high regard – it never received a sequel, despite the likes of the 3DS and Wii U – with their gyroscopes and all – being the perfect fit.

And hereâ€™s an example of a poor PokÃ©mon spin-off – the DSâ€™s PokÃ©mon Mystery Dungeon: Explorers of Sky is also due on Wii U this week, again from Â£8.99. Reviews were mostly below average, with IGN, The Metro and Nintendo Gamer magazine all handing out sub-50% scores.

IGNâ€™s review is still up. â€œIt’s a rip off, plain and simple,â€ they said.

The Wii U also sees a handful of new indies, with the pixel-art platformer Poncho (Â£7.99) being the highlight. The PC version arrived to good, but not great, reviews with Destructoid handing out a 6/10. It may fare a little better on Wii U, mind.

Blasting Agent: Ultimate Edition (Â£4.49) is another that first made its mark on PC, taking the form of an 8-bit run and gunner. Thatâ€™s joined by the Castlevania-alike Citadale (Â£4.09), the distinctly retro platformer Collateral Thinking (Â£2.69) – which has been likened to the original Donkey Kong – and Word Logic by POWGI (Â£7.99) which appears to offer Wii U/3DS cross-buy support. Shame itâ€™s just a word game, eh?

Nintendo themselves provide the bulk of 3DS discounts for this week, but thereâ€™s a catch – theyâ€™re all StreetPass Mii Plaza games and packs. Pack 1 and Pack 2 are down to Â£8.99 and Â£4.80 respectively, while the likes of StreePass Fishing and StreetPass Zombies can be had for Â£3.59 on their lonesome.

Other 3DS discounts meanwhile include Zombie Panic in Wonderland DX for Â£4.49, and Space Lift Danger Panic! for a mere 65p. 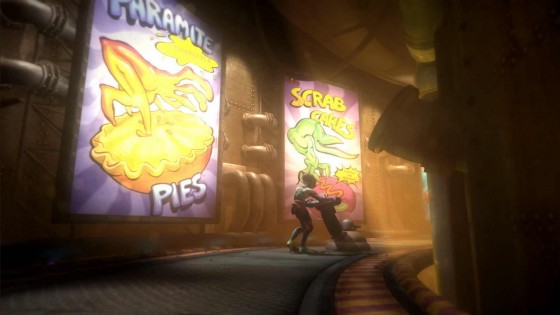 We reviewed The Fall last week and was left mildly impressed – it’s the first part in a sci-fi trilogy, featuring an AI lifeform attempting to get her unconscious human host to a medical facility. While the premise may sound rather dark and edgy, it actually doesn’t take itself too seriously. In fewer words: it’s well worth Â£1.40.