Even though itâ€™s hardly the freshest game around (six weeks old to this day, no less), I was still considering giving Homefront: The Revolution the review treatment. It had something of a muted launch, and once the reviews arrived – resulting in a 49% Metacritic on both Xbox One and PS4 – it swiftly vanished into thin air. Nobody has even felt inclined to champion the few things it does well.

The decision not to review Homefront was an easy one to make – approximately 15 hours in I hit a game breaking bug, and subsequently spent an entire evening reloading old saves and trying other methods to find a workaround. With no luck whatsoever, it came pretty clear that a review was out of the question.

Iâ€™d encountered several glitches before this point, all of which were easy to look past. Quite amusing glitches, to be fair – NPCs trying to walk through closed doors, floating spades, enemies carrying invisible guns etc. The game breaking bug I encountered however was no laughing matter; just as I was starting to get into the storyline and had grasped the developerâ€™s unrefined ways of doing things, that enjoyment came to an end. What should have been a simple mission to head into a ruined apartment to locate some schematics, resulted in searching Google some thirty minutes later to find out what the hell I was supposed to be doing. Incidentally, it appears i’m not the only one scratching my head here – others have been left stumped too. 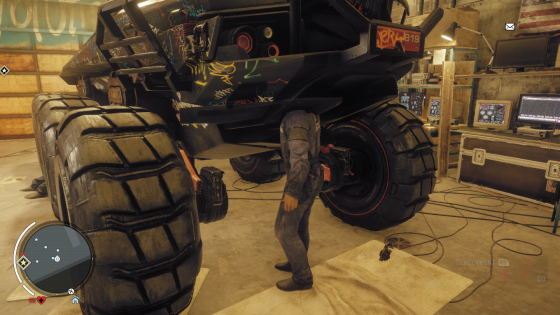 See, the schematics arenâ€™t located in a draw or similar but are instead hidden in a ceiling panel marked with an X. To make things even more confusing, the panel apparently changes at random. After shooting all four marked panels, the schematics were still nowhere to be seen. I reloaded saves, killed myself, attempted to fast-travel back to completed zones but to no avail. After some reloads the ceiling panels would still be intact, while other times theyâ€™d be hanging loose. It was a mess, basically.

After roughly two hours of messing around, I decided to try and tick off a few achievements (being an open-world game, I wasnâ€™t bound to this mission alone) but when doing so I found myself opening a Pandoraâ€™s box full of problems. That game breaking bug wasn’t an isolated incident. 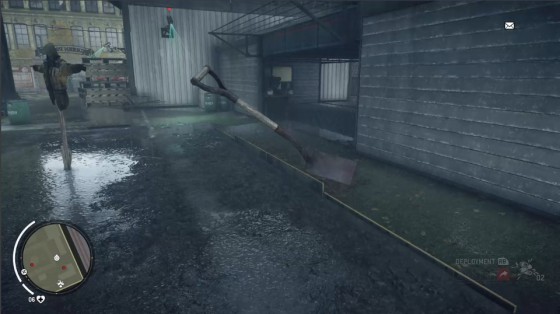 Part of the game entails storming bases and buildings in a one-man-army fashion so that resistance fighters can retake control, so I set about trying to capture all strike points on the map. Two however proved impossible to take over. â€˜Restore power to warehouseâ€™ read the mission objective, but the waypoint took me to a locked briefcase. I shot it, threw a hack tool, explored the rest of the building, and jumped up and down on the spot a few time all to no avail. Why would I have to restore power to a building to open a briefcase? Everything suddenly stopped making sense.

For the second strike point I was able to restore power – achieved by revving a motorcycle on a makeshift dynamo – but after doing so no electric doors or devices reactivated. The lights were on but nobody was home.

At least I managed to get the achievements for killing ten enemies with traps, as well as the one for destroying a tank with a RC car loaded with explosives. These two achievements in particular were entertaining to obtain, right to the point where they highlight how good Homefront: The Revolution could have been if it hadnâ€™t been stuck in development limbo since 2012. 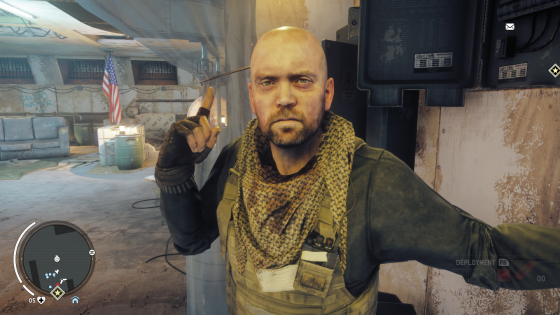 Rather than being a linear set-piece heavy affair like Call of Duty, its open-world nature allows the facilitation of completely unscripted events. Hack tools can temporarily turn turrets and tanks against the enemy, RC cars allow you to take down threats from a distance, and the homemade traps provide much hilarity when used alongside a distraction tool. Each of these ideas is as good as the last, and the slight sci-fi undertone isnâ€™t without appeal either. Less said about the way the enemy is referred to as â€˜Norksâ€™ the better though. Being based here in the UK, Dambusters must be well aware that word is also slang for a ladyâ€™s bosom. â€œWe got Norks everywhere!â€

While not quite the disaster as Aliens: Colonial Marines or Deep Silverâ€™s own Ride to Hell: Retribution, ignoring the fact that Iâ€™d somehow managed to get the game in a non-progressable state, the scars of Homefront: The Revolutionâ€™s elongated development cycle run deep. Yet during the 15 hours I did manage to experience, I did see potential for something spectacular. Thereâ€™s clearly some talent at Dambusters, and with a clean slate (and a perhaps new engine) we could finally see the Homefront franchise turn into something truly great. Like the saying goes, third timeâ€™s the charm.