Considering many publishers have cherry-picked games from 2013 for current-gen HD re-releases, itâ€™s a year that can easily be seen as a vintage one for gaming.

This zombie survival/crafting hybrid is another from 2013, and even though it still remains on Steam Early Access, Telltale has seen fit to give it an almost-full-price console release. There we were thinking Sony didnâ€™t allow early access games on PS4.

Whereas the likes of DmC: Devil May Cry, Tomb Raider, The Last of Us and others from 2013 still look the part, 7 Days to Die doesnâ€™t look nor feel like a three-year-old game. Imagine an original Xbox game running in HD and youâ€™ll be somewhere near the mark. The draw distance is so atrocious that we expected Turok the Dinosaur Hunter to make a random appearance, the frame-rate is prone to dipping into single digits, bland and repetitive textures coat the environments and the festering undead are too poorly rendered to be considered frightful.

Honestly, the first time we loaded it up we thought it hadnâ€™t finished installing – itâ€™s a serious contender for being one of the ugliest games weâ€™ve ever played. 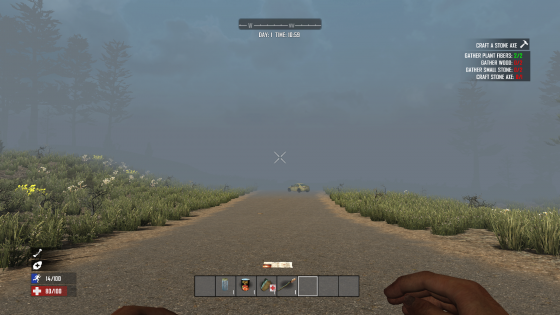 Being fans of retro gaming, weâ€™re more than aware that beauty is only skin deep. This is a game thatâ€™s being both promoted and sold as almost-full-price however (Â£25.99 on the digital services, and somewhere between Â£25-Â£30 at retail) so to be presented with something so low budget and devoid of polish comes across as a bit of a cheek. To say that the screenshots on the PSN/Xbox One product pages show the game in the best possible light is an overstatement – they barely resemble whatâ€™s on offer here. Itâ€™s a crude unfinished mess thatâ€™s being masqueraded as something thatâ€™s had a reasonable amount of time and effort put into it.

despite being a simple game, thereâ€™s no elegance within its simplicity

Thereâ€™s no shaking it either – itâ€™s constantly apparent that youâ€™re playing something made on a budget of nothing by a small team. Weâ€™d even go as far as to compare it to one of those terrible Minecraft clones found on the Xbox 360â€™s indie service.

We arenâ€™t suggesting to go in with low expectations; despite being a simple game, thereâ€™s no elegance within its simplicity. Laziness is the first thing that springs to mind. Thereâ€™s no opening cutscene to explain the premise and draw you in, or even a proper tutorial for that matter. Youâ€™re simply plonked into a hostile open-world environment and given a few tasks to get you on your way, such as crafting an axe out of stone so that wood can be gathered from trees. Usually, weâ€™re all for games that encourage self-discovery, but the unintuitive UI and control system makes the opening hour one of frustration rather than wonderment. 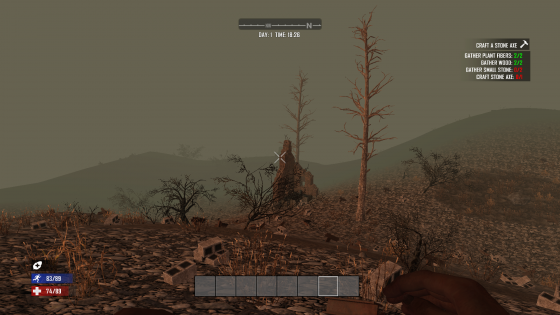 Minecraft is by far the biggest influence as it follows a similar sense of logic, with all building blocks rendered in cube form. Knock down trees to get wood, pick up stones from the ground to craft basic tools, make campfires to cook food, etc. Stone tools are eventually replaced with those forged from iron, while bows and arrows and crude wooden clubs make way for rifles and handguns. Being a survival game the protagonist – who can be chosen from a small roster – has to be kept hydrated and well-fed, all while keeping an eye on the temperature gauge. This makes some environments, such as snow and desert, completely uninhabitable.

Respawn in these locals and you may let the nearest zombie gnaw on your bones, in hope of respawning somewhere else on the map. A sleeping bag acts as a respawn point, but being an open-world game all too often youâ€™ll have to endure a herculean cross country trek to retrieve your backpack full of scavenged goods. Way too much time is spent simply running through featureless fields.

Two maps are available – a randomised one featuring different environmental biomes, and one created by the developers that features motels, houses and other buildings created from in-game objects. The randomised nature does the game no favours, with the (seemingly) basic algorithm occasionally placing objects in mid-air, while the lack of assets leads to heavy repetition. The ruined town biome, for instance, features the same partly ruined building approximately every 500 yards. 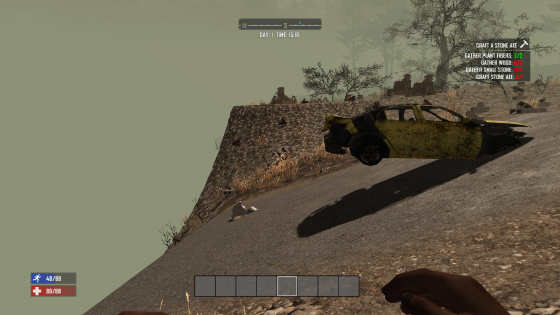 Reach the edge of the map and instead of wrapping back round youâ€™re presented with a colossal drop, as if the world itself is rendered on a cube. Laziness and general ineptness like this completely removes potential for creating a tense and thrilling atmosphere.

The festering undead are too poorly rendered to be considered frightful

Again like Minecraft, thereâ€™s no ultimate goal as such; just some faintly amusing achievements/trophies to work through. Survival is of course the focal point, though, enforced further by an elusive achievement/trophy for surviving 1250 minutes in single player.

Zombies appear on the map in a fashion that soon comes predictable – walk for a minute or so in one direction and youâ€™re guaranteed to come across one standing idle. Make too much noise, or forget to crouch and crawl, and theyâ€™ll make a beeline to your location and give chase. The AI has a default setting of giving chase for 60 seconds – something that can be altered in the options menu. This is a good example of how basic and predictable 7 Days to Die is. The AI is so rudimentary that their routines and patterns can be memorised in mere minutes, rather than hours. Thereâ€™s only one zombie type too, although they do act more viciously at night, and wild bears also feature in some biomes.

As for online modes, two are on offer – survival and creative, each with a handful of options. We hoped that online play would be 7 Days to Dieâ€™s saving grace, and although there is potential for compelling co-op base building with friends, it isnâ€™t enough to save the day as near countless technical issues drag the whole experience down.

Moreover, thereâ€™s no way to communicate with other players outside voice chat, so if youâ€™re placed in a game with nobody with a mic then it isnâ€™t uncommon to witness players running around like headless chickens, or simply following behind others in search of something to actually do. 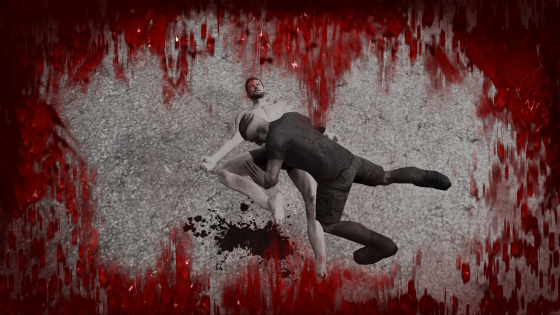 It speaks volumes that most of the chatter we heard was talk of how terrible the game is; players that feel both conned and swindled likewise, sold on the promise of something more substantial.

The ability to play with others, both online and via local split-screen, counts for much of the score seen below. It is (potentially, at least) possible to spend hours within the open-world, levelling up stats and improving arsenal, and if you can get friends with mics together then you may squeeze enjoyment out of it while cooperatively building forts, sharing survival tips and looting buildings.

Like Dead Island before it, the concept of an online survival game is indeed an appealing one – itâ€™s the similarly sloppy execution and lack of competence that kills it outright, with the fact that Telltale wants Â£25.99 for something so blatantly unfinished dealing the final blow.