Wii U revamp The Legend of Zelda: Twilight Princess HD has entered the UK top 40 at #2. The individual format chart shows an even bigger reason for Nintendo to celebrate – itâ€™s #1 here, outselling the PS4 and Xbox One iterations of Far Cry Primal.

Obviously, it wasnâ€™t able to better combined sales – Primal is still #1 in the all-formats chart. 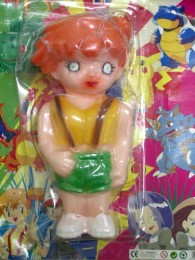 LEGO Marvelâ€™s Avengers remains at #6, GTA V drops to #7, new arrival Heavy Rain & Beyond: Two Souls Collection made #8 while positions #9 and #10 are held by Rainbow Six: Siege and Forza 6 respectively.

Mortal Kombat XL was the only other new arrival, entering at #21.

As for re-entries, Pokemon Alpha Sapphire and Pokemon Omega Ruby bounce back at #32 and #37. This is likely down to buzz surrounding Pokemonâ€™s 20th anniversary.

The somewhat newer Pokemon Super Mystery Dungeon is still in the top 40 too, currently at #22.

Itâ€™s not all good news for Nintendo though – after arriving at #12 last Monday, Bravely Second: End Layer departs the top 40 after just one week.