EA could have easily churned out this sequel post-haste, but has instead opted for the Battlefield treatment – a reasonably lengthy two year break between installments. Development time has been well spent. Pretty much all the faults present in its predecessor have been fixed, while a wealth of new maps, modes and a notably larger character roster have been added. We were a little skeptical about the price tag (GW2 is full price, whereas the original arrived at Â£25-Â£30) but this cause for concern was quickly forgotten about.

The new hub overworld is mostly to thank for this. At first glance itâ€™s little more than a glorified menu system, incorporating portals to the multiplayer and co-op modes. Step outside either factionâ€™s HQ though and youâ€™re presented to a reasonably large open world thatâ€™s full of secrets, mini-games, collectables, spontaneous turf wars and a fully-fledged single-player campaign. The lack of a single-player mode was the biggest problem the original faced, offering only the chance to play the wave-based Garden Ops mode on your lonesome.

Quest givers are spread far and wide across Zomburbia (the premise is that the zombies have â€˜wonâ€™ and the plants are striking back, incidentally), including a robot version of Crazy Dave thatâ€™s quite possibly crazier than the real deal. 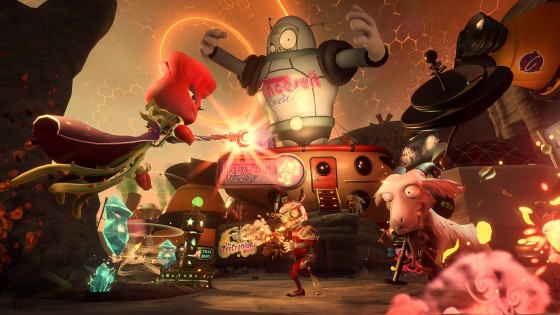 Some quests are mere diversions, such as escorting fellow faction members back to base, while others are more involving. The bite-sized Garden Ops challenges are a good example, featuring five waves instead of the usual ten and focusing on either collecting special items or defeating super-sized bosses. Thereâ€™s also a helicopter mission that pays homage to Call of Duty 4â€™s infamous â€˜Death from Aboveâ€™ sortie, in which ground troops must be protected. Those looking to fill their virtual wardrobe with all kinds of kooky attire will definitely want to play through the campaign, as itâ€™s only here that the more elusive items are available.

One thing that impressed in the original Garden Warfare was how balanced the teams were. GW2 adds three new characters to each faction without knocking the balance off kilter. The garden gang sees military nut Kernel Corn, magical witch Rose and Citron – a laser toting orange – join their ranks. A dual-wielding Imp that can summon a mech, a superhero zombie with a tornado attack and the sniper class Captain Deadbeard join the undead side meanwhile.

No character feels underpowered; even the health spewing sunflower can hold its own in battle. The Impâ€™s colossal foot-stomping mech is a tad overpowered, but this has been taken into consideration – the Imp himself has a small health bar, purposely making it tricky to keep him alive until the mech is ready for deployment. Prepare for Titanfall! 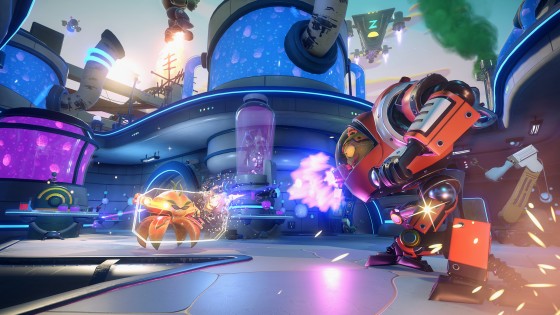 As well as ditching the challenge-based XP system for a more traditional method, all three special abilities for each character are now unlocked from the outset. Theyâ€™re a finely-tuned assortment of evasive and heavy-hitting maneuvers which are equally entertaining and satisfying to use. Each has a short cool down period; using the right ability at the right time can often make the difference between life and death. Rising up the ranks knocks a few precious seconds off the cool down ticker and boosts health regen times. Another nice touch is that characters from the first game can be imported. Chances are youâ€™ll receive a few bonus sticker packs for your loyalty, too.

Sticker packs are where single-use consumables are gained, purchased using the money awarded at the end of each battle or quest. The amount of consumable items is far higher in number. To balance this out, in whatâ€™s quite possibly also an attempt to make the game feel more rewarding, money is dished out for completing even the most simplistic of tasks. Even if your team loses a match enough money is usually awarded to be able to buy the cheapest of sticker packs.

In the first game, plants could place defense-boosting potted cohorts while zombies could summon an AI-powered member of the undead. Now, zombies can place turrets too while the plants can call upon an army of weeds for support. These fresh recruits play a crucial role in the new Graveyard Ops mode – the zombie take on Garden Ops. Ten waves, two randomly chosen boss battles and just three retries to make it back to the evac zone alive. Focusing on good old teamwork and strategic turret placement, itâ€™s an engaging experience. 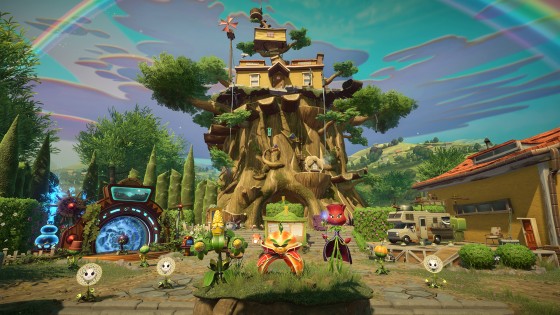 Despite proficient enemy AI though, the difficulty level doesn’t seem to be quite as challenging as before – we managed to complete all ten waves on the hardest difficulty without breaking a sweat. We should point out that we always favoured Garden Ops in the first GW over the other modes. Or in other words, weâ€™re very well versed with it.

As for the new maps, the highlight is a toss-up between Time Park – a theme park with portals linked to various time periods – and a lunar base which features alternate gravity. Playing the base-capturing Gardens and Graveyards mode on the moon base map results in a spot of impromptu soccer – a frantic battle to score the most goals before the timer runs out. Itâ€™s a great idea which not only induces variety but also prompts a change in tactics. On a less positive note, the Egyptian-themed Sandy Sands and the Asian-influenced Zen Peak are lacking in notable features. The two snow maps are a bit of a muchness as well. Out of the 12 different maps though, these are the only real duffers, and even then they aren’t badly designâ€¦just a bit bland.

Leaving the last-generation behind has lead Garden Warfare 2 to become the epitome of an excellent sequel. One that’s bulked to the brim with distractions, side-quests and other time-consuming pursuits. Just be sure to select â€˜mute allâ€™ during multiplayer – due to a younger fanbase, team chatter can only be described as awfully high-pitched shrieking that, frankly, nobody wants to hear.