A visit to Amazonâ€™s pre-order page reveals that Kickstarter funded RTS Battle Worlds: Kronos is heading to PS4 and Xbox One. 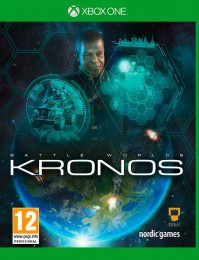 A Google search indicates that the console versions are yet to be officially revealed. We imagine the announcement isnâ€™t far off, considering Amazon already has it available to pre-order.

Battle Worlds: Kronos launched on PC back in November 2013, which almost certainly explains why publisher Nordic Games has it lined up for a budget release – Â£14.99, according to Amazon. The release date is currently unknown.

Reviews of the PC version varied from God is a Geekâ€™s 6/10 to 8/10s from numerous Eastern-European gaming sites. â€œA model Kickstarter project, delivering exactly what it promised, on time. And on top of that, it is a fine, turn based strategy game in the classic mold to bootâ€ said Finnish site Pelit.