A new release round-up between Christmas and New Year? Weâ€™re as surprised as you are. Speaking of surprises, Nintendo has sprung Story of Seasons onto the unassuming public out of nowhere. 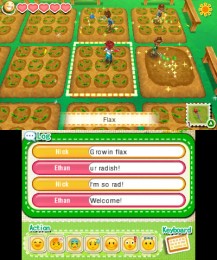 Well, almost out of nowhere – Amazon has had the release date listed as 31st December for the past few weeks, which we simply assumed was a default/placeholder date. Turns out it actually is out this week. Some gamers even received their copies of the 3DS farming sim earlier this week. Indeed, itâ€™s like the fragmented UK release of Captain Toad: Treasure Tracker all over again.

Story of Seasons was released as a Harvest Moon game in Japan but has received a name change elsewhere in the world due to Natsume’s ownership of the brand. The story is pretty typical of a Harvest Moon game – a city slicker becomes bored of regular life and decides to â€˜up sticksâ€™ and become a farmer in a quaint countryside town.

Customisation plays a big part (various pieces of stat-boosting jewellery can be equipped) as does connectivity, in the sense that farm produce can be sold to all different in-game countries and that StreetPass is used to swap farm data.

The US version launched at the beginning of the year, and as such reviews are bountiful. Scores included 4.5/5 from The Escapist, 8.4 from IGN, 8.0 from Destructoid and 7.5 from GameInformer. All signs point to it being the game the disastrous Harvest Moon 3D: The Lost Valley should of been. 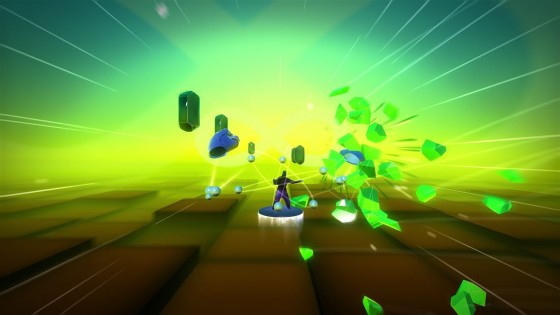 As for digital releases, the Xbox One sees a tardy Devil May Cry Holiday Bundle. It comprises of DmC Devil May Cry: Definitive Edition, Devil May Cry 4 Special Edition, a few extra characters and the facility to unlock all modes from the outset. We get the feeling Capcom has specifically released it to coincide with the current Christmas Xbox One sale, as itâ€™s currently Â£26.75 with Gold. The regular price is an eyebrow raising Â£53.49.

Capcomâ€™s double dose of Dante is being joined by fitness/destruction thing Beatsplosion for Kinect (Â£9.99), courtesy of the developers behind Squid Hero and Boom Ball. Also: the surprisingly entertaining Kung-Fu High Impact on Xbox 360. The asking price strikes us as a little high for what appears to be a simple fitness game, so approach with caution.

Then on PSN thereâ€™s Dogchild (Â£17.99) on PS4 and Doodle God (Â£4.99) on PS3. Dogchild is described as a physics-based adventure . The story sees a teenage boy (Tarpak) and his canine pal (Tarao) – both of which are playable – attempt to take down an evil corporation that carries out experiments on animals. A few images and additional information can be found here. 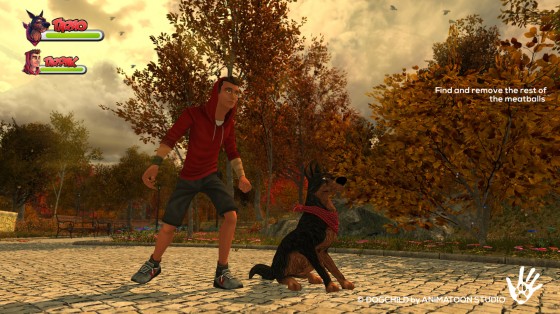 Doodle God meanwhile comes from the unfortunately named developer 4HIT and is a puzzle in which different elements must be mixed and combined to create a civilization. The official description on PSN makes it sound like yet another match-three puzzler, but, pleasingly, this isnâ€™t the case – it has more in common with the early Civilization games.

Next week: Lovely Planet (Xbox One) and probably some other new downloads.