Bethesda starts off the E3 conferences this year. If you can stay wake until 3am (BST) expect to see lots of more of Fallout 4, Doom 4, Battlecry and the all-but-officially-confirmed Dishonored 2. Maybe a couple of other surprises – current-gen revamps of the original Dishonored and Fallout 3/New Vegas have been rumoured in the past. With Mad Max performing well at the cinema, a budget-price Xbox One/PS4 re-release of RAGE seems likely to us. But donâ€™t quote us on that – itâ€™s knocking on a bit now, after all. 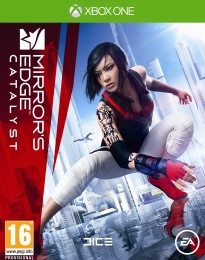 Tomorrow evening thereâ€™s a triple whammy of Microsoft, EA and Ubisoft at 5:30pm, 9pm and 11pm (BST) respectively. Microsoft has already confirmed that Scalebound and Crackdown are being saved for Gamescom, which presumably leaves us with Forza 6, Tomb Raider, Halo 5, Fable Legends, Gigantic, Gears of War and whatever Rare are working on. We have a feeling that the Xbox One version of World of Tanks will go live during the conference as it appeared on Xbox.com over the weekend. Some hopefuls believe that the FTP Fable Legends will launch over E3, but we reckon itâ€™s still a few months off – the current beta is still lacking a few key components.

Itâ€™s likely that Star Wars: Battlefront will front EAâ€™s conference, joined by Need for Speed, Plants vs Zombies: Garden Warfare 2, Mirrorâ€™s Edge: Catalyst, Minions Paradise and a surprise or two. As for Ubisoft, expect yet another showing of The Division and Rainbow Six: Siege plus Assassinâ€™s Creed: Syndicate. These three are the only titles confirmed. Itâ€™s highly doubtful Ubisoft will be showing just three titles; six is usually the standard. Itâ€™s too early for a new Far Cry announcement, but Watch_Dogs 2 could make a potential appearance. 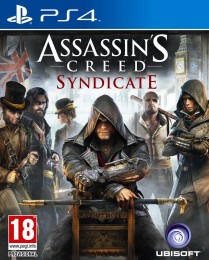 Then on Tuesday itâ€™s the turn of Sony, Nintendo and Square-Enix. Sony’s conference is another ‘red eye’ affair, commencing at 2am. A double dose of Nathan Drake (Uncharted 4/The Nathan Drake Collection), Ratchet & Clank, No Manâ€™s Sky, Fat Princess Adventures and Project Morpheus are a given. We can also look forward to plenty of new indie titles – Sony loves the indies, after all – and some unannounced games. Rumours of The Last Guardian were rumbling again last week, with reports that Knack creator Mark Cerny is now involved with finishing off the notoriously troubled title.

Nintendo is renowned for revealing several surprises over E3. Hyrule Warriors for 3DS was leaked earlier this week and Best Buy are running in-store demos of Mario Maker during E3 so expect to see plenty of those two. Although a new trailer was released last week, Devilâ€™s Third may be shown in order to drum up pre-orders. New information and trailers for Star Fox, Xenoblade, Fire Emblem, Project Treasure and the likes of Animal Crossing: Happy Home Designer, Chibi Robo: Zip Lash and Sonic Boom: Fire & Ice are highly likely. The Nintendo Treehouse event is also returning this year, in addition to the Nintendo World Championships 2015. 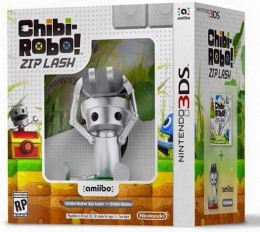 We very much doubt that Star Fox will be the only big release on Nintendo this winter, which suggests to us that something else will be shown. Maybe a new Metroid from Retro? Or a HD conversion of Mario Sunshine utilising Splatoon‘s tech?

Square-Enix will no doubt showcase Deus-Ex: Mankind Divided, Dragon Quest Heroes, Just Cause 3, Final Fantasy XV and Kingdom Hearts 3. Their YouTube teaser video hints at four surprises, no less. Possibly one of those will be a new Hitman, as another Agent 47 outing is long overdue.

The PC Gaming Show – hosted by AMD and PC Gamer – is the last conference on the agenda, taking place 1am (BST) on Wednesday. Blizzard Entertainment, Creative Assembly, Cliff Bleszinski, Splash Damage, Microsoft, Humble Bundle and more will be speaking. The likes of OverWatch and the unfortunately titled Total War: Warhammer will presumably take the limelight.

You’ll find Twitch live streams of the conferences below:

We’ll aim to bring you full round-ups of the Sony, Microsoft and Nintendo conferences in a timely fashion.