Weâ€™re far from being prude here at Games Asylum, but having watched a Mortal Kombat X fatality reel earlier this week we were left thinking that NetherRealmâ€™s latest pushes the boundaries of acceptability somewhat.

Long ago, fatalities in MK games were mostly crass – dropping an arcade cabinet onto a hapless foeâ€™s head, and such – but in MKX they all seem…pretty disgusting. Faces are shaven clean off, brains slide out of the top of pierced skulls and intestines dribble over the floor, all in a disturbingly realistic manner. We never expect a MK game to be tasteful, but nor do we expect one to be just plain gross. 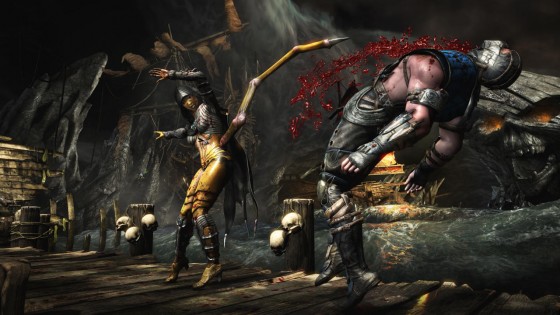 Perhaps Warner Bros. were hoping to spark some good old gaming controversy – the kind this franchise has thrived upon. No longer do elaborate codes have to be consigned to memory to perform fatalities either. Well, thatâ€™s the case for those with money to burn – the game launched alongside an IAP that allows for simplified fatalities. Two button presses instead of four, apparently – Â£3.99 gets you 30. Perhaps we should be grateful that there arenâ€™t IAPs for easier combos. Simplified fatalities wonâ€™t help players win matches, after all.

Gratuitous guts, gore and grizzle aside, MKXâ€™s core mechanics are seemingly sound. It would also seem that weâ€™re in the minority in thinking that itâ€™s a little too violent for its own good – VideoGamer called it â€œhilariously brutalâ€ while The Metro reckons that itâ€™s â€œjust tongue-in-cheek enough not to offendâ€. Both outlets gave it an 8/10, which is the score most European sites are dishing out. A few US sites have gone for 9/10s, which isn’t entirely unexpected – Mortal Kombat always goes down a storm in the US but is mostly met with the shrugging of shoulders in the UK. The same always goes for Twisted Metal, not that we’ve had a new one of those for a while.

The long awaited PC version of GTA V is the only other retail release for this week, boasting of “eye opening” 4K resolution visuals. Itâ€™s a conversion that has been a long time coming and thereâ€™s no reason to doubt that it hasnâ€™t been worth the wait. 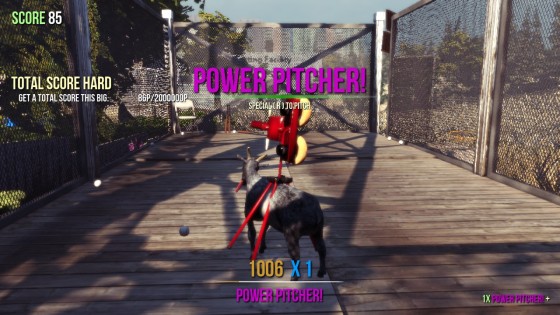 Goat Simulator, meanwhile, leaps from PC to Xbox One and Xbox 360 on Friday. Donâ€™t fence this one in with those notoriously horrid PC simulator games – centred squarely on destruction, Goat Simulator isnâ€™t po-faced in the slightest. It even has a Flappy Bird clone tucked away somewhere.

Costume Quest 2 is another making a late appearance, this time on PS3 and PS4. General opinion when it launched on Xbox/PC that it wasnâ€™t up to the originalâ€™s high standard of stupidity. Â£11.99 also seems a little steep considering it has been discounted on Xbox Live recently.

2D boss rush adventure Titan Souls (Â£11.99 with PS4/PS Vita cross buy) also launches on PSN this week. It has been likened as a 2D version of Shadow of the Colossus due to its focus on boss battles. Dark Souls (sigh) is another that it has been compared to – it takes one hit to kill your foes and one hit for them to kill you. 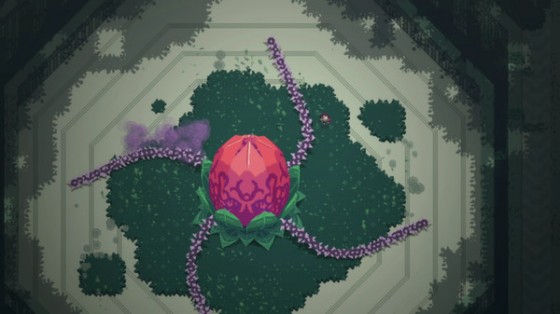 Unsurprisingly given the very nature of the game, reviews have been mixed – everything from The Metroâ€™s 5/10 (â€œit feels a lot more interesting in theory than it does in the endless repetition of actually playing itâ€) to PC Gamerâ€™s 87 percenter (â€œOne singular great idea is the foundation for a smart and occasionally thrilling action puzzlerâ€).

The PS3 gets a look in too thanks to Nordic Games giving Red Faction II, Summoner and Alter Echo a re-release. These crusty old PS2 not-quite-classics – formerly published by THQ – are set to cost Â£3.99. Summoner was a PS2 launch game, if memory serves, while garishly coloured platformer Alter Echo was one of the publisherâ€™s uber flops. We very much doubt it has stood the test of time seeing it wasnâ€™t all that great to begin with.

Next week: Tropico 5 (PS4) and another bunch of downloads. Happy Wars on Xbox One is a likely candidate