Itâ€™s fair to say that Dying Light isnâ€™t off to the smoothest of starts. For those not aware, the retail version’s European release date has been pushed back to 27th February leaving those looking forward to some mindless zombie slaying with just one option – cough up Â£54.99 for the digital version. Well, that or wait.

Reviews have hardly been forthcoming either, with some outlets reporting that their review copies arrived just a day before launch. Fortunately for Warner Bros. the few early reviews out there have mostly been positive, including 7/10 from Destructoid – who claimed that thereâ€™s a good 50 hours of play for those who want to see everything – 4/5 from Attack of the Fanboy and 4.7/5 from Cheat Code Central.

It was good old Jim Sterling who wasnâ€™t quite as sold on Techlandâ€™s Dead Island/Mirrorâ€™s Edge hybrid, giving it a mediocre 5/10. â€œDying Light has all the tools to be something special, but itâ€™s so insistent on playing it safe and mimicking other successful games that it fails completely to stand out in its own wayâ€ said Sterling.

The delay of the retail version is almost certainly going to dent sales, especially with Evolve out next week, but at least Warner has seen fit to include a bunch of bonus DLC to make up for tardiness. 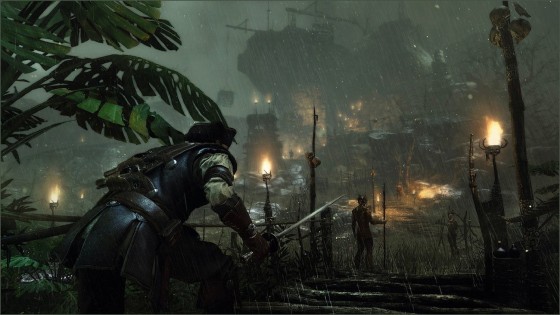 Scurvy ridden RPG Ravenâ€™s Cry is another new release having a hard time with it. It was originally due out in October, then December and then rescheduled to this week. And now? Now it has mysteriously vanished from release lists. A few online retailers report that itâ€™s still out Friday but the likes of GAME and Zavvi donâ€™t appear to be stocking the multi-format adventure at all. So weâ€™d be blown if we know whatâ€™s going on with it. It could possibly be out in other European countries but yet to hit the UK – thereâ€™s some ambiguous user review activity occurring on Metacritic.

Boxed versions of Terraria (PS4/Xbox One), physics based platformer Telsagrad (PS4/PS3/PS Vita) and the colourful 2D MOBA Awesomenauts Assemble (PS4) are definitely out though. That said, we imagine Telsagrad and Awesomenauts are going to be tough to track down – they’re being released by a small, upstart, publisher and so we doubt weâ€™ll see them pop up in the likes of Asda and Tesco.

Incidentally, the Wii U version of Teslagrad seems to have been pushed back until 27th Febuary. Amazon (if nobody else) has seen sense to drop the price though – it’s down from a ludicrous Â£34.99 to a slightly more justifiable Â£24.99. An emphasis on the word â€˜slightlyâ€™, there – itâ€™s a mere eShop release in a pretty case, after all. 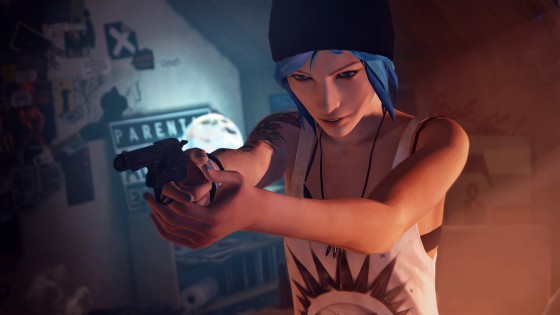 Speaking of digital releases and whatnot, there are a couple of new downloads to sit up and take note of. The first is Grim Fandango Remastered (Â£11.99 with PS4/PS Vita Cross-Buy support), which Eurogamer reports has stood the test of time incredibly well.

GamesMaster was the first to review episode one of Dontnodâ€™s female-lead adventure. They gave it 62% and claimed that thereâ€™s plenty of potential for future episodes to bloom into something better. You can read a bit more about what they had to say here.