Thereâ€™s a surprisingly sizeable market for simulation games, and so you canâ€™t blame UIG Entertainment for cashing-in on demand. The German publisher – also responsible for such riveting endeavours as Airport Simulator and Woodcutter Simulator – has recently released a â€˜Platinum Editionâ€™ of last Novemberâ€™s Professional Farmer 2014. Available as both a download and a retail release, it includes the â€˜Good Olâ€™ Timesâ€™ DLC, plus new ‘America’ DLC that features additional crops and machinery.

Are you still with us? Good.

Those who played Professional Farmer 2013 will instantly notice a few improvements and changes. For one, tractors have gears so you can now choose to go either slow or really slow. Season changes are also a new addition, allowing you to get really get into the farmer role, planning crop rotations and harvesting cycles. Lord forbid you plant the wrong crops in the wrong season and they wither and dry up…just like the hopes you had of having any kind of fun here. 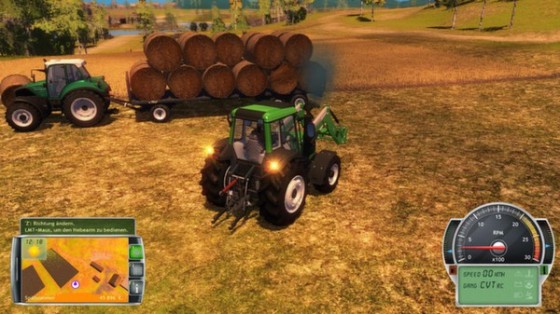 Don’t get us wrong, it’s not that there’s anything inherently bad on show, it’s just that everything is just so tedious. To give you some semblance of the time scale we’re talking about, it once took us almost three real life hours to plough a field to a reasonable standard. The next objective, which is to presumably seed it, hadn’t even popped yet. That’s to say, we sat in the cab of the tractor, trundled about forever and were still within the parameters of one of the first objectives. If this doesn’t already smell of slurry to you, you’re made of sterner stuff than we are. We’re not asking for Need for Speed: Farming Edition, we just want to achieve something within a reasonable amount of time.

Ploughing is an ordeal in itself. After lowering the plough to the field, we found it a feat in itself to do the job it was intended for. The turning circle on the tractor is so wide, mimicking real life, that ploughing fields is impossible. And it only became more of an ordeal as time went on. 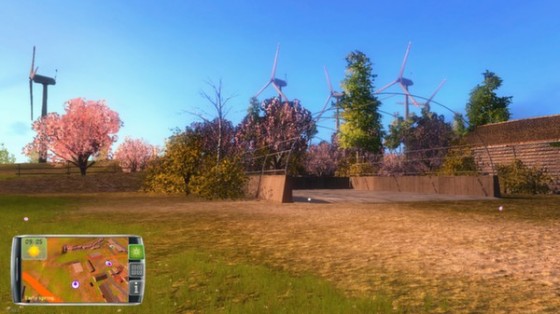 Steering via an Xbox 360 controller is an option, though it has its pros and cons. Driving is much easier, but gear shift and reversing is still managed by keyboard. If that and everything like raising and lowering the plough, or using whatever is being pulled by the tractor could be mapped to the controller, this would be much better than using one hand to steer and the other pressing keys.

The â€˜Campaign Modeâ€™ has a pretty typical set-up – you follow objectives to effectively and efficiently manage your farm, making it a veritable money maker. Slightly more noteworthy is the â€˜Free Play Modeâ€™ which is probably for those who want to destroy and run over all their crops and the animals you’ve lovingly nurtured in the hours playing this mundane, insipid tripe. 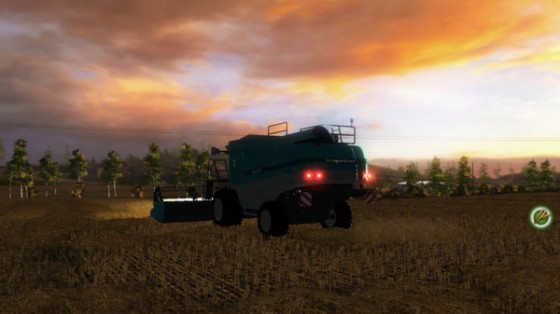 While pottering about the farm on foot, as farmers often do, you’re free to enjoy the ambiance. To wit: gentle warmth from the sky and birds tweeting. There is no background music to potentially ruin your farming experience, except when you hop in a piece of heavy machinery. When behind the wheel your aural cavities are delighted with some country style rock music. There may be a banjo or two in there as well.

The thing we have a problem understanding is why these games are so popular. Apparently eastern European gamers love them, but even the very thought of loading one up makes us feel depressed. Why would you come home from a hard dayâ€™s work, and essentially go back to work in a game offering no real reward? Yet, there was potential here. Imagine the kind of animal husbandry mini-games it could have featured. Go on, really imagine. You only need to look at the Harvest Moon series to see that farming sims can be fun.

If you’re determined to add a new simulation game to your library, check out indie title The Forest instead. You’ll thank us for it in the long run.