Best known nowadays for publishing Cooking Mama in the US and Zumba Fitness globally on Wii, budget game specialist Majesco has been around for far longer than most gamers realise.

Back in the mid-’90s, when the 16-bit market was entering its twilight years, the company purchased Acclaim’s Mexico-based cartridge manufacturing facility in order to re-release budget priced Genesis and SNES titles in the US.

These re-releases are usually frowned upon by collectors as they came in flimsy cardboard boxes rather than hard plastic cases. Manuals were printed in black and white, while the cartridges themselves were mostly formed out of Acclaim’s unsold stock. It wasn’t uncommon to find the Acclaim logo on the reverse of a Majesco re-release, even if the game itself had nothing to do with the now-defunct publisher. Cart labels meanwhile had a cheap matte finish. 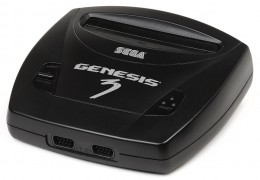 The list of games Majesco re-released is a long one – everything from Disney tie-ins to first-party SEGA titles. A few EA games were re-issued too – including Road Rash 2 – shipping on standard cartridges, instead of EA’s unique Genesis carts that infamously featured a redundant yellow plastic tab.

It’s fair to say that Majesco had a good idea of what games were worth re-releasing. The hard-to-find Castlevania: Bloodlines and Contra: Hard Corps on Genesis both gained re-issues, for instance.

Slowly but surely, gamers left their Genesis and SNES consoles behind to jump on the 32-bit bandwagon – or 64-bit, as was the case for Nintendo fans. Majesco attempted to give the Genesis a new lease of life by releasing the Genesis 3 in 1998, but the fact that these units are uncommon would suggest their attempt failed. Far smaller than the Genesis 2 – which was also re-issued by Majesco – they aimed to sell 1.5 million units of the drastically re-designed 16-bit system. An optimistic figure, considering the three-way console war between the PSone, Saturn, and N64 was currently well underway.

Then in 2001 Majesco made a surprise announcement. They planned to release a revised model of the SEGA Game Gear, alongside a range of software. Not just re-releases of existing titles, but brand new games too.

February 21, 2001
EDISON, NJ, February 21, 2001 – Further strengthening its position in the handheld arena, Majesco, Inc., today announced it has acquired rights from Sega Toys to re-manufacture the classic Sega Game Gear portable gaming console. The system will be available at Toys R Us stores and online a twww.toysrus.com and will be value priced at $29.99. Majesco additionally announced plans to support the system by publishing original Game Gear games, also value priced at $14.97.

The mere $29.99 price tag suggests Majesco intended it to be a low-cost alternative to the vastly popular Game Boy Advance. 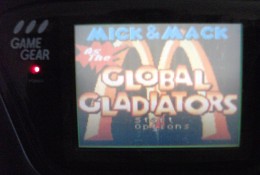 In terms of build quality, the Majesco Game Gear was a mixed bag. The screen was brighter and clearer, but as you may be able to tell from our images, the soft plastic lens was prone to scratching. The notably darker plastic casing felt cheap, while the Game Gear’s tri-colour logo was now black and white. This did at least make Majesco’s system distinguishable from the original. 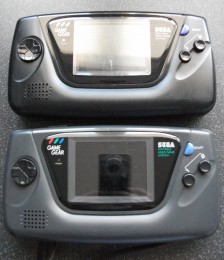 Thankfully Majesco didn’t make the same mistake that SEGA did and use cheap capacitors. Whereas original Game Gear units now often suffer from sound and screen issues due to the caps dying, Majesco units are still going strong.

For this reason alone, we would recommend the Majesco Game Gear over SEGA’s own. They can be tricky beasts to track down however – to the average gamer it is no more than your everyday Game Gear, and so they’re usually listed as such on auction sites. The monochrome logo is the sign to look for.

As mentioned, Majesco planned to support the handheld with new software. The reverse of the Game Gear’s box featured screenshots of Frogger and Ten Pin Bowling, both of which failed to materialise. 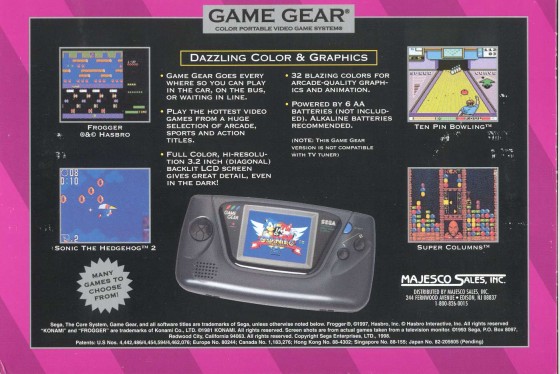 Although SEGA did have a Frogger game in development during the handheld’s early days, it was (allegedly) cancelled due to a license dispute with Konami. The screenshot on the Game Gear’s box suggested that this wasn’t SEGA’s Frogger resurrected, but rather a new game based on the Frogger game Majesco themselves released on Genesis and SNES in 1998.

Super BattleTank was technically a new game, however – it was originally due in 1992/1993 but never surfaced. This means it was the only game in Majesco’s tie-in that wasn’t a re-release. As such, it’s often cited as the last ever Game Gear game. 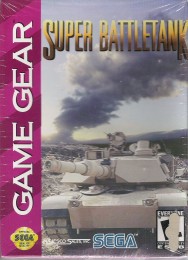 Majesco’s cost-cutting measures raised their head again when it came to the re-released games. The protective plastic cases were no more; manuals were in black and white. Cartridges too had a cheaper feel.

It’s believed that the Majesco Game Gears were never released outside of the US, but this isn’t quite the case. In 2001, UK retailer GAME announced plans to stock retro gaming systems and software. Those expecting to see the shelves lined with shiny new Mega Drives and copies of SEGA’s 16-bit hits would have been sorely disappointed – the consoles and games were supplied by Telegames, who had just acquired all of Atari’s surplus stock. Clearly keen to offload it, GAME’s acquisition of still shrink-wrapped retro goods mostly comprised of Atari Jaguar consoles and Lynx handhelds. The Game Gear made it back onto shelves too – available at £29.99 – and these were, oddly enough, the Majesco models. A backdoor route into the UK, if you will. 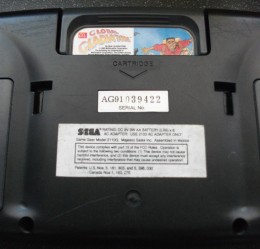 Rather than flying off the shelves, GAME’s retro stock simply collected dust until reaching the bargain bin. In this Eurogamer article from 2001, current editor-in-chief Tom Bramwell claims to have seen Jaguars reduced to £19.99 with games £10 a piece.

Majesco’s re-released Game Gear games likewise found a backdoor into the UK – the likes of The Lion King turned up in Poundland’s competitor 99p Stores. Where this stock had been sitting for the past ten years is a mystery.

So, that’s the curious tale of Majesco unexpectedly giving the Game Gear a second lease of life. Going against the might of Nintendo and the Game Boy Advance, the incredibly outdated handheld barely stood a chance of making a dent in the market. SEGA fans were thankful though, if nobody else – a brand new system to play their old games on, and for a bargain price to boot.