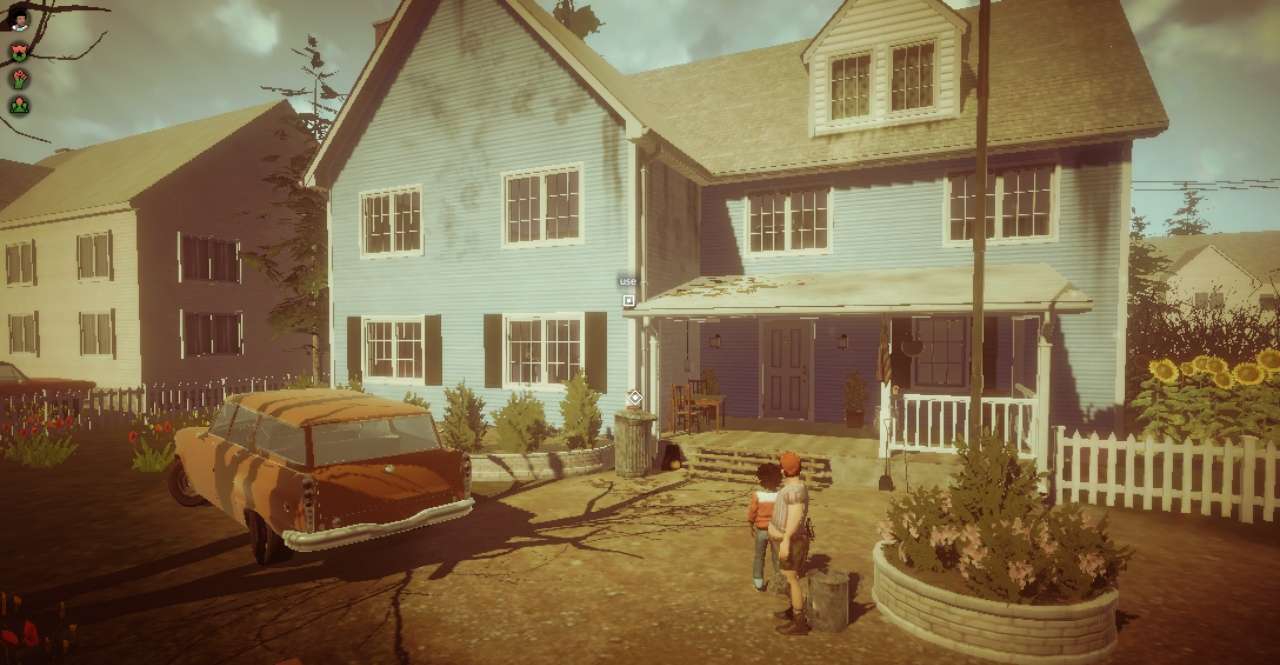 At the time of typing, only 15 games are due on the Switch eShop this week – roughly a quarter of the typical amount. Next week puts us back on track, with four(!) JRPGs due.

This week we can expect the emotional road trip Best Month Ever – entailing a girl in her late 20s and her 8-year-old son – precision 2D platformer Raven’s Hike, isometric bullet-hell shooter Wildcat Gun Machine, and RiffTrax: The Game – a movie maker with over 250 clips.

Citizen Sleeper is arguably the week’s most anticipated release – a tactical sci-fi RPG with the freedom of a tabletop affair. Reviews are positive so far, including an 8/10 from The Metro who praised the presentation, the addictive gameplay loop, and the quality of writing.

Other releases include the MS-DOS era inspired sci-fi racer Nirvana, the block-shoving puzzler Slap the Rocks, and the 2D pixel art platformer Chefy-Chef. A spiritual successor to Out to Lunch, perhaps?

Enter a bullet hell dungeon crawler where you take on hordes of disgusting flesh beasts with a wide variety of guns, giant mech robots, and cute kittens.

Interact with the story of World War I (the Great War) and World War II by solving puzzles, finding land, naval, and anti-tank mines, and win the war!

Clear minefields in a variety of different scenarios and guide soldiers to victory!

If you like puzzles, World War I and World War II stories, and are looking for simple, minimalist fun, this is your game.

Raven’s Hike is a 2D precision platformer, challenging game that requires the player to discover the best route to finish the levels that have a little bit of puzzles, which all movement is based on the main character grappling hook.

The difficulty curve gradually increases as you progress in the game, requiring a mastery control and more precise moves.

Prepare your platform skills (and your grappling hook, of course) to enjoy this amazing experience.

Developed by Wired Dream Studio and Published by QUByte Interactive.

Live the life of an escaped worker, washed-up on a lawless station at the edge of an interstellar society. Inspired by the flexibility and freedom of Tabletop RPGs, explore the station, choose your friends, escape your past and change your future.

The 1960s were tumultuous in more ways than one – the Summer of Love, the Vietnam War, the survivors and the losers of the great upheaval in history.

Canned Heat was “Going Up the Country” while Bob Dylan asked “How does it feel” to have no home and live on the street.

Travel across the country and meet a plethora of characters that may help or may dissuade Louise from her goals – including the most controversial groups many thought long gone.

Grab your friends and make fun of some of the worst cinematic abominations ever created. RiffTrax has been bringing their comedic commentary to movies for over 15 years – now’s your chance to riff along with them! Do you have what it takes to be the next movie riffing genius?

Over 250 movie clips from RiffTrax classics such as “Rollergator”, “Attack Of The Supermonsters”, and “Plan 9 From Outer Space”!

Featuring two exciting ways to play! Write your own riff and watch your comedy genius come to life via text-to-speech. Or leave it to the pros and choose from over 2,000 expertly crafted riffs from the RiffTrax team.

Dive into an adventure in a diverse world full of dangers and beautiful landscapes. Defeat your opponents, collect valuable coins, and be precise during the crossing! Are you brave enough to go on such an unpredictable journey?

Are you ready for an intense game full of excitement? There is a lot to be won, starting with respect and ending with a lot of virtual cash!

Block-sliding brain teasers get a fantasy adventure twist in Slap the Rocks, a retro puzzler where you play a medieval treasure hunter with a sword and a penchant for knocking stones around! Presented in top-down pixel art style, Slap the Rocks features 30 levels to explore, each with a maze of stones, bushes and stumps, where your objective is to hit and slide the white rocks into holes to create a path to reach a treasure chest!

To clear each stage, you’ll need to slice through bushes and carefully navigate the terrain. Position yourself next to a stone and slap it with your blade to make it slide across the field, where it will stop as it collides with rock walls or other obstacles. Moving the stones in straight lines, you will eventually line up with pitfalls in the ground and fill them with the fallen stone. Can you overcome the increasingly tricky levels on your way to victory and fortune?

Darkness and Flame: Enemy in Reflection – £6.29

The evil spirit tricked you. Now you have to make everything right, because others have tried and failed for centuries…

“Darkness and Flame. Enemy in Reflection” is an adventure game in the genre of Hidden Objects, with plenty of mini-games and puzzles, unforgettable characters and complicated quests.

Power of the Flame is restored, Alice and her friends escaped from the Dark Army. In search of a place to rest, they stop at a strange glade and allow themselves to relax…

However, in this new hostile world, one cannot lose its vigilance even for a minute. And the reckoning for carelessness will not take long… Alice finds herself dragged into a battle with the evil that is older than darkness itself.

Family friendly puzzle game for 1 to 4 players! Play alone or with friends! Conquer more than 100 stages! Battle with various creatures, traps and enjoy your space adventure.

More than 30 ships to unlock! 100 stages! Playable alone or up to 4 players

Pineapple-radish salad is a favorite dish of the Chef named Chefy. Once again approaching the refrigerator, Chefy magically finds himself in new worlds in which he has to find the ingredients for his favorite dish!

Armed with your culinary skills and ingenuity, embark on this delicious adventure! Collect ingredients as you make your way through dense jungles, snow-capped mountains and a viscous swamp.

Overcome 60 levels full of adventure and fun together with Chefy! Pick up unique cooking tools that will unlock superpowers for you, such as climbing walls with a sharp knife, teleportation with a frying pan and high jumps thanks to a cooking hammer!

In addition to racing on 10 retro-themed, low poly tracks there are many decisions to make in the game, with 5 different story endings!

This is a game where your goal is to keep pressing a button, perfect timing, to help a flying cat pass by enraged dogs.