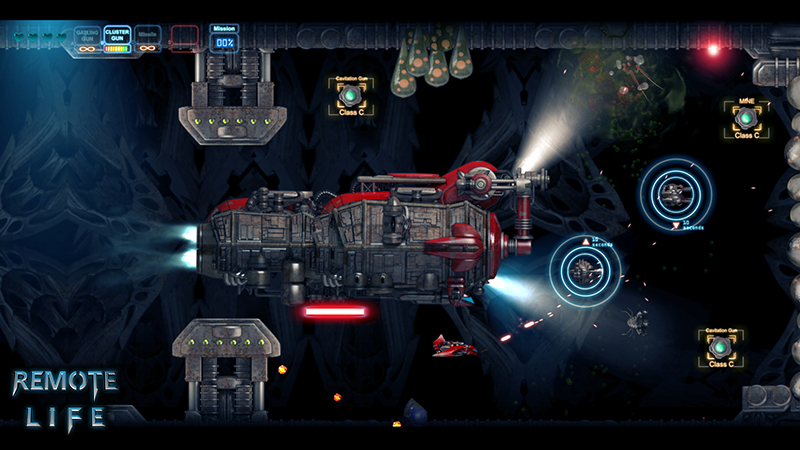 Following on from this week’s Redout 2 release date reveal, the merry month of May is about to gain another surprise release – side-scrolling shooter Remote Life, due on the 27th.

This bio-mechanical affair, boasting some gruesome enemy designs, is the work of just one man. Expect 16 stages, over 20 weapons, three space crafts, and some open-world stages.

Ratalaika Games is best known for publishing inexpensive indie titles, commonly costing less than a fiver. Remote Life is set to become an exception, with its price set at £14.99 across PS5, PS4, Xbox One, Xbox Series and Switch.

Remote Life 2 has already been revealed, but rather than a direct sequel, it takes the form of a run and gunner. It’s still some way off, giving plenty of time for console owners to try the original first.