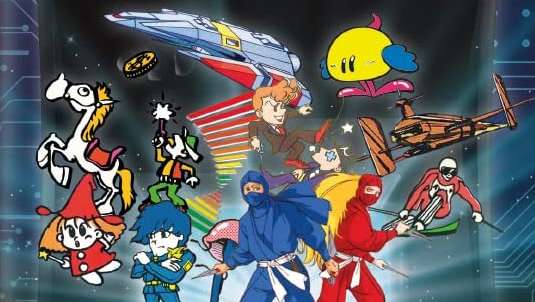 ININ Games’ Taito Milestones is the next retro collection on the agenda, and it’s less than two weeks away – American and European Switch owners can expect it on 15th April.

It’s set to provide ten classics from Taito’s vault, and as the name suggests, the collection is intended to be a celebration of milestones from the company’s rich history.

It’s a similar proposition to the excellent SNK 40th Anniversary Collection, which focused solely on games from SNK’s early years.

The games included are:

• QIX, 1981, Puzzle. Draw lines as the “Marker” and capture areas by encircling them! Watch out for enemies while moving around!

• FRONT LINE, 1982, Run-and-Gun. Push forward to the enemy camp as a foot soldier! You can also drive tanks and armored vehicles!

• WILD WESTERN, 1982, Shooting. Defeat the gangs attacking from all directions with your trusty rifle! You are the law!

• Chack’n Pop, 1983, Platform. Hang in there, Chack’n! Get back the hearts from the thieving monsters!

• ELEVATOR ACTION, 1983, Action. Infiltrate a building as a spy on a solo mission, get all the secret documents and make your escape!

• The FairyLand Story, 1985, Platformer. As the witch Ptolemy, defeat the monsters deep inside the castle!

• HALLEY’S COMET, 1986, Shooting. Halley’s comet is headed for the planets of our solar system! Destroy the computer at its centre!

• THE NINJAWARRIORS, 1987, Action. Advance into enemy territory as an android ninja to crush the evil Banglar’s ambitions!

With Hamster (also responsible for the Arcade Archives series) involved, we’re confident that the emulation quality will be hard to fault. We do have some reservations about the game list, however, with Space Invaders – one of the most recognisable games of all time – peculiarly omitted.

The Switch eShop page is live, and the physical copies are available to pre-order.