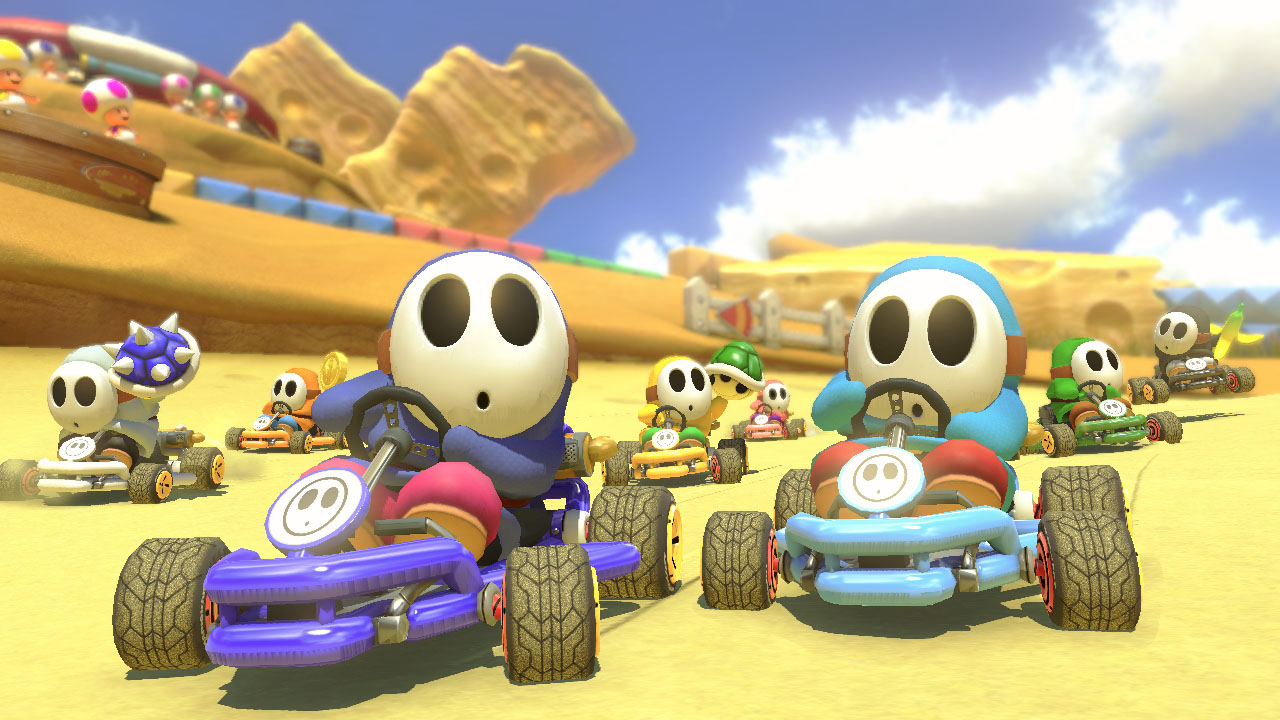 Mario Kart 8 Deluxe has proven itself to be the ‘go-to’ game for the Switch; the one title almost every owner buys at some point, usually alongside the console itself.

It’s impressive that it managed to topple FIFA 22 – EA’s soccer sim has seen a slight price drop over the festive season, available for around £35. It remains no.1 in both the PS4 and Xbox One charts.

Spider-Man: Miles Morales also climbed one position, now at #4. Call of Duty: Vanguard wasn’t as lucky, falling from #3 to #5.

At #6 it’s the return of Pokémon Brilliant Diamond, up from #12. An impressive recovery.

A few other Switch games were on the rise elsewhere, with Ring Fit Adventure, Zelda: Breath of the Wind and New Super Mario Bros. U all re-entering the top 20.

On the flipside, both Battlefield 2042 and Marvel’s Guardians of the Galaxy – one of 2021’s most pleasant surprises – both exited the top ten.

Uncharted: Legacy of Thieves Collection and Pokémon Legends Arceus aren’t due until 28th January – being the biggest releases of the month – so expect a stagnant chart until then. Oh joy.