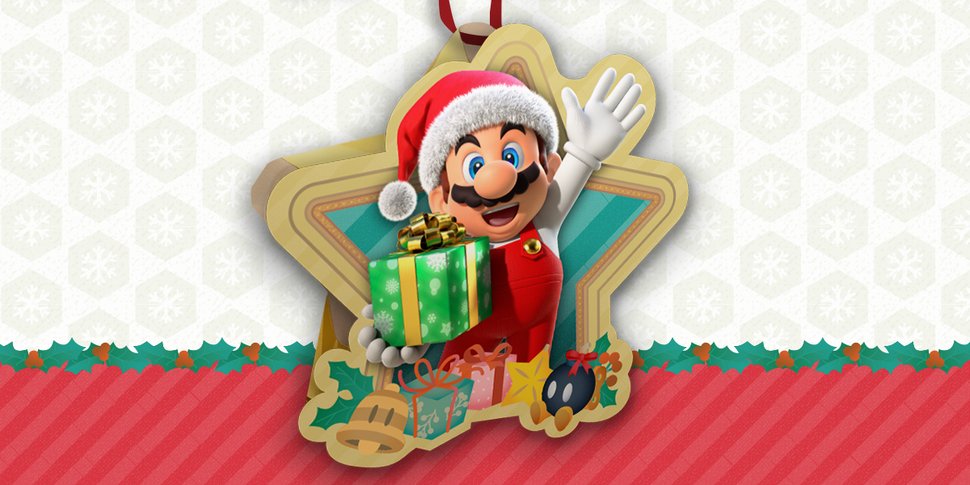 Our Christmas gift guide for this year (hello, by the way!) begins with something you may want to grab for yourself and admire before the big day. Hallmark has released three new Nintendo tree ornaments: Mario holding a mushroom, an authentic-looking NES controller, and Yoshi – in festive green and red. Or rather, his everyday colours.

Super Mario Uno isn’t bank-breaking either, also available for under a tenner.

From Mario to Zelda. Game & Watch: The Legend of Zelda brings together three Zelda games and a recreation of the Game & Watch classic Vermin, available for around £45. Last year’s Game & Watch: Super Mario Bros is still available too. These are lovely little collector’s pieces, being very well made.

The latest Evercade carts, meanwhile, include Bitmap Brothers Cartridge 1 and the Intellivision Cartridge 1 for £14.99 each.

At £50, the Super Retrocade offers plenty of retro action, containing 98 games from the likes of Capcom, Data East and Irem. There’s a good mix of console and arcade games, with lots of well-known titles. It’s odd this didn’t gain more press coverage, as it’s one of the better examples of a plug and play.

Paladone has taken a break from churning out copious gaming lights to produce a nifty line of LCD clocks. The PlayStation Controller Clock, and the Xbox Controller Clock catch our eye. Younger gamers may also enjoy the Minecraft TNT Alarm Clock.

Actually, we lied. Paladone are responsible for the Animal Crossing: New Horizons Logo Light – with two modes – and this retro Super Mario USB light, which can be plugged into any USB port.

Numskull are just as prolific as Paladone this time of year, with one of their newest ranges being ‘Power Idolz’ wireless phone chargers that mix character designs with iconic cover art. These were revealed to mixed reception – some loved the idea, others found them offbeat. Currently Sonic is the only gaming character in the line, with the rest comprising of Jaws, Back to The Future, and Ghostbusters.

Numskull has recently released a 30th Anniversary Sonic & Dr Eggman statue too. At around £60, this is one for lifelong Sonic fans.

If you’re a fan of Numskull’s Sonic ‘Power Idol’ you’ll likely approve of Cable Guy’s Sonic range too, which has grown to include not just Sonic, Tails and Knuckles but good old Amy Rose too.

Rewinding back to Animal Crossing, Bandai has released a 7-piece doll collection with flocked fur. Bandai also has a bunch of new Tamagotchis too, including Hello Kitty and Pac-Man models.

Digimon virtual monster pets may also satisfy twitchy fingers, coming in at £19.99 each, and available in an array of colours – including brown.

For bookworms, there’s Chris Scullion’s exhaustive SEGA Mega Drive, Super Nintendo and NES encyclopaedias. We’ve found them to be very insightful, full of trivia. Then there’s Pac-Man: Birth of an Icon, which is full of historical imagery, and Evan Amos’ The Game Console: A History In Photographs – a tour through the evolution of video game hardware, with full-colour photos of over 80 consoles.

Lastly, we have a trio of (ahem!) single duvet sets. One set features Super Mario and chums, available for under £20, while this Halo Infinite set bears a stylised Master Chief. For some reason, there are around six different Xbox bed sets, allowing you to – quite literally – power your dreams.