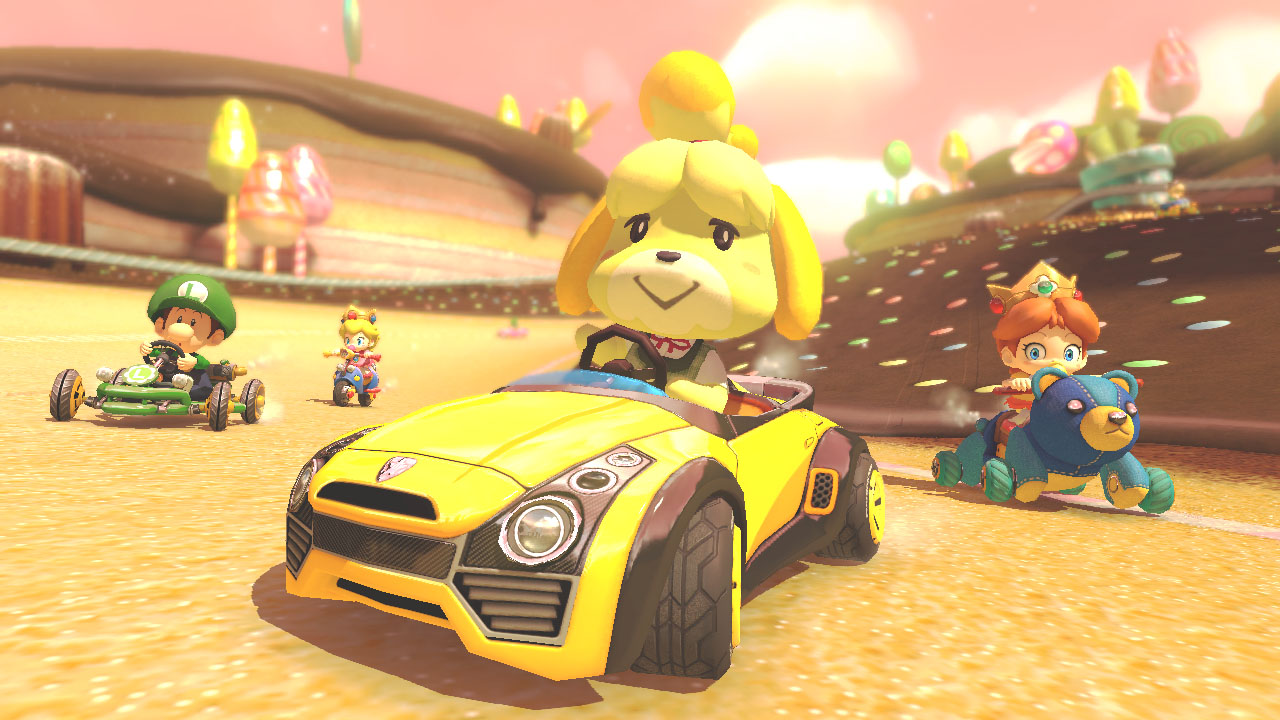 It certainly seems we aren’t going to see a new Mario Kart or GTA any time soon – Mario Kart 8 Deluxe and GTA V continue to sell well, this week claiming the top two positions in the UK top 40.

Mario Kart 8 remains the ‘go-to game’ for those purchasing a new Switch, usually bought alongside the system itself, while GTA V can be easily found for the appealing price point of around £15. The fact that GTA V has just left Xbox Game Pass likely played a part in its sales spike too.

The game at #3 in the all-formats top 40 isn’t the freshest either – it’s good old Minecraft on Switch.

After climbing to #3 last week, SEGA’s Olympic Games Tokyo 2020 falls to #4. Expect some hefty discounts now that the event is over.

Zelda: Skyward Sword HD dropped to #9, and then at #10 it’s the return of Ratchet & Clank: Rift Apart. The PS5 exclusive has rocketed from #40, suggesting a restock.

The usually stagnant 3DS chart also sees some activity this week – shock! – with NIS Americas’ Devil Summoner: Soul Hackers, Stella Glow and Etrain Odysee Untold making re-appearances. This would suggest an online retailer has discovered a stockpile somewhere. Either that or they’re reprints, although this does seem unlikely.